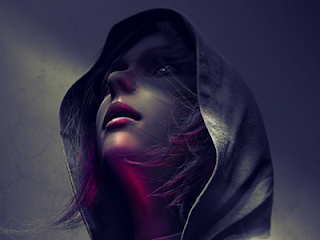 The iOS platforms have a few games that are both exclusive and AAA-quality – think Infinity Blade or Call of Cthulhu: Wasted Land. A new Kickstarter has launched for a game that promises to blow them all out of the water.

A team of ex-Halo, FEAR and Metal Gear Solid developers are seeking $500,000 to develop and publish Republique. It is, frankly, a really, really intriguing game; an action game that does’t focus on killing, and some massive production values built from scratch for the iPad and iPhone.

It’s going to be a thoughtful kind of game, promising a “believable, non-sexualised female lead,” and to “explore heavy topics, and say something meaningful.” It also helps that it looks gorgeous, even so early into the project.

It looks like an intense, killer exclusive for the iOS. Unfortunately, the reason it’s a Kickstarter project is the developer team is having difficulty convincing investors that there is indeed a market for “real” games on the iOS.

So you know what to do, folks with iPhones and iPads. Click on over to: http://www.kickstarter.com/projects/486250632/republique-by-camouflaj-logan to make that pledge.