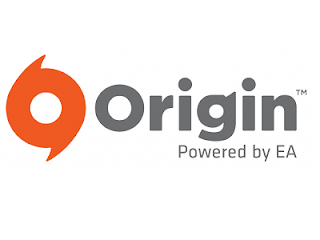 An interesting report over at GamesIndustry.biz suggests that EA, which has been trigger happy with the actions, might itself be up for acqusition shortly.

The report quotes Panoptic Management Consultants CEO, Asif Khan, as claiming that EA might become a very attractive target for acqisition by the even bigger fish, such as Disney. The rationale behind it is that EA is currently at a good price and good market position for acquisition, and that much is very true – the share price is good and EA has reach into the mobile gaming space as well as the AAA-class console game space that virtually every other publisher would be envious of.

It’s an idea that is very, very attractive when you think about it. Disney is itself no stranger to making big acquisitions (Marvel), and the one piece of the entertainment jigsaw it has largely been missing out on is the games space. EA would significantly bolster its own digital interactive entertainment division, and bring with it a range of very attractive IPs.

But let’s think about some other possible acquisition partners that would go down well with EA. Immediately I can’t help but think of Apple. Apple hated games when Steve Jobs was at the helm (ironic since Atari was Jobs’ first Job). There’s no reason to think that Tim Cook would have the same love/ hate relationship with games. And, if Apple is serious about the game space it really could use the kind of resources that EA would bring to the party.

Also, Apple could spend a few billion dollars on EA and barely put a scratch in that bank account.

But here’s an even more intriguing possible acquirer: Nintendo. It would be an expensive purchase for Nintendo but it would bring some major capabilities into the organisation. Nintendo still needs to upgrade its online capabilities, EA has Origin. Nintendo is under pressure to get involved in the mobile gaming space, EA has plenty of that (including one of the biggest mobile game developers, Firemint, a very Nintendo-like developer in its own right). Should Nintendo decide to make EA properties Nintendo exclusive… well, that would sell bucket loads of Wii Us before you even took Mario and Co. into account.

I like the idea of EA being acquired. I think it’s a company that could contribute more belonging to a group with more resources than it can manage by itself.