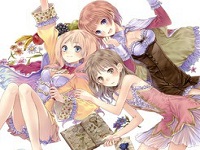 Thanks to the likes of NIS America, we’ve had the opportunity to play more of these games this generation than perhaps ever before. It seems there is a small market of gamers willing to overlook the more “otaku” elements to enjoy games that the Japanese have been enjoying en masse for years. Getting into them can be a challenge, though, so with that in mind, here’s some of the games we think deserve the perseverance to get past the often distasteful exterior.

We’ll start the little list with a game that’s nowhere near on the same scale as the others that will follow, but I think it deserves a special mention for playing to the same crowd, while also poking fun at it.

The game wastes no opportunity to poke fun at the size of the female character’s body parts, and especially plays up the lolicon character, Rachel. As with any of these games, it finds a convenient excuse for some of the eyebrow-raising dialogue choices (Rachel is a vampire hundreds of years old and that makes it a-ok, right?), and in fairness to this game it doesn’t go too overboard too often (though one scene when Ragna the Bloodedge finds himself wearing the “Glasses of Eros” deserves special mention. The art and those special moments are just enough to have it sneak into our list. 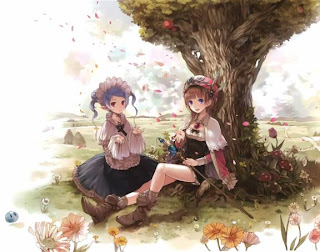 I can’t begin to describe how much I enjoy this series. It takes the JRPG genre and adds some interesting twists to the formula – a focus on alchemy rather than combat, for instance, and a time limit pushing the story along. In many ways, since the trilogy starting with Atelier Rorona, this series has become my very favourite JRPG series.

But to enjoy this game requires pushing past some rather unpleasant otakuness. For instance, in the official art book to the series, the art designer for the game explains how he was aiming to show off Rorona’s legs. Rorona is 17 or so, mind you. Every bit of art work aims to show as much of the bodies of these under-18 year old girls as possible. And, of course, the dialogue. Oh, the dialogue.

It’s firmly tongue-in-cheek and more interested in poking fun at itself and the entire genre, though, so it’s hard to get too worked up over these games. Ultimately they land safely on the side of “harmless fun,” even if the art will at times raise eyebrows. And the gameplay is well worth the effort to get into these games. 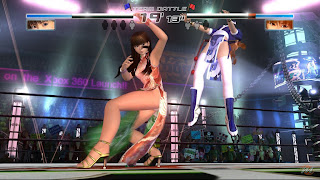 In the west Dead or Alive is probably the most famous game for the reasons that we’re putting together this list. It’s a game that, on the surface, is all about big bouncing breasts and skirts with exaggerated gravity physics to make sure everyone gets a good eyeful of underwear.

Ignoring the Dead or Alive Beach Volleyball games (which are unforgivable for being little more than fanservice, and not good games at all), the fighting games are deceptively good. As the rather fun saying goes “come for the breasts, stay for the brains,” and that is certainly true here. The Dead or Alive fighting games are very accessible, fast and furious fun. They’ll never attract the hardcore fans of Street Fighter, but for more casual fighting game fans, this is a series that’s worth looking at beyond the jiggle factor. 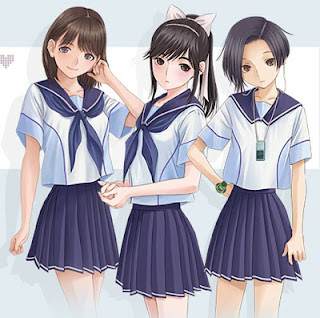 This game kills me from disappointment in how misunderstood it is, it really does. It hasn’t even been translated into English, but that hasn’t stopped it from gaining a terrible reputation for fan service, on the basis of one fan being unstable enough in the head to marry one of the game’s characters.

Never mind that people have married their fridges before, and never mind that in the west there’s evidence to suggest that less mentally able people have been affected by violent games for the worse, the real disappointment here is that Love Plus isn’t even what it’s made out to be. Purely on the visual side of things yes, there’s school girls and the goal of the game is to “date” them, but the reality is that Love Plus is a high school drama and it’s really no different to watching something like, say, 10 Things I Hate About You.

And it is a really, really good game. It’s been exhibited at art exhibitions, and it scores incredibly well in the Japanese game magazines. Somehow I don’t think any of that is going to help the game’s reputation out here. 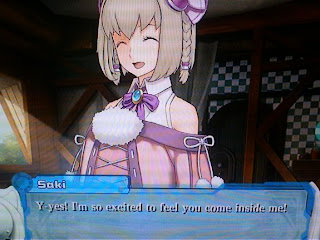 Amazingly enough, this isn’t the “worst” game in this little list but it’s this game and the next when things become genuinely difficult to look past. The innuendo is simply too intense and… too genuine… to simply pass off as self referential humour, and the situations become more and more otaku.

The second feature is the way in which the girls become more powerful. Though the girls are for all intents and purposes human they are robots underneath, and their inner powers need to be unlocked by the male hero diving into their circuitry. And yes, the game plays that innuendo for all its worth. Plenty of jokes about coming into the girls there.

As I said, underneath all that silliness is an action RPG combat system that is interesting in the way it combines music and actions, and a story that is almost sweet. It’s just that this is a game that was clearly designed for a certain kind of gamer, and it knows it.

And Ar Tonelico Qoga’s got nothing on the sequel to Hyperdimenson Neptunia. For the most part, mk 2 actually plays it pretty safe. Sure there’s the squeaky girl’s voices and hyper-bright visuals, but that’s easily forgivable because the story itself is an amusing take on the game industry itself and the combat system is a lot of fun.

And then this happens:

CFW Trick is quite genuinely the most offensive enemy boss I’ve ever encountered in a game. On the one hand that also makes him a very rewarding boss to destroy, but on the other hand this is a moment in a game that could make you lose friends if they saw you playing it.

Once again, I don’t want to take anything away from these games, because they’re actually all very enjoyable in their own right – as you’ll see from the positive reviews across the board. But perhaps, just perhaps, the reason that these games don’t have a more mainstream appeal is because getting to the good stuff requires looking past some often unpleasant stuff.