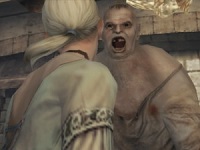 So I’m making my way through the Silent Hill HD collection at the moment (read my first impressions here). And naturally that’s got me thinking about all the great horror games that I’ve played over the years.

It’s a difficult genre to get right, and certain famous horror games have lost their way over the years. So, in honour of the genre (and to get my mind off the horrors of Silent Hill), here’s the ten games that I believe are the best I’ve ever played: 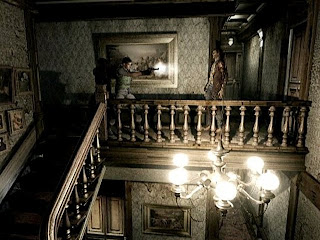 Kicking off our little list is the game that would have been the first horror game experience for many. Resident Evil is, arguably, the first massively popular horror game series, and this relatively humble first effort kickstarted what has become one of the most important game IPs of all.

Of course by modern standards the game doesn’t hold up well at all. The visual style is horribly dated and the zombies are laughable, though the remake on various consoles is sublime. One thing has remained though through the years that modern Resident Evil games have lost; the tense controls. The slow movement and the difficulty of turning with the “tank” controls made for an experience than had a young me very fearful of what was behind me. Even if it was a slow moving zombie. And that, to me, is what a horror game should be. These precision controls of modern Resident Evil games? Easier and less frustrating, yes, but the games are more of action experiences than horror games now. That disappoints me. 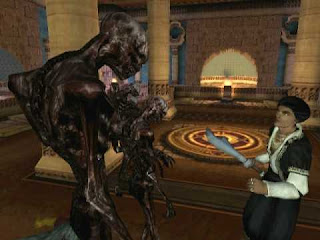 Eternal Darkness is a strange horror game. It’s not actually that scary, for a start. The monsters are rather unintimidating, and an interesting quirk of the game’s storytelling means each “chapter” in the game is a brief cut scene and level with a different character. 13 odd characters later and they’re all over so quickly it’s hard to feel a connection with any of them. That connection with the characters is critical for a horror atmosphere to work.

But it’s what happens behind the scenes that makes this a mind-twisting game. The famous sanity effects in the game itself are one thing, but more importantly, every part of this game is a homage to HP Lovecraft. From the music, to the envionments, and the story itself, it looks and feels just like a Lovecraft story. Those who know Lovecraft well can easily imagine that this is a bit of lost canon in the mythological lore, and then the horror hits. 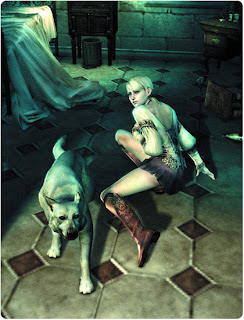 Defenceless girl + unintelligent but enthusiastic animal helper + psychotic monsters that chase her all over the place = Haunting Girl. It combines those classic horror elements of isolation, the grotesque, and defenselessness into a tense and atmospheric game that flew far too far under the radar.

The game does such a good job of controlling the information flow to the player to ensure the game stays a mystery through much of its running time, and there’s some genuinely shocking, dark themes running behind this game. It’s also a relentless game where standing around thinking will do more harm than good. If only the developers hadn’t ruined the game’s puzzles by having the stalkers show up while you were in the middle of them. 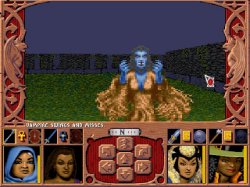 This is an old, old game now, but it still does a good job of creating a thick atmosphere of gothic horror. Strahd is Dungeons and Dragon’s answer to Dracula, so the video game is thick with the fog (handy for hiding monsters behind, too), depressing NPC stories and a soundtrack that, while composed of primitive MIDIs, still manages to be haunting and memorable.

It’s hard for RPGs to carry a genuine sense of horror. The nature of the genre is that characters tend to be powerful, and level grinding is a solution to powerful monsters. Dark Souls is a modern example of the two styles marrying well. Strahd’s Possession was a great example many years ago. 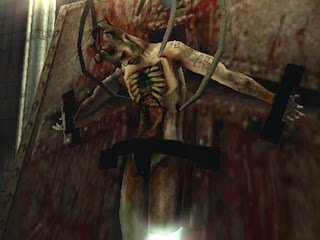 While the game isn’t an RPG, it was clearly heavily inspired by Chaosium’s Call of Cthulhu pen-and-paper RPG, and there’s a wonderful mix of action, stealth and raw horror storytelling experiences to keep just about everyone interested. A real rollarcoaster ride. 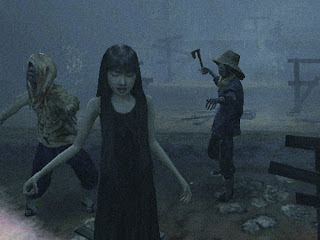 Of all the games on the list, this is probably the least, in terms of quality as a game. There were some gameplay quirks that were good ideas but failed in execution, and there were some other things that should never have been thought of it in first place.

But Forbidden Siren makes our list for its sheer tenacity in creating a horror atmosphere. Few games are as earnest in creating something out of a nightmare. There was little attempt to sanitise the game to appeal to a mass audience (unlike recent Silent Hill and Resident Evil games), and there was clearly some talented writers that kept people playing through its less refined moments (unlike Amy).

And that raw energy of the game put it above its more refined, but soulless sequels. This series went south after the first game, so make sure the original is the one you play if you feel compelled to track down a copy. 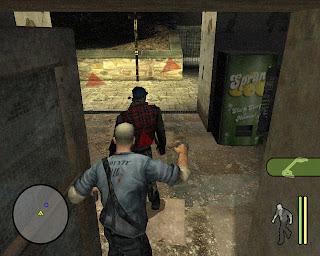 By far the most adult game ever made, Manhunt does an absolutely spectacular job of taking violence to a horrific extreme. Setting itself up as a snuff film simulator, Manhunt is underneath all those layers little more than a standard stealth game. But it is so much more than Tom Clancy or Metal Gear Solid games because it is so unflinchingly brutal.

Never through Manhunt does the player become sanitised to the experience. Rather the depths of depravity become ever more pronounced. The best film I can compare this to is Gespar Noe’s classic Irreversible. You’re uncomfortable as you play this game, and you’re meant to be. This is theatre of transgression at its finest, and Foucault would be pleased.

The sequel went so over the top that it could hardly be considered a horror game any longer. In other words, Rockstar reverted to its typical “so overblown it’s funny” style. Fingers crossed for a HD remake of this one, though. 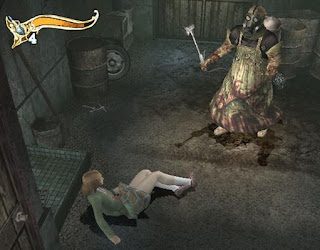 Clock Tower 3 is a little like Haunting Ground, but more extreme in its themes. The main character is a soft-spoken English schoolgirl, Alyssa, which in itself is a less-than-subtle visual pointer to how inferior she is to the very big, nasty serial killers that chase her down.

It’s so important to hide in this game, and the killers are actively stalking Alyssa at all times that players start to feel fear about what might happen in the next few seconds, rather than simply reacting to what they’re seeing. Anticipation is often said to be the real secret to success in horror tales, and few do it as well as Clock Tower 3. 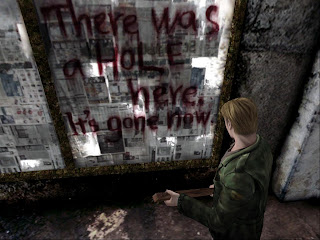 Of the “blockbuster” horror games, Silent Hill 2 deserves a lot of respect. It’s an utterly uncompromising ghost story, complete with horrific imagery (Pyramid Head), balance between action and exploration, a tense setting and very little real hope for the player as they’re moving through the town.

As with Resident Evil the actual technical elements of the game don’t hold up so well, and the recent HD remake of the game has done nothing to fix this. If nothing else, that visual upgrade will do wonders for a game that was ahead of its time. Stay tuned to Otaku Gaming for the full review! 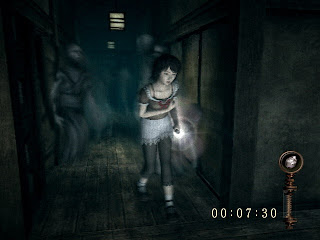 The greatest horror game ever, and by a significant margin. Fatal Frame is ever so slightly subtle in its approach, but it’s a game that grows in intensity. The atmosphere drips through the screen and, like Haunting Ground and Clock Tower, the idea of taking physically inferior young women, and thrusting them into a scene of very deadly danger is a timeless theme that will likely never outstay its welcome.

But Fatal Frame’s true brilliance was in removing the weaponry. By requiring combat to be resolved without guns, the focus moved away from the gore and ammunition counting and placed it firmly on surviving the hellish story.

Play Android Apps on your PC? Yes, you can