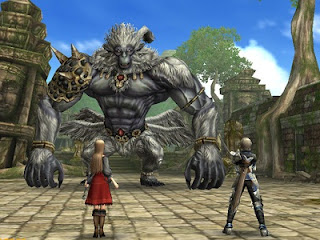 One of the common misconceptions about iOS game development is that premium priced iOS games can’t sell well. Some recent games suggest that is blatantly incorrect.

Case-in-point #1: Square Enix. Square Enix insists on pricing its iPad games for over $15. Its most recent game, Chaos Rings 2, is $20.99 in Australia. That game is currently 80th in the highest revenue earning games in Australia, and its previous premium priced games; Final Fantasy Tactics and Final Fantasy III, have performed remarkably well in the charts.

Of course, it’s easy to dismiss that data as an aberration, since there’s a lot of brand power sitting behind Square Enix games, and it’s a company with a really loyal fan base, who are used to spending premium prices for console-quality games.

Enter case-in-point #2, Battle Academy. Also a premium priced game at $19.99, Slitherine’s title has nowhere near the same raw brand power as Square Enix games. And yet there it is, hitting the top 10 charts in France, Italy, Germany, Spain and the UK, and charting in the top 20 in the US.

Now, that game deserves to chart well. It’s a great game and we scored the PC version very highly at Digitally Downloaded. But it does fly in the face of conventional iOS sales wisdom that states that freemium or $0.99 apps are the only successful model.

A Matrix Games press release quotes the director of the company, JD McNeil, as saying “We knew we would come in for some flak when we released at a premium price point, but simply put we figure we know more about our audience than many of the so called experts. The received wisdom is that iPad games should be free and then milk the audience for all its worth with micro sales. We know this is a broken business concept, sure it might work for a lucky few, but certainly not in the real world we inhabit. My own view is that the sort of price points we are seeing are simply unsustainable and will lead to multiple casualties along the way.”

Big props to McNeil for having the guts to say this. The reality of iOS games is that people are willing to spend money on them. Whether that’s $50 through microtransactions, or $50 upfront, if developers provide a game that is compelling enough, people will spend the money.

Skyrim gets all cinematic with update 1.5