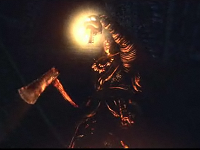 And we at Digitally Downloaded rejoice. From Software, the fine folks behind the fine Demon Souls and Dark Souls (and upcoming Armored Core) have announced the intention to produce smartphone and tablet games.

An interview with From Software executive producer and director of business development, Eiichi Nakajima, and Game Trailers explains it all, really: “”We’ve always been about making games for the core gamer,” Nakajima explained. “And they weren’t necessarily games that did well financially, which is too bad. The success of both Demon’s Souls and Dark Souls, which have each sold over a million [copies] per title worldwide, has made us shift our thinking internally to not just core gamers, but to globalise our products, that they can be successful on a worldwide scale. That’s now one of the key pillars we consider when we develop games in the future.”

In other words, although Demon’s Souls and Dark Souls were critical successes and minor commercial hits, it’s time to look at the very big pot of gold that is the more casual gamer.

That would seem to suggest that there won’t be a hardcore Souls game on the way for the iPad, and that From Software’s iOS/ Android output will be somewhat more casual, but apparently not!

“If we do go down that path, it’s not going to be what you see on the market today, [which are] more watered down, less ‘core’ experiences,” he continued. “We like to make games for core gamers, so if we take that approach, it’s going to be a core experience on a tablet, something that gamers are going to love,” From Software head of R&D, Masanori Takeuchi, said in the interview.

Personally, I have my fingers crossed for King’s Field iOS.