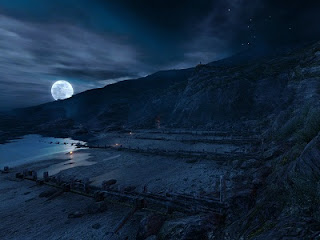 Rarely you come across a title that departs from the videogame convention so dramatically that you start to question its status as a game. Even rarer, you gleefully abandon the well-worn path of gaming and race into the scrub after it, chasing down its validity as a piece of artistic expression. In Dear Esther we find not only this elusive title of which we speak, but we may also be finding a completely different media experience never seen before now.

Before I get all philosophy-like and excited as a dedicated English nerd about this game, I need to tell you about what it is.

Dear Esther starts with you on a dock with no idea who, where or even when you are. Seeing nothing obvious for you to do in the game, the most logical step is to walk, and walking is what you will be doing for the whole of Dear Esther. As you explore the island, looking for clues or hints about the meaning of this whole situation, the voiceover of a British man speaks intermittently between locations and specific objects giving you 95 per cent of all your information. 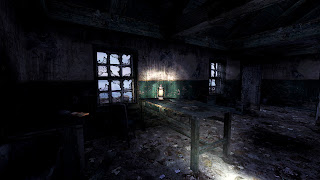 The most immediate comparison between this and some other videogame I can find is within Myst, but even then it’s with a few catches. The main thing about this comparison is that to be similar, you have to remove all the gameplay elements from Myst. No item collection, no puzzle solving, no nothing. Dear Esther on a gameplay mechanics perspective is a shell. It has no user input except for the WASD keys and mouselook. Movement is all you are – and without a jump button. It’s not by any standard a traditional game.

The game has been described by some as a ‘bushwalking simulator’ (that’s hiking for all you above Down Under) and it is that in one perspective, but to use such a term completely misses the point of what it is actually about. Saying that Dear Esther is a game where you hike to places is like saying that Lord of the Rings is about a short guy walking around with some jewellery. 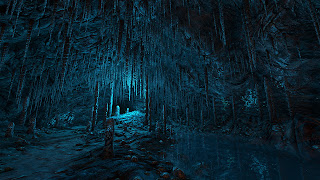 This isn’t a sim at all. This is a new sort of interactive fiction. Dear Esther is all at once an oil painting, a poem and a memoir all rolled into one wonderful medium. If this sounds terribly pretentious to you, then it’s because it is a bit. So if you’re after a run-n-jump shooter or something generally traditional I’d refer you to almost any other page on DD.net, but if you are a fan of the kind of movies like Donny Darko, you are going to adore this ‘game’.

The reward here is exploiting the immersiveness that gaming provides. With movies, plays and visual arts not being high up the immersive scale compared to novels (justification here being that you can sit and read a book for hours then wondering as you finally look up; is the sun rising or setting? Films do not afford this), Dear Esther takes a novel, ties it up in a painting and pushes it into a movie, all with you in the driver’s seat. And oh God. It’s so beautiful. (Achieved with so little processing power too. The HL2 engine was surely created by gods.) 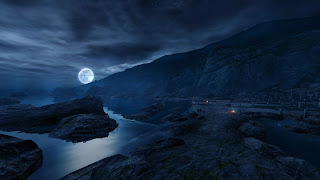 Granted, this glued-to-your-seat experience only lasts for about an hour and a half if you take your time, (which you should) but what an enthralling hour and a half. Unfortunately, I cannot ruin the story for you, nor can I allow myself to taint your interpretation with mine, so I’m afraid I can’t tell you the plot. And since the game is nothing but style and human insight, this review is going to be a bit short.

Replaying the game has only provided me with more information, as it gives different spiels every time you play it, and I’m still deliciously vague on some details. Share your interpretation on it in the forums. I will be there myself and I’m keen for some different explanations!

This is perhaps the most different game DD.net has reviewed, and I’m glad to have been the one to do it. This game deserves to win all the awards it is nominated for, if only because it shows us the box we’re all thinking in and simply tosses it out of a highrise.

Thus, I have to rate this five stars. The first I have ever awarded here in my stint at DD.net; which should say something. I have only the recommendation for those of you interested in a fundamentally different approach to gaming, or loves reading, art or all those other hipster things, give it a shot. But I have to repeat this isn’t for everyone.