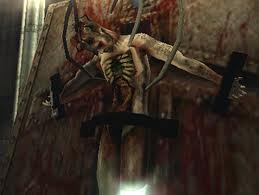 Call of Cthulhu: The Wasted Land inspired me to revisit Call of Cthulhu: Dark Corners of the Earth, a Bethesda release from 2005 that, at the time, was the best Lovecraftian horror game ever.

What made this game so incredible is its understanding of Lovecraft’s mythos and atmosphere. Thrusting you into the role of a detective – and not a muscle bound, gung ho, Robert Downey Jr’s Sherlock Holms kind of detective. You’re a person, and not a very well armed one. 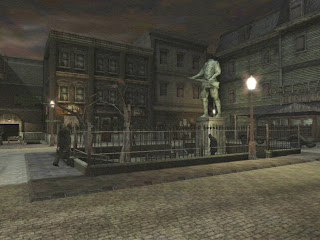 Dark Corners of the Earth was much more of a stealth game than a FPS. Indeed, through a big chunk of the first half of the game, you’re not even armed. Your enemies are, and they shoot at you through some memorable scenes indeed, but you can’t fight back until you finally track down a gun, and after that ammunition is severely limited. This is survival horror at its finest.

But that’s not to say this game doesn’t do action well, because it does action very, very well. Early in the game your detective will decide to spend the night in a run-down hotel room. The somewhat less than human thugs will at some point in the night try and bash down the door to lynch you. So you push a bookcase in front of the door to stop them. That’s when they realise they can access your room from the neighbouring room – there’s an extra door connecting the two.

So you rush into the next room and block that door too. Then it’s time to escape. You leap from the window to the adjacent building, and start running like hell, the whole time being shot out. Eventually you find somewhere to hide, for a brief moment of respite. 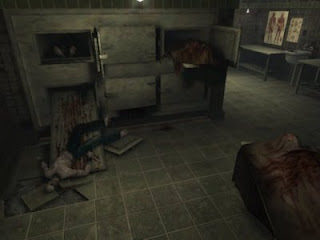 Another event will have you sneaking into a police station to gather some vital items. The only genuinely safe way to do that is to not ever be seen or heard, taking out the enemies with a crowbar to the head.

It’s also worth noting as a side note that that hotel scene is a perfect recreation of “Shadow over Innsmouth,” a classic (and in this critic’s opinion, the best) Lovecraftian story. If books were video games, it would indeed be a pixel perfect recreation, and I’ve never seen a better translation of a novel to a video game than this.

The detective’s humanity is further reinforced by his limited grip on sanity. If he sees things that are otherworldly, or especially horrific (such as a room filled with dead bodies), the screen starts to blur, and his heart beat spikes, which is felt through the controller rumble. It becomes hard to see, movement becomes difficult, and generally speaking, if he doesn’t get away from the offending material shortly, it’s going to be game over.

Because the monstrous affects the detective so profoundly, when it appears in Dark Corners of the Earth, it tends to be more of a dramatic event than a matter of course. And in turn it means when the monsters show up, it’s bad news. Dark Corners of the Earth doesn’t really give players the chance to get desensitised to what’s going on, and that’s precisely how horror should be. 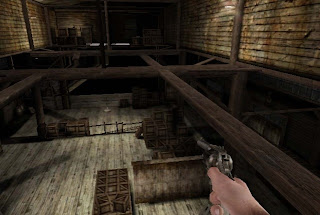 Remarkably, this game still looks good by today’s standards. A little simple and down on detail, sure, but there are far uglier games that have been rereleased as HD classics. The setting drips atmosphere, and the only real flaw with the presentation is the voice acting, which is very much last gen.

Then again, Lovecraft was a pulp fiction writer, so in a strange kind of way, those moments of B-grade boost, rather than dilute, the authenticity of the Lovecraftian horror.

The only real downside to the game is the spectacular set up in the first and second acts of the game is let down by the third, which degenerates into a more conventional horror game, and escalates the horrors to the point where they’re more Resident Evil than anything else.

But just for the first and second acts, this game is a must have for anyone who likes horror games, or H.P Lovecraft. It’s available on Steam for a song, so go grab it already.

10 PS2 classics that would be perfect on iPad