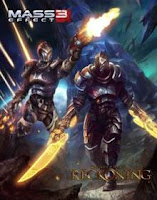 When the Kingdoms of Amalur demo launches on Xbox Live and the Playstation Network on January 17th(US), it’s going to be bearing gifts for Mass Effect 3. And that Mass 3 demo? It’ll be returning the favor.

“We are thrilled to have the opportunity to deliver this massive one-two punch with Kingdoms of Amalur: Reckoning and Mass Effect 3. We wanted to provide fans of the Mass Effect franchise with a unique set of rewards for diving into the expansive universe of Reckoning,” said Curt Schilling, Chairman and Founder of 38 Studios.

Much like the setup between Dragon Age and Mass Effect, this one features items and weaponry usable in the each demo’s partnered game. Where this is a little different is in the fact that you have to play/finish the demo’s to get the goodies. And those goodies are pretty slick.

By playing the Kingdoms of Amalur: Reckoning demo, gamers will receive two unlocks for Mass Effect 3 when the highly anticipated game releases on March 6, 2012, both designed by the renowned creator of Spawn, Todd McFarlane:

·         The Chakram Launcher: This weapon uses a fabricator to manufacture lightweight, explosive ammunition discs. This weapon is earned after completing the Reckoning demo and watching the trailer at the end. 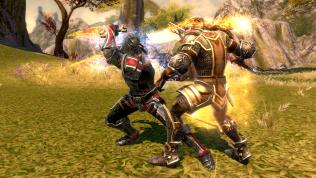 By playing the upcoming Mass Effect 3 demo, fans will unlock the following items for Reckoning when the game launches on February 7, inspired by Mass Effect:

·         Onmiblade Daggers: A holographic blade stemming from Commander Shepard’s Omni-Tool, the Omni-blade allows players to stab enemies in close combat. Once players install and play the Mass Effect 3 demo, they will unlock the daggers. 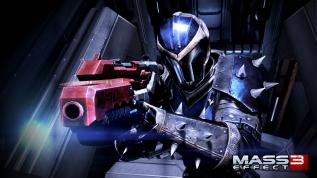 And a tad more on the KoA demo:

The Kingdoms of Amalur: Reckoning demo features the introduction to the game, allowing players to experience the game’s Tutorial Mode and a portion of its large, open world. Players will create and customize their hero and drop right into the action. Once players master the basics, they will have 45 minutes to explore the vast world of Amalur and begin to embark upon a quest that could redefine their character’s destiny forever.

Personally, I’ve never been into playing demo’s since I feel like they almost spoil the full game for me. If we’re talking exclusives though- just for playing -I actually might bite. What say you out there in reader land?