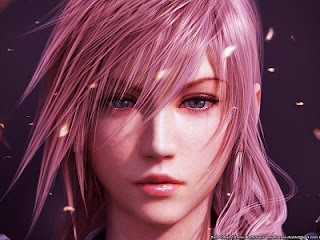 Thanks to Square Enix we’ve all had the chance to play a whopping 1.7GB demo of the soon-to-be-released Final Fantasy XIII-2. Having completed that; anyone who is still unwilling to give the game a chance is simply too hard to please.

Now I was a fan of Final Fantasy XIII, but just going through a brief checklist of what others had complained about in that game that Square Enix has fixed this time around; there’s far less of a sense of linearity. There are now people to talk to even deep within the dungeons (which now have branching paths). Side quests are littered about the place and worth investigating to break up the main game. There’s puzzles and investigation interspersed with the combat and story sequences.

The game also feels strongly reminiscent of the earlier Final Fantasy games thanks to random battles making their first comeback since Final Fantasy X-2. To stop those from becoming frustrating, it’s easy to avoid said battles but you’re not going to want to; the battle system is even more dynamic and exciting that the previous game. 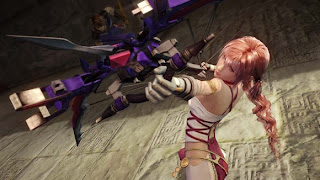 The pace of paradigm system, which has returned largely intact from Final Fantasy XIII, is a bit snappier this time around. There’s also greater variety, thanks to the monsters. There’s only two human characters in FFXIII-2; Serah and Noel, but defeating monsters in battle can unlock them in your own team. Each monster plays a role within the paradigm, so some are Commandos, others are Ravagers or even Medics, and as you change paradigms the monster that fights at your side (one at a time), will also change to suit the new strategy.

You use items to level these monsters up, and each monster also has a unique “super” ability, which activates when a bar that fills slowly during battle fills to full. As a result of this constant monster switching and the sheer variety you accumulate, the game has a wonderful dynamic feel in the combat, and plenty of menu work for the stat-cruncher to play with to maximise the effectiveness of their teams.

The demo even presented you with branching paths to tackle the main objective; taking down a massive giant nasty thing. You can descend into a labyrinth to try and activate a crystal that will weaken him, or you can go in all guns blazing. Slight as it might be compared to, say, Skyrim, the loosening of control over pacing and the experience in Final Fantasy XIII-2 means that Square Enix has a far more traditional JRPG on their hands this time; less focused than FFXIII perhaps, but one that fans of the series really ought to lap up this time. 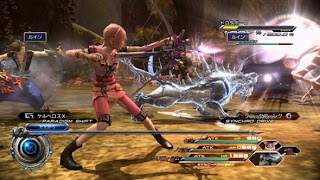 Obviously a hour-and-a-half of demo isn’t going to be enough to get a feel for the story of what will likely be a 50+ hour RPG, but the game does maintain the superb visuals of the predecessor. That said, I must register a slight disappointment in the soundtrack; there is no way this new battle music is a patch on FFXIII’s, and the other tracks in the demo don’t have quite the same memorable themes in it.

That’s a minor complaint though. XIII-2’s music is still more than adequate. I was a bit worried going in to the demo that Square Enix was making too many concessions to the complainers in FFXIII-2. They haven’t. This is a very confident, very proud game, and hopefully the fans can go into this one with an open mind this time.

What did everyone else think of this superb demo?

Xbox Live House Party and must have games 2012