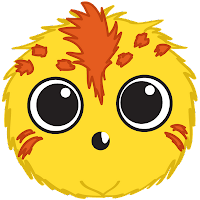 What is a Foozle? You’re probably wondering this more than whether or not the game is any good. In essence, Foozles are a species of shape-morphing animals that have their own personalities. Some are cute and innocent, wishing only for survival, while others are malevolent and wish havoc upon their joyfully furry brethren. There are five types in all, but they are gradually introduced instead of being shoved down your throat from the get-go, so it’s manageable.

Guess what? These personality traits are actually relevant to the gameplay, since they determine what you can and cannot do with a Foozle to complete any given stage. Your goal in the game is to eliminate the naughty Foozles and allow the pretty ones to stay alive. So much for equal rights. By simply tapping a Foozle, it transforms from a circle to a square (or vice versa), thus putting the game into motion. When one of the critters gets rolling, it will inevitably fall off a ledge or collide with another on its way. This is where the puzzle aspect comes in, since you need to tap the Foozles with proper timing and in the correct order. 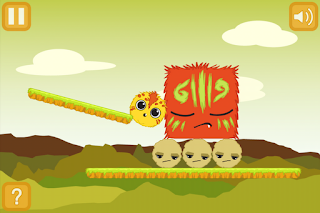 As one would hope from a physics-based puzzler, the world’s movements are spot on. Some levels change up the formula by introducing sleeping Foozles to the mix – ones that cannot transform and must be pushed by others to be eliminated. Once all the introductions are out of the way, it becomes interesting to see how the developers throw swerves into each level to keep the straightforward formula engaging. You end up making bridges, playing leapfrog with good and bad Foozles, and making various other exceptional manoeuvres that must have pushed the developers’ creativity something fierce.
There’s a considerable amount of content for your buck. It may sound like a short title given that there are only three worlds, but each one contains at least 20 levels for a grand total of 75. Additionally, there are trophies to collect by completing the stages in few moves. You can rush through the first few levels while brain dead, but the later ones will undoubtedly test your noodle. Thankfully, tapping a button in the corner reveals a hint, so you should never get too stuck (unless you’re the masochist type that insists on solving everything yourself).
Perhaps the most engrossing part of Foozle is the visual presentation. The characters are presented in a polished minimalist art style that ultimately makes the game feel rather big-league. The interface is consistent with this aesthetic, opting for similarly simple and streamlined menus. You’ll find none of that obnoxious 5 minute Microsoft Paint design work you sometimes see in other iPhone games. 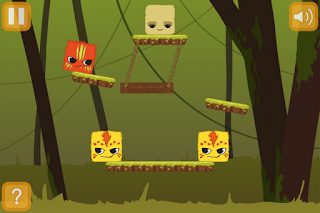 Unlike the visuals, though, the music can be rather jarring. The one song in the soundtrack is pleasant for a few minutes when first starting the game, but it overstays its welcome by sneaking its way into the second world…and every stage after that. A little variety, or at least support for out-of-app music would have gone a long way here. With that said, the sound effects are immensely satisfying. Hearing the “cunning and mean” Foozles yell angrily as they fall off the course will bring an evil grin to your face.
Foozle is a game that utterly oozes charm. Even if you’re weary of physics-based puzzlers, you might be won over by the inspired level designs. If you’ve never been interested in the genre, here’s a good place to start – it certainly won’t punish your wallet.
-Clark A.