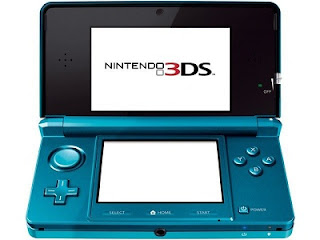 It’s been a reasonably slow start to the 3DS’ Virtual Console. Since the console launched back in June, we’ve only seen 24 Game Boy or Game Boy Color games released (in Australia).

Of course the 3D Classics has remedied this somewhat, and this is a story of quality over quantity; many of those 24 games are well worth buying.

As no doubt some of our readers will find themselves in possession of eShop cards this Christmas, here’s a mini guide of the ten best value Virtual Console games you might want to invest in, along with helpful links to our review for each game.

So, in no particular order:

Super Mario Land 1 is a bit hit-and-miss; some love the formula, others do not. Super Mario Land 2 is a far less galvanising force. Most people love this game, and for good reason.

Level design is short, but sweet, and strikes a good balance between challenge and reward. The overworld map and the ability to go about objectives at your own leisure helps give the game a sense of freedom, and the game has a carrot power up, which gives Mario bunny ears. 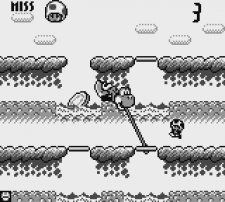 The first in a series of games that unfortunately died after an excellent Game Boy Advance edition, Game and Watch Gallery took five classic games from Nintendo’s Game and Watch series, and remade them with some more modern production values.

Now there’s animation, Nintendo characters and bright and happy music to go with the high score chasing, addictive gameplay. Rewards, in the form of stars that gave simple gallery unlocks, was just enough incentive to try and achieve some very difficult challenges.

And then there were reasonable attempts to remake the classic game experience thrown in. Two for the price of one! And with the 3DS Virtual Console, that’s a low price. 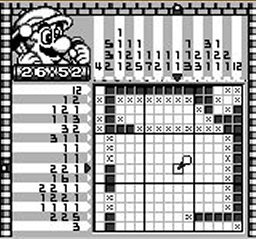 If you’re after raw content, Picross is probably the best investment you could make. Without trying to explain the game, which sounds confusing on paper, it’s a simple idea of mixing pictures and crosswords (hence the name).

There are a lot of puzzles in this package, and some of the later ones are truly brain bending. The reward of slowly chipping away a block of squares to reveal a picture appeals to the archaeologist in all of us.

Qix are evil line monsters sent from the Gods to punish us for our misdeeds. The game, Qix, is a classic formula that has stood the test of time, and this game is a good representation of it.

The goal of the game is to cut lines through a large rectangle to create smaller rectangles. Enclose an area and it will be filled in, adding to a percentage score. Once you hit a minimum percentage the level is completed.

Trying to stop you are the Qix. If a Qix hits the line that you’re drawing before you’ve had a chance to finish it, it’s the loss of a life.

Throw in a strict time limit, and there’s a tense appeal to Qix that will have you saying to yourself “one more go.” After all, you can’t let the Qix win. 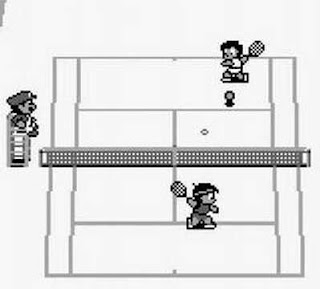 There’s a few Virtual Console sports games, but Tennis is the best of the bunch. Where the others (hi Baseball) struggle with being too slow, and others (Side Pocket), lacking the physics engine to be much fun by modern standards, Tennis remains simple but entertaining.

Perhaps because tennis itself is not much more than a glorified Pong, which is a game that even the Game Boy was perfectly capable of playing. Tennis on the Game Boy is as a result a sport that was within the Game Boy’s technical means.

Four difficulty levels mean there’s some longevity there, and through the lack of the 2-player game is sorely missed, the overall game is still good for those brief commutes. 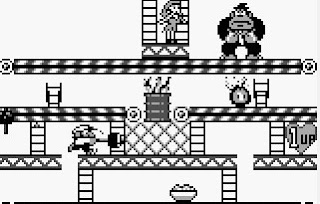 Before downloading this game, you might be thinking of the classic platformer, where Mario dodges the barrels Donkey Kong tosses down over and over and over again until the lives are all run out.

The reality of Donkey Kong is far, far different. This is a full-fledged puzzle platformer with a massive number of very creative levels to play through. Throw in some trademark Nintendo charm and you have a game that almost any 3DS owner would get right into.

If you’ve played any of the Mario Vs. Donkey Kong Minis games; this is where this series evolved into. Though you are directly controlling Mario in Donkey Kong, rather than tapping a screen to make sure Lemmings-like Mario Toys head where they’re meant to go, many of the same concepts are at work in both games.

Gargoyle’s Quest is the most hardcore platform game on the Virtual Console to date. It’s hard, hard, hard, but you’ll love every moment of it.

The game is an offshoot from Capcom’s better known Ghosts’n Goblins series, and shares many of the same traits. It’s very unforgiving, but entirely skill based. There’s very few instances where you think cheated out when something kills you.

To make things even more interesting, there’s a bit of a RPG element to it, too, with a top down perspective for adventuring around the world map.

Another puzzle game, this one involves moving around a level that looks suspiciously like a platform game, knocking out a range of strange looking people. Knock them all out and it’s time to move to the next level.

And then, just to add more longevity to the game, it’s possible to create and share levels via a simple password system. A very early example of user-generated content, but it does work!

What haven’t we said about this game yet? It’s utterly essential stuff, and still, all these years later, one of Nintendo’s very best Zelda games.

From the simple, but charming visuals, to the surprising complexity of the dungeons, to the sheer size of the game squeezed into such a tiny file size, Link’s Awakening is as epic as Game Boy games came.

It’s pricey by Virtual Console standards, but this is one of those times where it’s perfectly justified. Link’s Awakening is just incredible.

This game is just groovy. It’s a flawed game, to be sure, but it has charm in spades, and those flaws are minor in the grand scheme of things.

This is a platformer that has a level without a single gap to jump across, after all! It has its moments where it will challenge you, of course, but that one isn’t one of those. 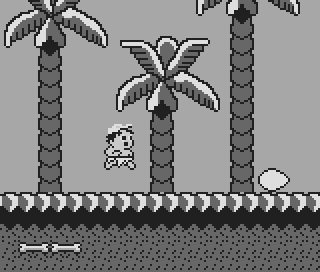 There are dinosaurs to collect, and they do plenty to break up the basic gameplay. There’s the usual Adventure Island tropes too – the tomahawk and the skateboard, and the bosses are a fun bunch.

Not an earth shattering game, this one, but it’s a lot of fun, and deserves a look-in for that reason.