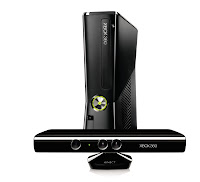 Well, here we go- yet another major revision to the ever-evolving Xbox dashboard. It’s been on the way for a while now, but unlike in the past, this update will be in stages.

Usually, the company releases one or two dash renovations and security updates a year and doesn’t waste players’ time with nonsense. I personally love this approach to updating since it’s relatively unobtrusive and isn’t nearly as annoying as the Sony method of anti-hacking ‘bug fix’ updates (that seemingly appear every time I turn on my PS3).

This time around however, things are a teensy bit different. But never fear, there will still be a big lump of an update, it’s coming on the 6th of December, and in there you’ll get:

That’s actually a lot of cool stuff in there. Cloud storage of your saves and ‘tag and the new voice & gesture controls are all amazing features that I’ve personally been really looking forward to. But here’s where things get different. After that major update hits, you’ll be getting access to more features throughout the month of December.

In addition to all these great dashboard features, starting on December 6th and continuing on an ongoing basis through the holiday months, a wealth of new content will be coming to Xbox 360. New, customized applications for television, movies, internet videos, sports and music will begin rolling out from world-leading providers in more than 20 countries.

My only hope is that this is confined to the month of December. More features are great- I’m not complaining about that -but I don’t like the PS3 update model at all and I really would rather not see a repeat of that on Microsoft’s box.

The Xbox company, unlike Sony, has actually been pretty good about limiting their interaction with folks who are into modding (except for online cheaters that is- Banhammer!!) and even hacking into their consoles. With that in mind, it does seem unlikely that we’ll be seeing those weekly or even monthly ‘nothing’ updates with any more regularity than we see them now- but even so, it still strikes a lil’ bit of an ‘oh crap’ chord with me. More playing, less updating.

We’ll see what happens I suppose.