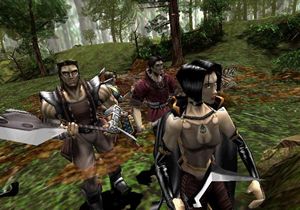 So it was big news on the PSN front this week, with Sony trickling a few classic but less well known PS2 games, completely unmodified, to the service (including the rather brilliant God Hand).

Of course, the PS2 was a console with many, many, many good games that flew under the radar. Some are being remade with HD and trophy support, and this is a good thing, but the idea of “PS2 Classics” for those games that have potential audiences too small for a full remake is just as good to us, especially as these games can also be played on the Vita on the go in the future (something the HD remakes can’t).
So, rather than a games we’d like to see made into HD list (which we’ve already done), here’s 10 games that we’d love to see just quietly released to PSN, unaltered in any way; so we can play them on the Vita as well as the PS3:
Alone in the Dark: The New Nightmare 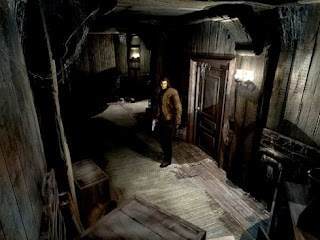 This game is in many (most) ways an inferior clone to the Resident Evil series, but by the same token, it was still good, shlock horror fun.

The worst part about it is it does away with the awesome Lovecraft references that made the original trilogy so compelling. What makes up for it is that it’s still great fun to shoot monster things.
This game will never be worth a HD remake, but I would like to play through this again, for nostalgia if nothing else.
Ar tonelico: Melody of Elemia 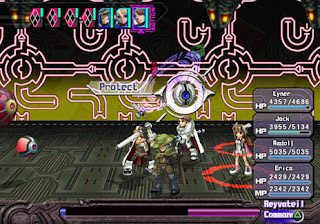 Ar tonelico Qoga: Knell of Ar Ciel on the PlayStation 3 is a fun, if slightly demented game with some… strange… moe otaku fanservice going on. But that’s the third game in the series, many of us missed out on playing the PlayStation original games.

Which is why it would be the perfect PS2 classic release. It’s unlikely the developers, Gust, have the funding available to remake this in HD, as the audience for such a game would be niche, at best. But the costs of putting it together for a PSN download? Well, that’s where niche titles can survive and thrive.
I don’t know if I’d play it in public on my Vita, though. I’d worry someone would look over my shoulder.
Atelier Iris: Eternal Mana 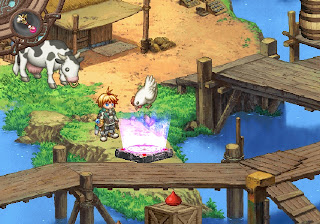 See above. The Atelier series is one I came to late with Rorona ( didn’t start publishing these games in quantities in until far later on), so I missed out on the genesis for one of the most interesting and different JRPGs out there.
I love that these games are those rare JRPGs that focus on more than just combat and a linear story. Rorona, especially, was almost playable without fighting in any combat at all, and it would be great to see where that idea came from.
It would be even better for the sequels to be released as well, too fill in the whole back story, and again, when games are not commercial viable as HD remakes, here’s the answer for the niches that are fans of the series’.
Blood+: One Night Kiss 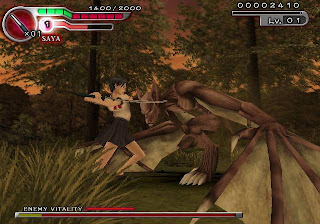 So, who’s a fan of Suda 51? Here’s one of his PlayStation 2 games that a lot of us probably likely missed out on the opportunity of playing, given that it was a Japan-only release.

But wait! Here’s the beauty of the PlayStation 3 and Vita: They’re not region locked! That means we’re able to hop on to the Japanese PSN, and download the game for play on our own consoles.
So here might be the chance to fill in that Suda 51 back catalogue. Most of us won’t be able to understand the plot, given that it’ll be in Japanese, but then most of us can’t understand the plot of his games when they are translated into English. The guy’s a creative visionary, and his games are fun to play, plot or not.
Dragon Quest VIII: Journey of the Cursed King 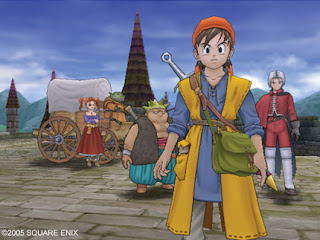 I don’t see a HD remake happening for the Dragon Quest games. Square Enix is busy playing with the Final Fantasy series for that.

But Dragon Quest would be a brilliant game to have sitting on the hard drive. Just like Final Fantasy , VIII and IX are must-have downloads to take on the go with the PSP, Dragon Quest VIII would be the ideal Vita companion.
And, given the world is finally waking up to Dragon Quest, now might just be the perfect time to re-release the game that many consider to be the best in its long history, but few played, because back in the PS2 days, this was a pretty niche franchise outside of Japan.
Dynasty Tactics 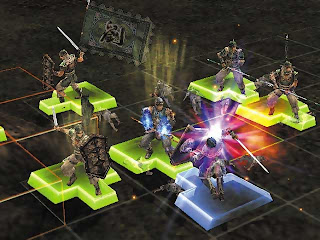 Tecmo Koei has never been one to shy away from an opportunity to make money from its Romance of the Three Kingdoms franchise. Dynasty Tactics is the forgotten brother to Dynasty Warriors. This was a strategy game rather than the action button-masher many accuse Warriors to be.

On the other hand, this is far more accessible than the Romance of the Three Kingdoms hardcore strategy games. So, as a way of striking a balance, Dynasty Tactics was developed.
Mercenaries: Playground of Destruction 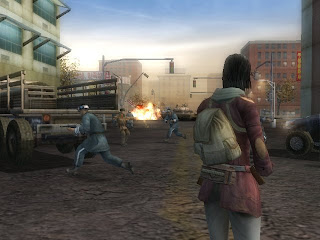 Oh Pandemic, why did things have to go so wrong? The original Mercenaries game was an open-world wonder, full some truly entertaining moments. It was also a huge game, with no less than 52 targets to hunt down, four different factions to either ally with or fight against, and two different cities/ regions to explore and fight across.

As such a huge game, it controlled remarkably well, with a huge number of vehicles to jump into and drive around. That in itself surprised me back when I originally played the game – indeed I enjoyed it more than the games of the time. Then there were three different characters to play with, each with their own characteristics and personalities.
And most importantly, the warzone plot and setting, pitting you against the North Koreans, was a fascinating and believable one to play in. Pandemic is gone now, which means a HD remake is very unlikely, but I’ll happily download the original anyway.
RPG Maker 3 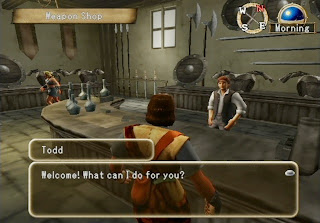 This “make your own RPG” package was awesome fun. For one thing, it allowed you to make full 3D RPGs – a first for the series, and actually seeing your work realised as a limited but complete “modern” RPG was very, very addictive.

Though we’d prefer an RPG Maker for the PS3 that allowed game sharing (like Little  Big Planet allows), we’ll take a straight port of this. Even if for no other reason than we have very fond memories of making “epic” RPGs, tapping out dialogue using the dual shock controller.
That in itself was an epic experience.
Summoner
This is an old game indeed – it was a launch title for the PlayStation 2. It was also a rather good little RPG that would be worth playing again, if for no other reason than to see if it stands up ten years later.
The thing that made this game interesting was the massive number of side quests and alternative storylines there were to follow. At times the game felt like a true non-linear experience, though it was wasn’t quite there.
The game also had an incredibly deep mythology that rewarded players the more involved they became in it – if you enjoyed reading the books of Oblivion and Morrowind, you would get right into this game.
Oh, and the marketing campaign included the hilarious Summoner Geeks. Best promo ever.
Forts: Under Siege 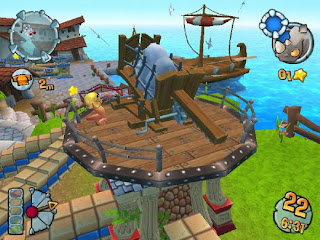 Screw the critics, Worms Forts was awesome fun. Critics called it slow and ponderous. Those critics didn’t run into a certain buddy of mine that could slaughter us within ten turns.

Except for once. Once, memorably, I pulled of a “win from behind,” victory, and that victory was oh-so-sweet. And therein lies the greatness of . Where the others were just nuts, this game has some smarts about it, and it was a breath of fresh air for the series.
Now has gone back to being nuts, I’d like to see this game revived on PSN for a cheap and easy download.

Screens: The Testament of Sherlock Holmes