The PlayStation 3 has, over the years, played host to some genuine underrated classics. People that claim the JRPG is dead clearly haven’t seen the PS3 library. And God of War? Sure, but there’s a bunch of great games similar to that that just floated in and floated out without any of the recognition they deserve.

So without further adieu, here’s five PS3 games that we thought, tragically, never got the recognition they serve: 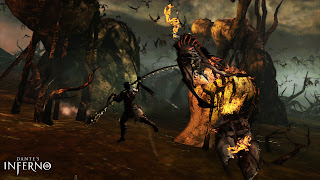 5) Dante’s Inferno: Ignore the terrible hype campaign (which probably doomed this game to obscurity from the start), and the fact it’s a God of War clone: Dante’s Inferno is fun. It has little to do with the classic novel, but the recreation of Hell is often creative, the action is usually spot on, and the game doesn’t overstay its welcome.

More importantly, the DLC add ons for this game added a lot of value to it; making challenge rooms was fun, and the co-op helped extend the longevity of the game. That DLC was largely ignored.

It’s not the greatest game of all time, but Dante’s Inferno is a lot of fun nonetheless, and deserved better recognition than it got.

4) Resonance of Fate: I blame SEGA for this one. Releasing a JRPG on the same day of Final Fantasy XIII was a stupid idea. It’s easy to argue that Resonance of Fate is the better game, but it never mattered, there was no brand recognition with this game, so it was doomed from the start.

An action JRPG by the masters of the form (Tri-Ace), Resonance of Fate is a creative, original and intelligent RPG with smooth action and brilliant visuals. It had characters you cared about, it had a quest you wanted to follow through to the ends. It had everything.

Except a publisher smart enough to realise releasing a JRPG on the same day as a Final Fantasy game was not a good idea.

3) Warriors: Legends of Troy: Formula for Warriors game releases: Release in Japan, sell bucketloads to critical acclaim. Release in the West, get slammed by critics that clearly haven’t even played the game, and sell one or two copies. 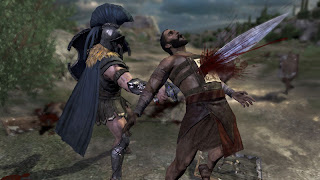 Warriors of Troy was built in an attempt to appease western gamers. It had blood and God of War style boss battles. It is based on European history that everyone knows about, rather than Asian history that you won’t hear about unless you specialise in it at university.

Yet of course the formula held true – the game was popular in Japan, but bombed in the West. Not Tecmo Koei’s fault. These games just deserve more critical understanding in the West.

2) Eye of Judgement: Forget Nintendo’s 3DS Augmented Reality (AR). Eye of Judgement does it awesome. It sunk into obscurity because it requires the PlayStation Eye (and before the Move, how many people had that exactly?) But this card game really does play so well, and interacting with the game itself, rather than through a “middle man” controller is an awesome experience. 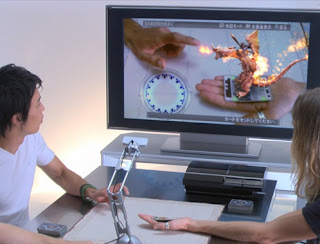 Perhaps this kind of game can make a comeback with Kinect and if Activision’s upcoming Sypro proves successful. I hope so, because it could be a real revolution for videogame adaptations of collectable card games like Magic: The Gathering. 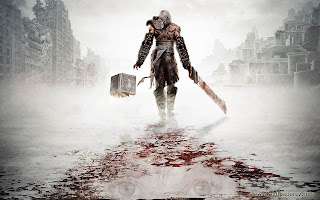 1) Nier: Here’s the big one. This game flew under the radar by such a margin that Square Enix subsequently shut down the developer, Cavia.

The game deserved far more attention than it was given. It’s a beautiful game that belies its somewhat simple visual style. From the operatic soundtrack, to the often visceral combat and genuinely touching story, Nier works on many levels.

It’s also a rare JRPG where there’s stuff to do that’s completely unnecessary for the main quest, but doesn’t feel like it’s just random filler. The farming and fishing mini games were a lot of fun and could soak up many hours of play in themselves.

Of course, there are many more underappreciated classics on the PS3 (and other consoles). So to open the floor: what are some games that you feel never got the recognition they deserve, whether on the PS3 or other consoles?

Goodies galore for Xbox this week