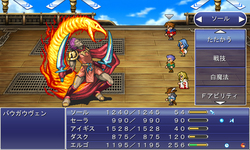 If you like Square Enix RPGs and enjoy gaming on your mobile phone, you might be in luck. Square Enix intends to release games like Chrono Trigger, Dragon Quest: Monsters Wanted, and Final Fantasy Legends: Warriors of Light and Darkness for both the App Store and Android Market. The big question is whether or not these games will make it outside of Japan.

Originally released for the Super Nintendo, Chrono Trigger is widely regarded as one of the best RPGs of all time. It has seen a few ports over the years, most notably when it made the jump onto handhelds back in 2008. If done well, it should be very playable on both platforms. 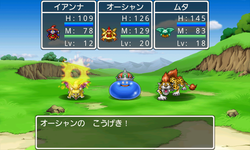 Dragon Quest: Monsters Wanted was previously released about a year ago on Japanese mobile platforms. Your goal is to become the greatest bounty hunter in the world.

Final Fantasy Legends: Warriors of Light and Darkness was originally released one year ago through FOMA 903i (Freedom of Mobile Multimedia Access) exclusively for Japan. The game follows the stories of two different parties consisting of five warriors each.

Other titles of note include Itadaki Street, Demon’s Score, and Chaos Rings 2.The titles are slated to release between now and winter, which probably means late 2011 or early 2012. Whether or not every one of these games will make the jump to Australian, European, or North American audiences is still unknown, but you can bet that Japanese buyers will eat these right up.