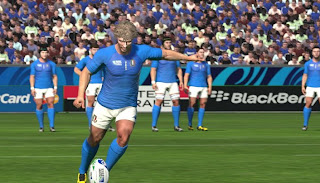 Ok, it’s not the most popular sport across the world, but Rugby has its niche (congrats to the Japanese for qualifying this year). In the lead up to its World Cup, to be held in New Zealand this year, comes the videogame. And with that comes a demo on Xbox LIVE.

It’s a chunky demo in raw size – 540MB, and as can be expected will only have a fraction of the full game’s feature set. The full game will have 20 nations to chose from (sans license for Australia and New Zealand teams, it’s all official besides that). PlayStation owners can look forward to their demo tomorrow.

These games have traditionally struggled compared to the likes of FIFA games, because there’s a smaller potential market for them, but we have our fingers crossed nonetheless.