A forum post over at indiegamer.com has given an idea of just how hard it is to break even with an iOS game.

The developers of Great Little War Game, Rubicon Development, had a budget of $100,000 for their game, and across all platforms, have now seen a $50,000 profit.

That in itself sounds fairly impressive, but going into detail shows that, for most developers, they won’t see this same kind of success: 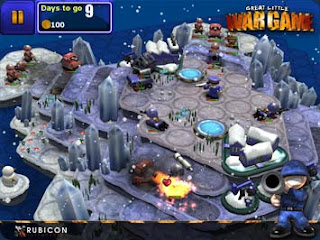 “We’ve tried pricing all over the place. The odd thing is that the income remained fairly consistent at about a grand a day come what may. We’re currently on a record high price of $2.99 and $4.99 which I do think is probably fair in comparison with other titles on the store.


“An interesting observation is that being outside of the top charts has not affected our sales in a noticeable way – chart position doesn’t seem to reinforce itself with positive feedback, and I’d go so far to say that charting is actually irrelevant to sales.


“We hit the holy grail a few days after launch – the front page “all categories” version of New and Noteworthy. We were doing about $700 per day before that and it quickly peaked to $6,000. Sadly that only lasted a few days before a fairly rapid drop off, even though we were on N&N for a full month. I guess the money that made is nothing to cry about but tbh we were surprised and dissappointed that this bubble rapidly burst – originally we were hoping to do those figures each day for the whole month.


“In summary, I consider this project a success. It’s not going to buy us any ferraris, but it is actually turning a profit big enough to carry our wage bill while we develop the next big thing, and hopefully that’ll continue for some time. There is an Android version imminent and PS Vita version whenever they release the bloody thing, so maybe by then we’ll be making some proper dosh.”


Fingers crossed that next project is just as successful for Rubicon. Other developers can learn a lot from that – but really, getting the kind of exposure that will net you this kind of iOS success seems almost a random deal – which is never good news for people taking a risk and investing in iOS development. And, as the marketplace becomes ever more saturated, it’s only going to get more difficult.


Thoughts? Let us know in the comments below or on our forums!