Remember Battle Realms? Possibly not, but it was a real time strategy game by Liquid Entertainment, possibly best known for producing the last genuinely entertaining Dungeons and Dragons game: Dragonshard.

Well, now it’s getting the CCG treatment, with an iOS and Android version due in 2012. It’s the first time the developer has built a mobile phone game – marking yet another PC specialist to be lured in by Apple and Google’s massive install bases. 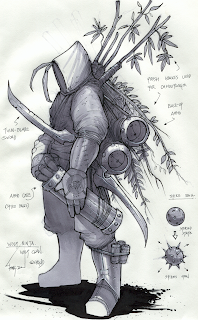 A quote from the press release: In the original Battle Realms, launched exclusively on PC in 2001, four Clans (Dragon, Serpent, Wolf, Lotus) dispute a small piece of land broken off of a much larger continent. The game was a labor of love for Liquid and resulted in one of the richest worlds the company has ever built. The forward-looking design made it easy for gamers to come up with new strategies, like training Peasants to become Soldiers or actively exploiting the environment to their Clan’s advantage. The Living World feature, for example, allowed for boundless experimentation – and new tactics are being discovered to this day.


Marketing speak aside, this is a game that would be well suited to the CCG format. Stay tuned for more news as it hits.

Win one of FIVE copies of Supreme Ruler: Cold War, thanks to Paradox Interactive