One would be hard-pressed to deny that Nintendo’s 2011 e3 presentation was quite newsworthy. Here at Digitally Downloaded, we’ll outline the news items, as well as our personal opinions each step of the way. 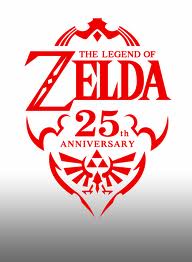 To kick off the show, Nintendo presented a trailer featuring past Zelda games, eventually leading up to a trailer of The Legend of Zelda: Skyward Sword. In addition, Nintendo unveiled a free Four Swords game for the DSiWare service later this year. Later today, Link’s Awakening DX (originally for the Gameboy Color) will be released for the Virtual Console service on Nintendo 3DS. Nintendo will be releasing a gold Wii remote, two soundtracks (one via Club Nintendo), and they announced that a Zelda symphony will be touring this fall in every region.
’s Thoughts: Immediately bringing out Zelda was a great way to get gamers hyped for the action. A Four Swords title alone would have been phenomenal, but the fact that we’re getting it for free is awe-inspiring. My only concern is that the game is on DSiWare, a service that has a strict file-size limit of 16MB. Can even Nintendo achieve greatness with such a restriction, or will they break their own rules for the pleasure of gamers?
3DS Releases of Note:
’s Thoughts: Though not many new 3DS titles were announced, Luigi’s Mansion is a pleasant surprise. Super Smash Bros. could have used a hype trailer ala e3 2006, but I’m not really complaining. Super Mario 3DS just screams delay, given the level of vagueness surrounding it.

The WiiU’s defining aspect is its 6-inch touch screen, built right onto the controller. The device also features a more complex set of buttons than the Wii’s standard controller, closely resembling the classic controller but with a different button layout (as well as additional triggers). The controller can function akin to a DS’ second screen or as the console’s game itself. Interestingly enough, the device also browses the internet and makes video calls with its built-in camera, speakers, and microphone.
As for the actual console itself, Nintendo is offering improved graphics as the most note-worthy upgrade. There are also promises of an improved online component and backwards compatibility with the Wii remote has been touted. Nintendo went on to state that the WiiU’s controller will not be intended to replace the 3DS. It is meant to compliment the home experience, rather than be its own portable handheld controller.
WiiU Releases of Note:
’s Thoughts: A lot of WiiU titles were announced, but not many trailers or footage accompanied them. Even so, the idea that these kinds of games will be headed to the WiiU may please fans of more intense games.
Wii and DS News:
Following the conference, Nintendo went on the announce the impending release of first party titles Kirby: Mass Attack, Mario Party 9, and Rhythm Heaven Wii. Nintendo also confirmed that the Wii Vitality Sensor is indeed still in development and not cancelled. However, much to the dismay of some, news for the two consoles was almost non-existent at the presentation (outside of the impending release of The Legend of Zelda: Skyward Sword).
’s Thoughts: Honestly, I’m not disappointed by the lack of Wii coverage. They focused on pulling out their big guns and it sounds like the Wii is a sinking ship at this point. They’re still supporting it, as evidenced by the reveal of titles after the show, but I’m not sure the Wii has much gas left in it.
Other Items of Note:
-Nintendo’s online for the WiiU is considered to be “open”
-WiiU launching sometime in 2012
-Nintendo showed off a presentation of “Chase Mii”, an innovative title that utilizes both the WiiU controller and Wii Remotes. It also seemed to imply that the console will support more than four players at once. Whether this will be a simple tech demo or a full-fledged release is currently unknown.
Overall Show:
Clark’s Thoughts: An impressive e3 from Nintendo, definitely living up to the hype for me. Sure, the 3DS situation could be better, but I’m enjoying the more subtle aspects of the conference such as the upcoming Four Swords game and the sheer number of possibilities that the WiiU presents to the gaming world.
Share this

E3 2011: A second look at Microsoft and Sony conferences