DSiWare is virtually dead. Though we still see a trickle of new releases (and indeed, the entire catalogue will be available through the 3DS eShop when it launches), for all intents and purposes, we’ve moved on from the DSi’s little download portal.

DSiWare also didn’t exactly have a great reputation. It was effectively competing against the PlayStation Network Minis portal and the Apple App Store, and most would believe it failed to beat either, both in terms of quality and quantity of releases, and for capturing a section of the market – the number of developers that could rely on DSiWare to be profitable was minuscule.

But was it that bad? Well yes and no. Of all the download services, DSiWare was by far the worst – it was slow and unintuitive, is poor at showing off the developer’s games, which quickly get lost amongst the shovelware. But of the games themselves? Well, there were some genuine gems in there, and DSiWare did especially well with certain genres. For that reason those that never owned a DSi might want to check the old shop out when it goes live on 3DS.

The single greatest genre represented on DSiWare is the puzzle genre, and some of the games you can get on this genre are amongst the best you’ll find anywhere. The Art Style games here (special call out to Kubos) are better, as a whole, than their WiiWare counterparts. Then there’s a wide an entertaining variety elsewhere, such as Spin Six, Bookworm, Tetris, Glow Artisan, Mighty Flip Champs, Reflect Missile, Save the Turtles, Wakugumi Go Go Island Rescue (and that’s not even all of them).

This all makes sense, of course – puzzle games are relatively easy and inexpensive to make, so they’re perfect for the DSiWare platform, but if you are a fan of puzzle games, then there were a lot available here. 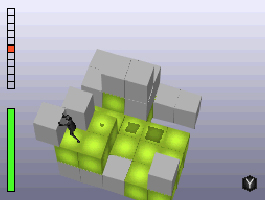 There was also a handful of really good tower defence games (Viking Invasion, SteamWorld Tower Defence, Starship Patrol, Fieldrunners) that were easy to get into and that often contained plenty of gameplay within them.

So all up, there were a bunch of good casual games on DSiWare that will remain very playable on the 3DS. 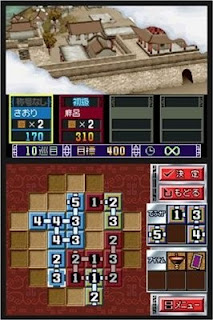 Ok, so for more intense experiences, DSiWare struggled mightily (and this is probably where it got its poor reputation from). For platformers, you’re looking really at Shantae, and daylight afterwards. For shooters and action games, there were a couple (Dark Void Zero, 3D Space Tank), but nothing that was going to pull you away from bigger and better experiences on the competition handheld devices. An RPG worth playing only came along late in the DSiWare’s life with Zenonia.

The one bright spot for “gamers” was the support of Gameloft. If you could stomach the largely soulless and greatly watered down copies of popular franchises, you could play copies of Castlevania (Soul of Darkness), FIFA Soccer (Real Soccer), Nintendogs (Me and My Dogs), The Sims (Pop Superstar), Guitar Hero (Guitar Rock Hero), Pokemon (Crystal Monsters) and God of War (Hero of Sparta).

Part of the reason was, no doubt, Nintendo’s insanely-low download restrictions, and the simple fact that it was easier and more commercially-assured fact that retail outsold digital downloads with the DSi. So there was little point to bring ‘core’ games out via the download platform.

We hope the story is different on the 3DS. 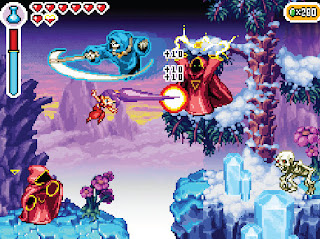 The DSi was never going to be able to compete with the iPhone here, but nonetheless there were a few non-gaming applications that, surprisingly enough, were worth investing in.

The obvious first up here is Flipnote Studio, which in addition to being free, is still well-supported and fun to use even now – the ability to upload your flipnotes for a few seconds of fame should not be underestimated.

Beyond that though, there’s Sleep Clock – which helps keep track of how much you sleep from night to night. As the data piles up over the weeks and months you’ll be able to gauge what is your optimal sleep patterns – and so it is surprisingly effective as a health application.

If you find yourself in Europe, the City Maps are surprisingly useful when using the train systems of some of the major cities around the continent. It’s no guidebook, but it’s handy to have to hand.

The Art Academy software, by being able to save your drawings to SD card, are actually better downloaded than the retail package.

And then there’s Nnooo’s suite of software – MyNotebook, MyPostcards and MyDiary might be simple applications, but they do help the DSi (and later, the 3DS) be that little bit more useful, and they’re fun to mess around with regardless. 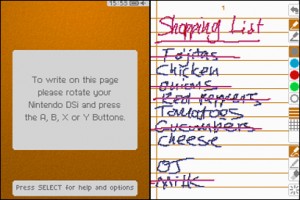 So, as you can see, the DSiWare was rarely filled with must-have applications, and unfortunately, the good ones were often buried under shovelware and chopped up bits of retail games. Do enough digging, though, and there are some games worth checking out the shop when the 3DS eShop goes live.

We’d like to hear what you thought of DSiWare – please join our forums and have your say!
Share this