A recent release into the Australian market, Ar tonelico Qoga: Knell of Ar Ciel has proven once and for all that the Australian censors are inconsistent to the point of genuine insanity.

Now, don’t get me wrong, I am all for an R18+ rating being introduced to the market, but under the current system anything more “adult” than MA15+ is meant to be refused classification. As long as that law is in place, I would prefer it be applied across the board; to all games and all publishers.

So, consider this: Ar tonelico Qoga is a game that is quite literally about stripping. There’s these (underage, no less) girls that derive a great deal of power from removing their clothes. Strip them down to their underwear and they’ll annihilate just about everything.

Beyond imagery, the game is filled with innuendo, some subtle, some less so. Have a look at the following picture, read the dialogue: 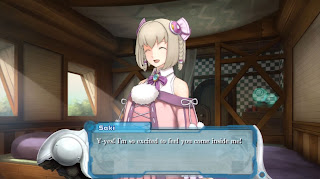 Now, what age classification do you think the Australian censors would slap on this game’s box. MA? M?

No. PG. By the censor’s estimation, this game is good for children to play, but parents are warned that the game contains “Mild Sexual themes, Fantasy Violence and Coarse Language.”

How does this game’s sexuality come under the banner of “mild?” It’s not even innocent in the innuendo – the game knows it’s aimed purely at the kind of otaku that live in their parent’s basement, and makes no apologies for it.

By comparison, these are the same censors that gave Rockstar all kinds of headaches over the ‘hot coffee’ sex scene in GTA – something you had to go completely out of your way to see.

The only reason I can think of that this game got through is because it’s such a small profile release that 10 people are going to see it in the whole country. But it is amazingly inconsistent for the censors to only crack down on the high profile releases.

Not that I’m complaining about the game itself. Under the innuendo and stripping, Ar tonelico Qoga is actually quite a good little game, but if there could be any other proof that the concept of censors being there to protect our youth from objectionable material is redundant… 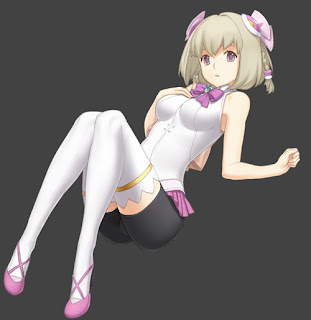 What do you guys think? Do you think this is a child-friendly game? Let us know on our forums!
Share this

Is this the most pointless game manual of all time?

Ragnarok Online goes free-to-play, but VIPs get all the fun