Tokyo Vice: An American TV series about Japan that is actually worth watching

Whenever Americans tackle Japanese material or attempt to situate a film, TV series or otherwise in Japan, there’s an inherent tension between what works in American cinema and entertainment, and what is representing Japanese culture and aesthetics accurately.

Too often, under these circumstances, the work turns out to be something like The Last Samurai – a big blockbuster, full of energy and a Hollywood sheen, but which makes assumptions about the culture and ultimately misses the mark. This is a film that has been the subject of a great deal of writing around the orientalism that many critics see within it.

As Sam Kyung-Gun Lim notes in his essay, Themes of Western Superiority in The Last Samurai, “Edward Zwick’s extreme valorisation of the samurai almost conceals the dominating themes of orientalism laced throughout The Last Samurai. Almost. Thomas Keirstead has criticised the way it depicts the ‘moment of change from the antique to the modern… Here that moment is understood to mean the passing of the samurai and their way of life founded on honour, compassion, loyalty, and sacrifice. The modern world is, by contrast, inhabited by feckless politicians and grasping businessmen who are willing to sell Japan’s soul in return for a quick profit’.

“He also notes how the film suggests that ‘real’ Japan was a feudal and agrarian society by portraying the samurai as backwards, when in fact they were a fairly modern and urban class. By creating the impression that the West brought into “rural” Japan anything and everything modern, Zwick suggests that modernity itself was a foreign import. Another scholar, Sean M. Tierney, argues the film expresses the idea of the “supraethnic viability of whiteness.” Algren learns the techniques of the samurai with ease; in six months, he is able to force a draw-in a sword match with his teacher Ujio, a Japanese man who had spent his whole life mastering the skill. Algren even manages to kill four armed Japanese soldiers — bare-handed. Themes of Western superiority certainly exist beneath a veil of cultural appreciation.” Now, Lim does this within the context of an essay that also attempts to argue the other side. Later he notes that “because themes of orientalism suggesting Western superiority abound in The Last Samurai, we may be tempted to merely apply Said’s lens to the film and conclude by labelling it as an example of cultural vanity. Indeed, this is what the critiques of the film using Said do, which nonetheless leads to fascinating analyses.

Related reading: On the Yakuza series and its relationship to the cinema of the 60s.

“However, limiting ourselves only to this view fails to address certain issues. The Age of Imperialism is long gone, rendering Said’s definition of orientalism less apt to the purpose of analysing this film. An orientalist reading of the film also misses two important anti-imperialist aspects: the focus on Algren’s flashbacks of his (and consequently America’s) partaking in the massacre of Native Americans, and the ending scenes of the film, which give an impression of power to the Orient.”

I would argue that Lim, in turn, has missed the point with this analysis. The problem with The Last Samurai, and too many other American films (and games) in their depictions of Japan (I do include Sucker Punch’s Ghost of Tsushima in this), is not just the question of where military or physical imperialist power lies and who is positioned as the “good” guys within the story. Rather, it’s the way these texts tend to express cultural hegemony, with America being the one endearingly fascinated by the “quirks” of Japanese culture to the point of infantilising them. Whether it’s “weird Japan” (see films like Lost in Translation), or an overwrought effort to make the aesthetics of Japan different (The Last Samurai, Ghost of Tsushima), American texts about Japan tend to “other” the country, and it’s in doing that, and the implications of what that means about how America views Japan, that we find orientalism.

Why Tokyo Vice is so different

Tokyo Vice is based on a book, written by a journalist, Jake Adelstein, who spent a substantial amount of time on the police beat (and, ultimately, found himself reporting on the yakuza). It is a text that is very much worth your time to read in its own right. Adelstein is a rarity, as an American that had the opportunity to be truly immersed in Japanese culture, rather than just an observer of it. He was a rare foreigner to be able to work his way into the Yomiuri Shimbun – one of the major Japanese newspapers. From there, he managed to build relationships with both the police force and the yakuza in the country. Two communities and organisations that you cannot analyse with any meaningful authority as a simple observer. 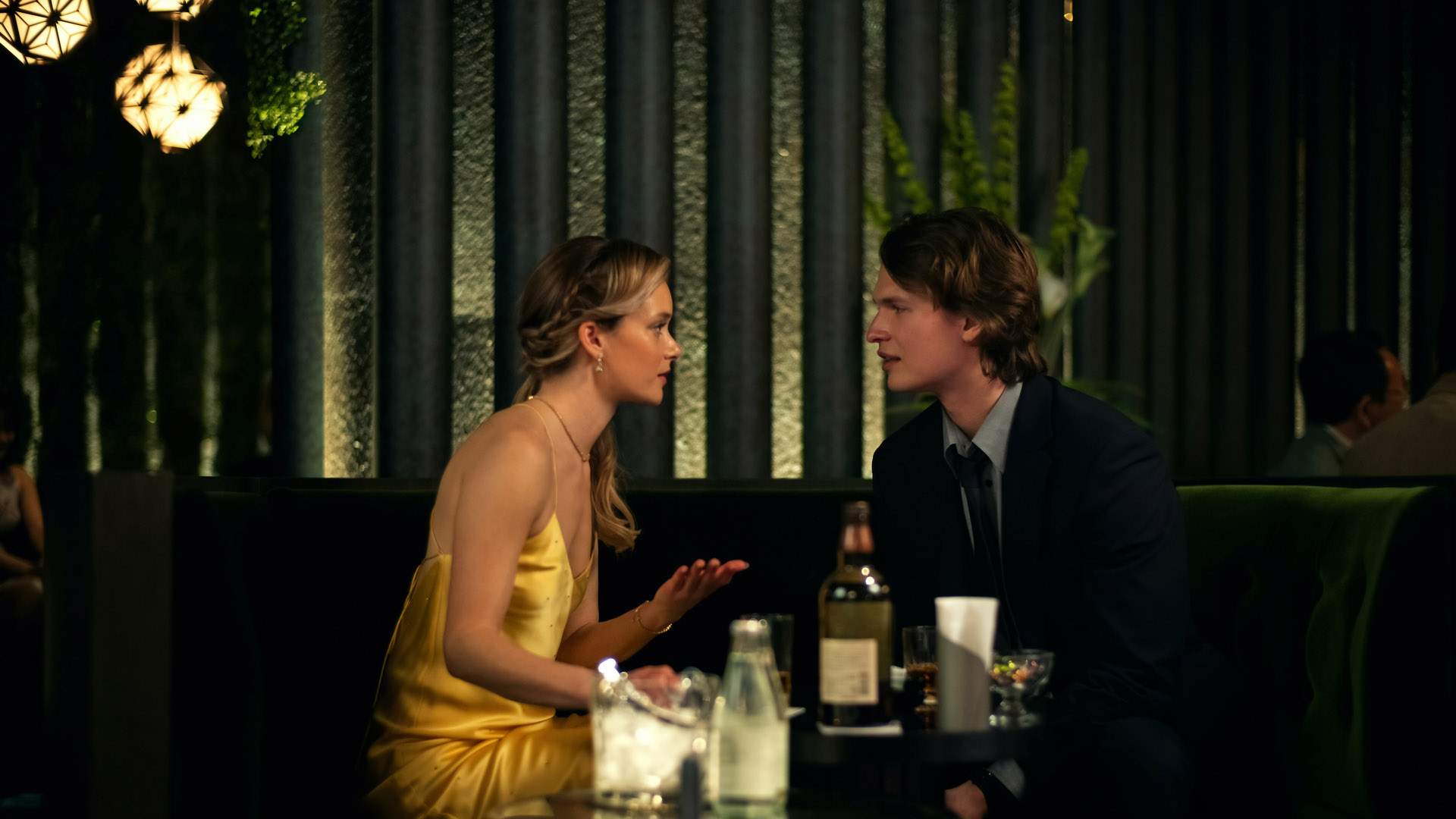 His fearless reporting of yakuza leadership activities eventually got him added to hit lists and he needed to flee the country, and that arc, which he captures in his book, is one of those truly rare “the truth is more incredible than fiction” moments.

This material has made for the perfect TV series, and the result is a major contrast to so many other American takes on Japan. Like with The Last Samurai, the lead actor is a white guy (Ansel Elgort, in this instance), and much of the rest of the cast is Japanese (including Ken Watanabe, who was also a star in The Last Samurai). What separates the two is that Elgort’s take on Adelstein means that we’re viewing Japan through the lens of someone who is struggling to cope with the way things are done, but he is forced to adapt and respect the culture, rather than put it on a weird kind of pedestal and, ultimately, infantize it.

Unlike the book, the TV series is more focused on the dynamics of Adelstein’s relationships, from his efforts to figure out how to talk to the police, to his growing friendship with a young and inexperienced yakuza, and a beautiful foreign hostess girl with whom he also shares a friendship with, but who is playing with fire in her personal life and at risk of coming into conflict with the yakuza. The book was much more focused on Adelstein’s movement within the newspaper and his investigative process. It’s understandable why those were sidelined, as they are nowhere near as compelling.

Adelstein is presented as truly out of his depth. He introduces himself to his future yakuza pal with a brashness that, as anyone with any knowledge of the yakuza knows makes him very lucky to wind up with a pal rather than… something else. In one scene later on, he and his yakuza friend pick up a few women and go to a love hotel. Adelstein thought that it was some kind of passionate one-night stand. He only realises what was actually going on later, after his yakuza buddy pays the woman for her services. 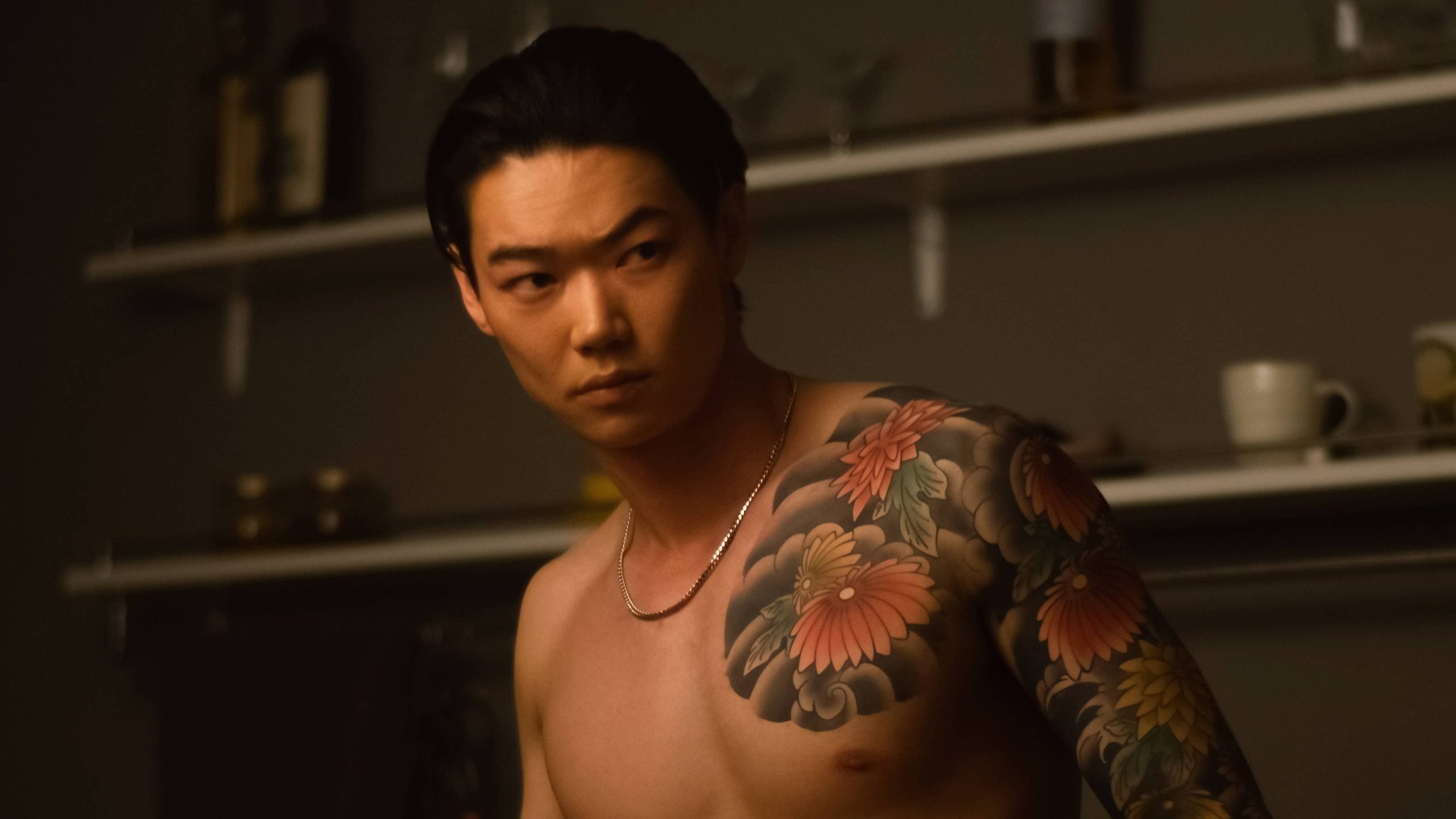 This is the true culture shock of Japan. It’s not about having a laugh at the “funny” Japanese doing things differently. It’s about being overwhelmed by a culture that is still largely homogeneous and inflexible. This is about striving to fit in, but coming up against resistance… while, at the same time, not necessarily being critical of this. Adelstein doesn’t retreat back to America, despite his family pleading with him to do so. Rather, he rolls with the punches and tries to work things out on his feet while adapting his perspective to the culture, rather than expecting it to meet him eye-to-eye. There’s no worship of Japanese culture here. But then there’s no imperialistic criticism of it either. Audiences might be left with questions about why things are done in the way that they are over there, but from Adelstein’s perspective there’s no hint of “this is wrong and I can say so because I’m American/Western.”

Related reading: Check out our review of the most recent Yakuza game, Yakuza: Like A Dragon.

In short, it is perhaps the most authentic take on Japanese culture – particularly the nightlife and criminal/underground elements of it – that we have seen from a non-Japanese source (and will likely ever see).

It’s also impressive that the production seems to have genuinely engaged with the Japanese film and TV industry. Far too often with western productions, the producers rely on a couple of named superstars that have made the cross to Hollywood. Ken Watanabe and Rinko Kikuchi are two examples of that “Hollywood-acceptable shortlist”, and they do indeed appear in this series, but the ensemble cast includes the likes of Hideaki Ito and Tomoshia Yamashita, who are much more localised to the Japanese entertainment industry (at least, for now).

This is significant. With too many productions set in Japan, Hollywood’s way of doing things overwhelms whatever Japanese elements are within the production. Watch any Japanese TV side-by-side with American TV and you’ll see the difference in everything from pacing to performance styles. Tokyo Vice straddles a rare middle ground, in which it enjoys the kind of Western production values that make it slick to our eyes, while also maintaining an authenticity that those of us that have seen a lot of Japanese TV can appreciate. 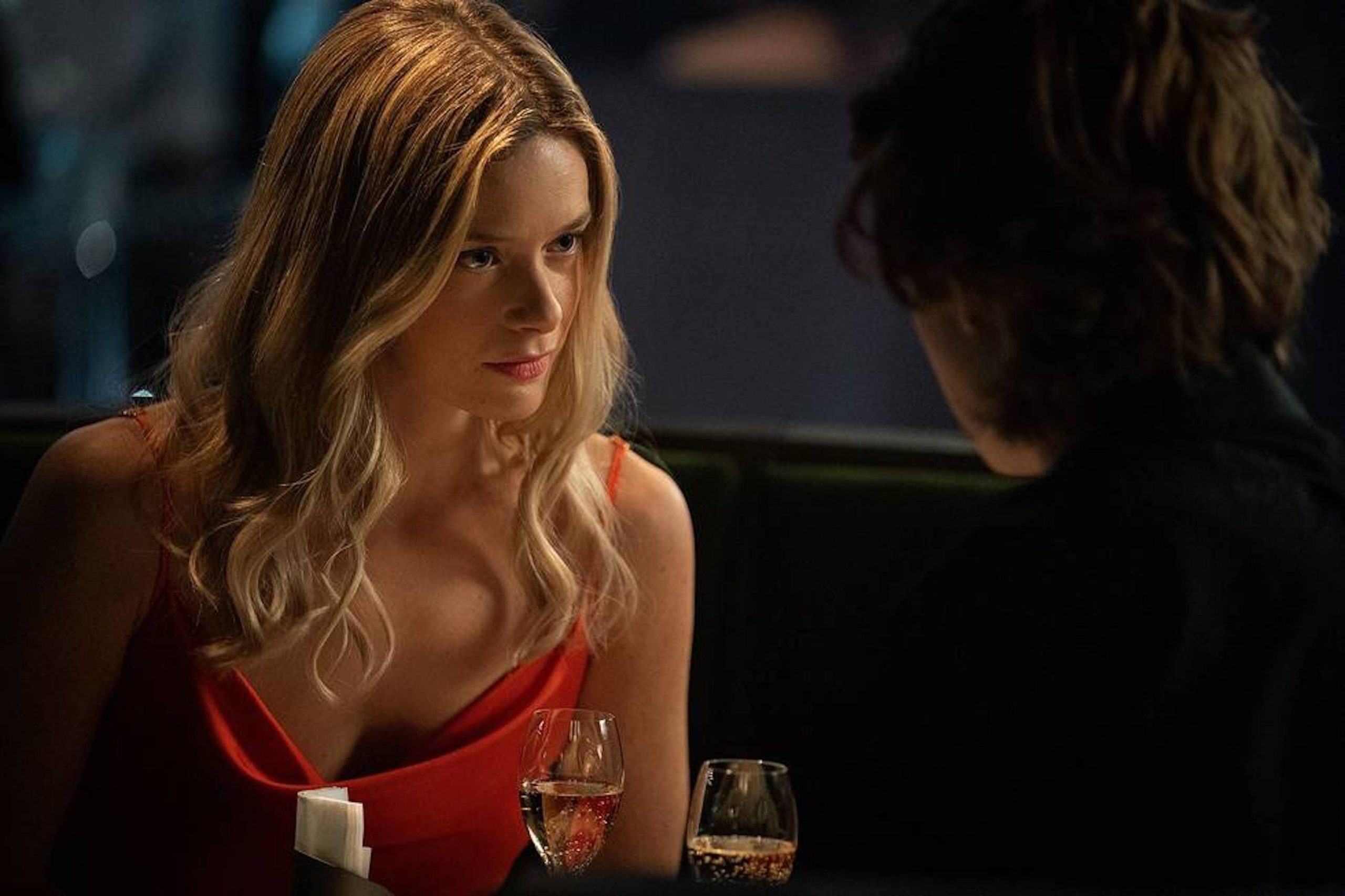 More television and cinema should draw inspiration from Tokyo Vice. Admittedly this production benefits from being based on a book that has the rare distinction of being written by a gaijin with genuine, earned and extensive expertise in Japan (Adelstein is also listed as a producer on the TV series, so it is likely he had creative input to maintain authenticity). Nonetheless, it is a rare example of Americans taking a story about Japan and setting it in Japan, while also making the country seem normal. Different to the West, perhaps, but certainly not some orientalist fantasy that we worship and adore when it’s convenient, but also dismiss and demand change from when it’s not.

“We’re screwed. Writing is over. That’s it. It’s time to…

Podcast-in-Video: The big releases in January 2023!