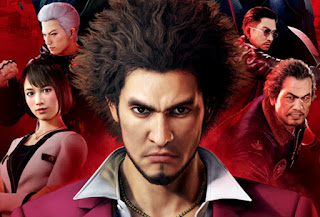 When I first heard that there was a turn-based Yakuza game on the way, I had no idea how it was going to work, but I was certainly intrigued by the potential of a Yakuza X Persona cross-over. Yakuza titles are always known for being a blend of a noirish thriller that delves into the labyrinthine politics of Yakuza cinema tradition, and side quests and stories that are perfectly honed surrealist humour. I was expecting much the same from Yakuza: Like a Dragon, but this game is self-aware to an extreme that goes beyond even the previous Yakuza titles, and more than the turn-based combat, that in itself is a delightful deviation from what has come before with this series.

Related reading: Get in with the Yakuza series at its (chronological) start if you haven’t yet. Yakuza 0 is brilliant. Our review.
Like a Dragon is both homage and parody to the kind of traditional JRPGs that we don’t see all that much any more. The main protagonist, Ichiban Kasuga, is indeed still a yakuza, like Kiryu was from the “main” series in the franchise, and the initial set-up is fairly similar. Ichiban is a low-ranking grunt for one of the yakuza families, and ends up taking the fall for a murder that a more senior member committed. Emerging from prison after 18 years, he discovers that the politics of the yakuza have changed completely, and what’s more his family’s head betrays him, almost to his death. Waking up penniless and alone on the streets of Yokohama, Ichiban sets out to try and find his place in the world again, and understand just what is going on with the boss that he once idolised.

Like a Dragon stops being a “traditional” Yakuza story when Ichiban starts entering battles and his enemies start “transforming” into RPG-like swords and sorcery random encounters. Ichiban ends up getting a crew of allies together, but he’s the only one that “sees” these transformations, and it’s all part of his wish fulfilment power fantasy. See, Ichiban grew up playing Dragon Quest and dreaming that he would one day be on his own quest to become a hero, and so he frames all his adventures in that light, to the point that his delusions start to take some kind of tangible form. Because all of this is so pervasive to the game, Like a Dragon doesn’t entirely track along with how Yakuza games have worked in the past. Kiryu’s adventures tended to be relatively serious through the main narrative with the funny stuff happening in the side quests and sub-storylines. Like a Dragon never gives the surrealist edge a breather, and one suspects it’s because the developers knew how laboured and artificial turn-based combat would come across as in a “real world” setting, were it played seriously on any level. Rather than try to explain it away, they instead decided to amp up the humour, and so none of the game really asks to be taken seriously. Thankfully the writers were on their game and Like a Dragon is a lot of fun. 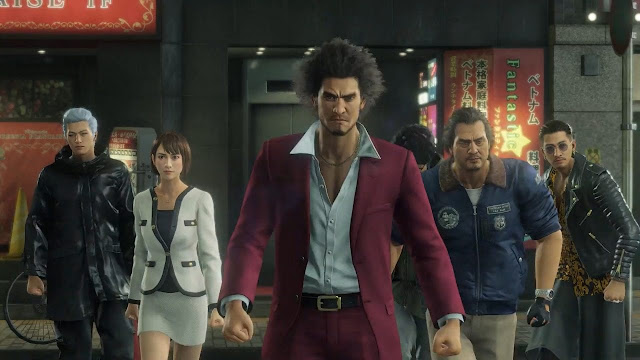 The bulk of the game works to be homages to other classic RPG properties. There’s a relationship system in place that is vintage Persona: as the bonds between you and your allies deepen they start to unlock additional abilities that help in combat. Thankfully the group of allies are a truly eclectic and entertaining bunch, and when your relationship hits a new level with each, the little cut scenes through which they bare their souls to you helps make them all every bit as interesting as the Persona cast. I actually found it really challenging to choose my party (eventually there are more characters available in the crew than you can have in the team at any one time), because there’s not a single character that I thought was a dud, and that happens rarely in ensemble cast games.

Meanwhile, one side quest is a clear reference to Pokemon and results with you getting a device that gathers data on the enemies you fight, along with the goal of fighting them all to “catch (data on) em’ all.” By completing side quests you’ll also unlock “muscle for hire” heroes who, for a cash fee, will show up in the battle to launch a massive, powerful attack, very much like Final Fantasy’s much-loved summons, with the complex animated cut scenes to go with it (though Final Fantasy never had a cut scene involving an adult with a fetish for being treated like a baby screeching while flailing around on the ground, wearing nothing but a nappy). Also like Final Fantasy, there’s a job system… and to change jobs you’ll need to take your party to an unemployment agency. It’s often said that the earlier Simpsons were so great because they had such a density of references within them that they parody – even if you miss some, you’ll clue into the others. Yakuza: Like a Dragon is like that, but with a JRPG-specific focus, and as a life-long fan of JRPGs, it does feel like the game was made for people like me, to both celebrate and parody our shared favourite genre.

At the same time and through the humour, Yakuza: Like a Dragon is as effective as previous Yakuza titles at making me feel very homesick for Japan. As I haven’t been able to go on my annual trip to the country this year I’m feeling it particularly affecting. I’ve been to Yokohama (where this game is principally based) a few times, and much of Isezaki Ijinchō, based on real-world Isezakichō, is familiar to me. Japanese cities are usually known as playgrounds with endless energy, and the fondness of the Yakuza series to pack a lot of activities into small open worlds remains strong in this one. Whether you’re looking to chill out with some old SEGA arcade games, tune-up your Mahjong or Shogi skills, or belt out some Kareoke rhythms, there’s enough in Like a Dragon to distract you from the main plotline for great lengths of time at a time. 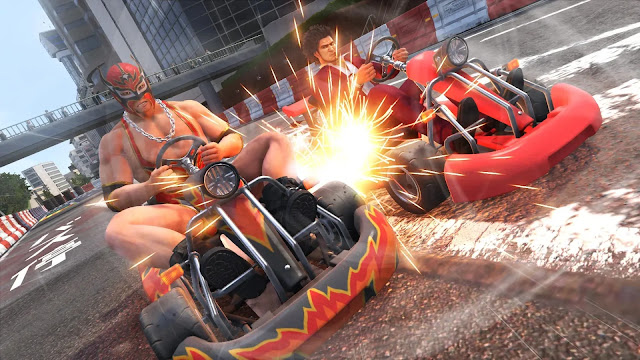 The only downside is the frequency of random encounters. Like a Dragon has a lot of them, and while that was the case with previous Yakuza titles too, the turn-based nature to the combat here comes across as a lot more disruptive to the overall flow of the game. The combat itself is great fun (if a little on the easy side thanks to the inadvertent grinding), but the frequency is exhausting and it is very difficult to actually avoid the mobs wandering around town. There were moments where I was fully invested in the narrative and keen to beeline directly to the next objective, but after crashing through four completely non-threatening combats with low-level enemies, I did feel like some momentum had been lost by the time I got to the next objective. On the other hand, you could argue that those random encounters are yet another homage to the genre classics, as older JRPGs were notorious for the rate of combat, so I’m not sure this “flaw” isn’t entirely deliberate… or that the game wouldn’t feel empty without those battles.

Related reading: Another game linked closely to Yakuza is Judgment. Our review of that, also excellent, action RPG.

I don’t know what inspired Yakuza: Like a Dragon, since it seems to be pretty clear that it was originally intended on being a “standard” Yakuza game, and it does seem odd at first glance that SEGA would go the other way with the genre (usually it’s the turn-based games transitioning into more active battle systems). The only practical reason I can imagine for the shift was to allow you to control more characters at once, and therefore give you deeper interactions with them, but then the Yakuza series has never lacked for characters, nor NPC depth. Based on that, my read on this is simply that the creative team wanted to pay homage to a genre that they’d been so instrumental in evolving with the previous Yakuza titles.

Who knows if this wild experiment will bear fruit and become its own series. Yakuza: Like a Dragon has everything it needs; an excellent crop of new characters, and even a new playground to base a series in, as we hadn’t been to Yokohama previously. The future of the series would depend on how turn-based combat sells in comparison to action brawler combat, I would assume. Either way, though, Like a Dragon is a delight. It’s a parody-homage to every turn-based JRPG trope you’ve ever known, set against brilliant character writing and the traditional urban playgrounds that have built this series into something beloved. I hope the development team is rewarded for the inherent risk that they took with this undertaking. 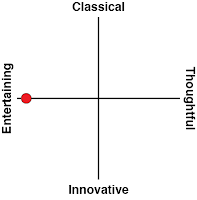