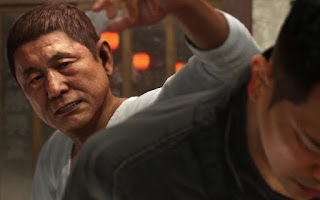 The seven-entry narrative arc that comprises the Yakuza series (0 through to 6) is considered by many to be a crowning glory of video game storytelling, and rightfully so. The arc takes Kiryu, his friends, rivals and special ward (Haruka) from impetuous youngsters right through to weary (so very tired) veterans, and does so with a balance of hard action, serious narrative, and outrageous humour. What has always been so impressive about the series is that it has managed to find that balance with such precision and consistency it’s almost mystifying how the development team managed to achieve it.

Related reading: Our review of the Yakuza Collection on PlayStation 4.

With the Yakuza Remastered Collection (Yakuza 3, 4 and 5) recently being released on Xbox Series and PC for the first time, you’ll be able to play the entire series through, from start to finish, on almost every platform of choice. It would be a long project to go through the entire arc indeed, given that each of these titles are dozens of hours long, but it would also be very much worth it to experience the series back-to-back and in linear fashion. What I want to discuss today in this piece is the close relationship to cinema that the Yakuza series shares, because while I do see “cinematic” thrown around often in reference to this series, I don’t think people are aware of just how infatuated the Yakuza series is with older filmmaking, rather than more modern interpretations on yakuza stores.

The yakuza have been a popular topic for Japanese filmmakers for as long as the Japanese have been making film. The “golden age” for the genre – which thematically parallels Hollywood’s western in which there’s a fear of modernity rolling over society and a resistance to the “outsider” – was between the 50’s and 60’s, though you can find films about yakuza right back to the silent film era. 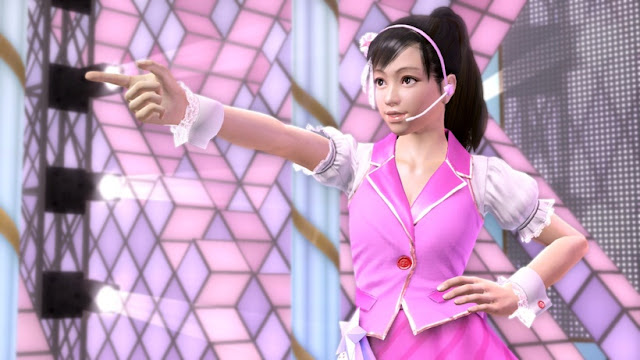 Back then, studios had a number of different approaches to the theme, but two of the most dominant were Toei, which produced “ninkyo eiga”, which loosely translates as “chivalry film.” These were the closest parallel to the Hollywood western, in which yakuza were traditional and the embodiment of the samurai sense of honour. They generally found themselves battling against westernised villains and pushing back against the idea of progress. The “good” yakuza were exclusively interested in honour and loyalty, and followed the yakuza code. The “bad” yakuza were in it for the money.

Nikkatsu action films of the 60’s challenged this. They embraced modernity, and the filmmakers drew inspiration from international film. They pushed back against the western genre themes to instead closely parallel the “rebellious youth” films, in which the young, modern-thinking yakuza heroes were constantly betrayed by the elders, and would eventually need to push back. They still held to a code of honour, but they identified with the new.

This is squarely where the Yakuza series falls. Leading man, Kiryu, has himself become the elder towards the end of the series, but through it he plays the role of a deeply honourable, progressively-thinking, “good yakuza”. Early on he gets wrapped up in the labyrinthine politics of the elder yakuza. Later on he tries to stop himself becoming part of it. He’s rebellious – often holding a greater level of respect for the police he comes into contact with than his fellow yakuza – and he does all of this while embracing every bit of modernity he can get his hands on. 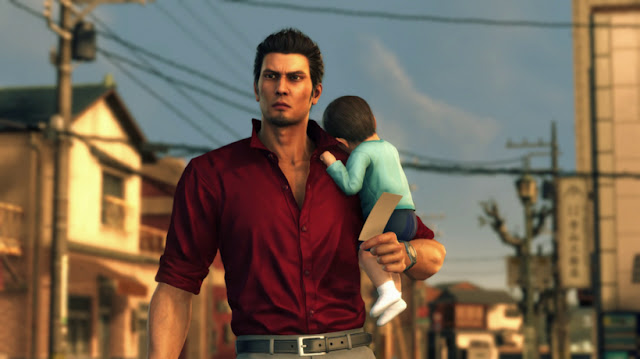 He’s also really, really cool, and this was critically important to the heroes of Nikkatsu films as well. Suzuki Seijun, one of the most prominent directors in the Nikkatsu movement, once said that “a hero has to look stylish. If he dresses like a bum, he’s not a hero anymore.” This certainly fits with Kiryu’s character, who somehow manages to make even a Hawaiian shirt look professionally dignified. Kiryu’s playgrounds also include high end bars, and one of the minigames common across much of the series is his ability to manage hostess clubs, in which the elite spend exorbitant amounts of money to talk to, and drink alcohol with beautiful women. To have a place in that world, Kiryu himself needs to look, and act, the part.

The one area where the Yakuza series departs from these classic films is in the violence. All yakuza entertainment necessarily needs to be violent, of course, but the gritty extremes that we see Kiryu go to as he picks up and slams a bike on his opponent, or rubs his face into the ground, would appear to be more inspired by Fukasaku Kinji, whose 70’s and beyond yakuza films were “inspired by documentary, neo-realism and new American directors such as William Friedkin and Martin Scorsese.”

To achieve this look, Fukasaku “… filmed on the streets with hand-held cameras, using natural lighting, extensive use of the zoom lens and different types of film stock.” 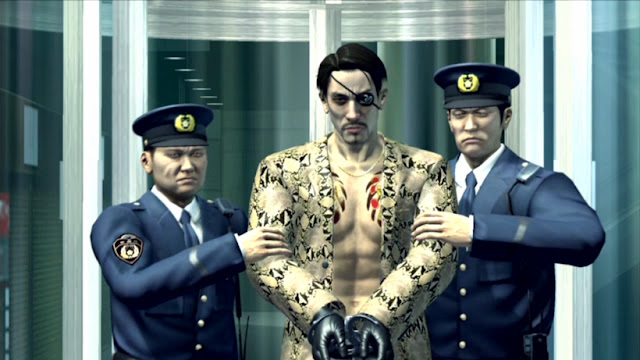 However, Fukasaku, as the ultimate Japanese transgressive filmmaker, used his yakuza films to subvert expectations of the genre. From Fukasaku onwards to modern filmmakers like Sion Sono, the idea of nobility within the yakuza is being steadily eroded, and recent efforts by the (real world) police to remove yakuza money from the entertainment industry in Japan show that the appetite for flattering depictions of the mob are just not there any longer.

Related reading: Still not started with Yakuza? Yakuza 0 is the best place to begin Kiryu’s adventure now. Our review.

The Yakuza games, however, indulge Fukasaku’s violence without being concerned with the subversion. The cinematic quality that the games aim for is of the high-end, with nary a gritty “handheld” camera shot in sight. Indeed, the length of shot, and deep contrast between light and shade that we generally see (particularly with regards to cut scenes), suggest that the visual design is more closely inspired by truly classic noir – the Humphrey Bogart films of Hollywood’s black and white era, for example.

In short, the Yakuza films borrow elements from modern cinema where it would help with the presentation, but the core of these films remain firmly rooted in a classical approach to yakuza stories, no longer in vogue. Why would a video game series that pushes so many boundaries in terms of its presentation and design – pulling real-world actors into performances of a level well beyond what most other games do, and having such a progressive approach to open world design – allow itself to become so beholden to such a classical approach to Yakuza filmmaking? 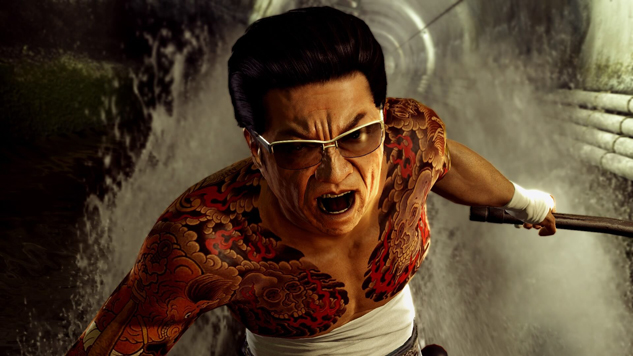 I would argue that it’s nostalgia speaking. A common thread running through the entire Yakuza series is a weariness with “how things are done.” Kiryu attempts numerous times to escape from his life in the Yakuza, to instead adopt “a simple life” – a retreat to running an orphanage in remote Okinawa, or the life of obscurity as a taxi driver. Japanese entertainment – and culture in general – has made a feature of both embracing the new while being nostalgic for tradition, and that’s how we’ve ended up with this brilliant series straddling the line between embracing the vibrancy and energy of modern Japanese cities and cinematic design, while, under the surface, wishing that stories were told like we were back in the 60’s.

Join the DDNet weekly newsletter and keep up to date with everything that we’re doing!