A vision of our future.

It’s easy to understand the appeal of post-apocalyptic survival builders at the moment. We’re all headed that way anyway as a result of climate change and the threat of nuclear war (and the rest). We might as well get some tips on how it might pan out for us. Homeseek, by developer Traptics and publisher The Iterative Collective, is the latest effort at this kind of experience, and it has some solid potential as the team gears up for release later in the year.

Homeseek is grim, as it needs to be. It’s a heavily story-driven experience about trying to scratch out an existence in an incredibly hostile world. It’s a rare moment in this game where you’ll feel comfortable. Water, for example, is scarce, and that’s talking about dirty water that will actively make your survivors ill. Fresh water is a true rarity. Foodstuffs are similarly limited, and your colony has a habit of consuming more of both than seems practical to gather. What little you do store is almost instantly eroded away when some kind of environmental event like a duststorm slows down production.

The grittiness of it does call to mind T.S. Eliot’s poignant quote: “This is the way the world ends – not with a bang, but a whimper.” The biggest threat that you’ll face in Homeseek is not a massive army raining hellfire down on you, or some other spectacle of destruction. It’s that your population taps out of its limited resources and simply fades out of existence. It’s a game where heat death is the most terrifying proposition, and that gives it a distinct, even melancholic tone. 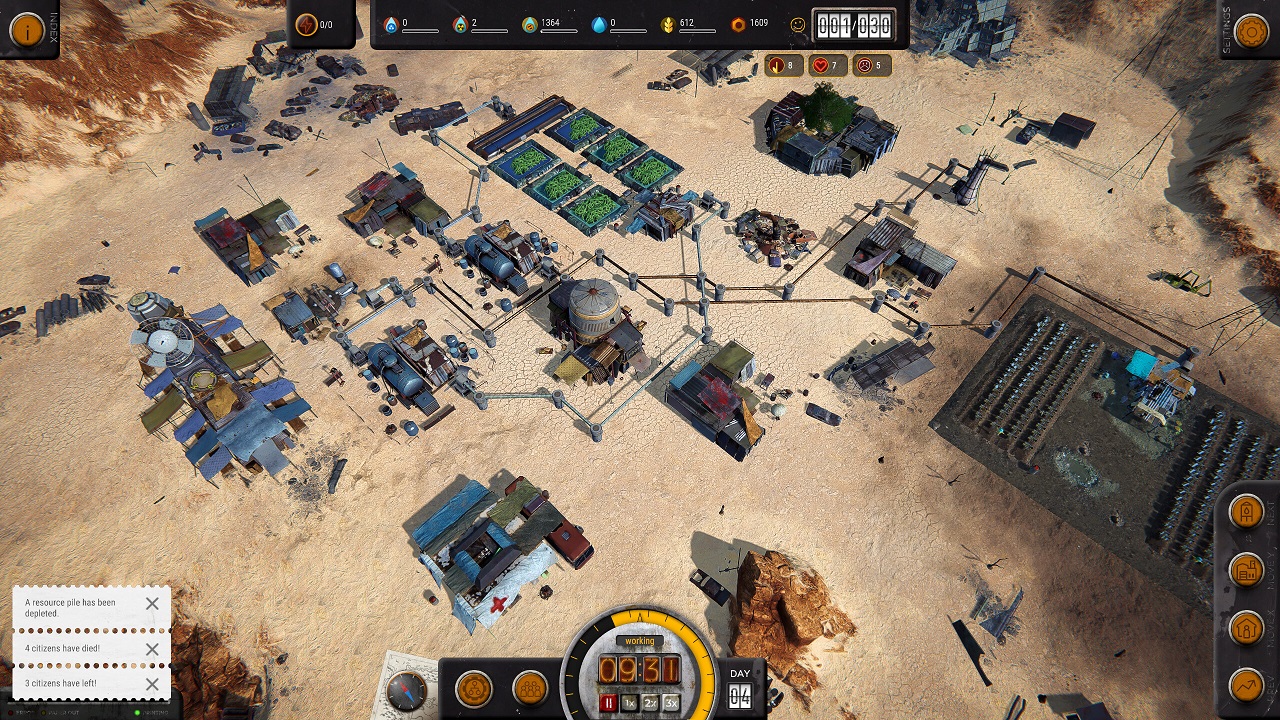 With most simulation “city builders” you’ll enthusiastically encourage as many people to join the settlement as possible. More people means more resources to get more done. With Homeseek, though, you’re almost certain to want to turn away the occasional band of survivors that look to join. In addition to some groups being less than benign, even those that will benefit the community also add more mouths to feed. You’re never able to be quite sure that trying to accommodate them all won’t result in a game over.

Homeseek otherwise behaves a lot like a standard town builder. In addition to finding food and water, you need to build shelters, research centres and healthcare facilities. These are all firmly focused on the needs of survival. There are tech trees to progress through, and while your little survival town is never going to look pretty, per se, it will build up from a couple of metal huts into something that resembles a functioning society. 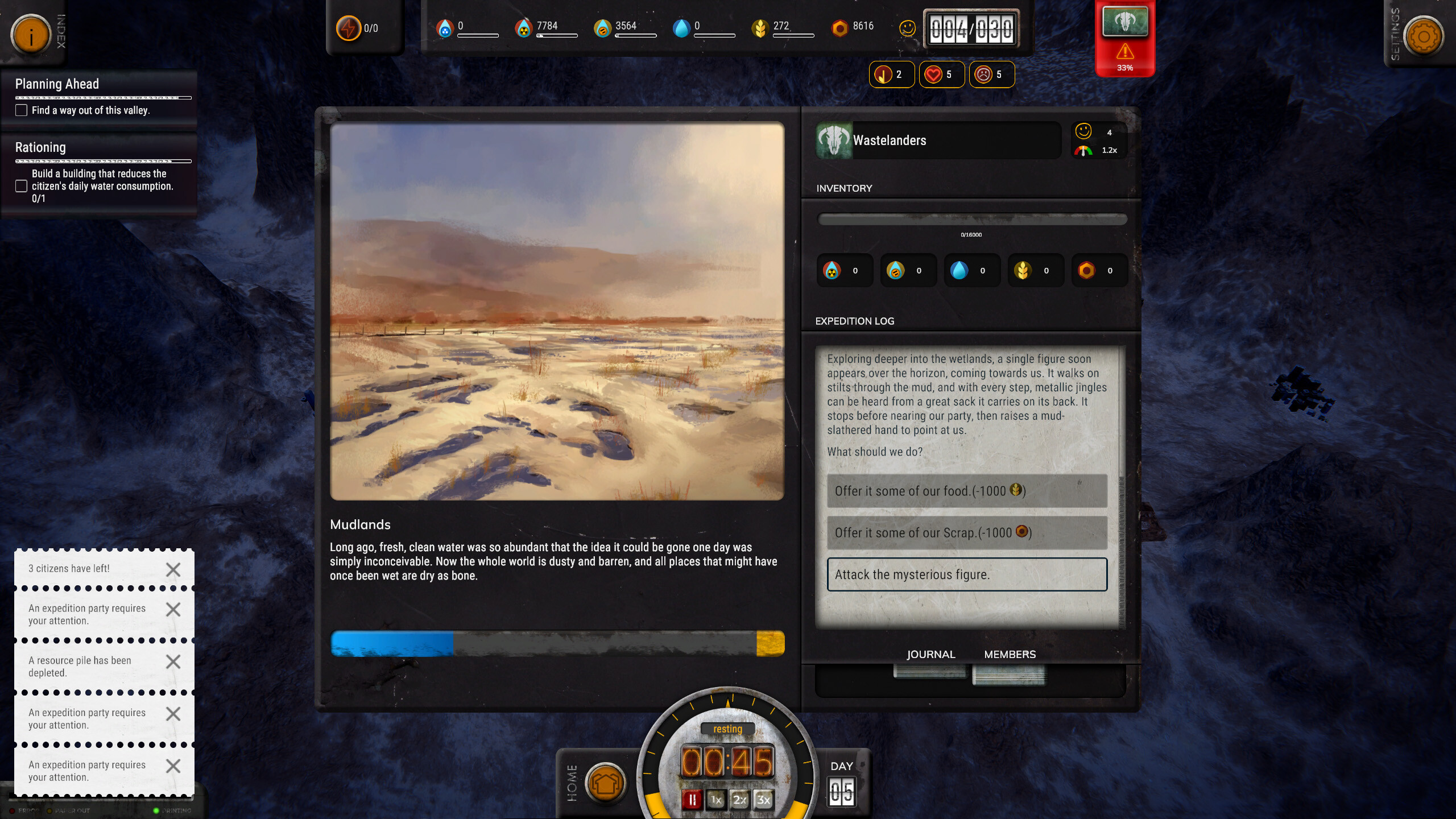 In short, it does seem like Traptics has all its ducks in line. Homeseek is a taut, challenging survival simulation. It’s not necessarily pleasant to play, but that’s also the point, and the thematic consistency applies to the narrative too. There’s a harsh edge to the story that Homeseek spins, and if you’re into your post-apocalyptic nightmares, like Cormac McCarthy’s The Road or Dmitry Glukhovsky’s Metro 2033, or any of the many other examples, then you’ll probably appreciate what Homeseek is aiming to do. Regardless of what else needs to be done before release, the core is already there.

What I do query is whether the game’s going to be seen as different enough. Back in 2021 Paradox Interactive published Surviving the Aftermath, and while it’s been a while since I last played that (while I didn’t review it, I picked up the Switch version and spent quite a good chunk of time playing it), the sense of familiarity to it that I get from Homeseek is almost overwhelming. There’s a stronger focus on narrative, yes, and Homeseek does come across as a grimmer, but the parallels are there and unfortunately for Homeseek the Paradox game has got higher production values.

In that context, I do hope the developers and publisher of Homeseek have a strategy to differentiate the game, because I do think it’s worthy and will be looking to see what is done between now and release to polish it further. There’s clearly a lot of passion and thought that has been put into making this game, so it does deserve to be built into something more than a “me too,” but I’m not quite sure if the developers have found that differentiating factor yet.