Visual artists know they’ve really made it once they get an art show in Paris. Genshin Impact arguably “made it” long before now, but regardless, it’s pretty big that the game is getting it’s own art exhibition! And in one of the world’s art centres! The show features over 40 original and “derivative” (I don’t like that word but it’s the one used in the press release) artworks. This is just further proof that games are art!

The folks here at DDNet generally take on the stance of video games being art, including me. Editor-in-chief Matt even wrote a book about it (and it’s a book you’ll want to buy, which you can do here). For a lot of people, video games fall into the categories of media/technology/content, but when you really strip down some of them they can be seen in a new lights. Game developers are artists plus technology, especially those in writing/visual roles (but I don’t discount the impact of the rest of the process).

That’s a rather long-winded way for me to say that this art exhibit doesn’t surprise me, and I take it as seriously as I would any visual artist’s exhibit. This is the first official art exhibit for Genshin Impact, and is titled Endless Adventure in Teyvat. It consists of concept art, sketches, models, developer notes, videos, soundtrack albums, and a collection of fan artwork inspired by the game. Registration is free at the event page; walk-ins are also accepted but they won’t receive a commemorative ticket. 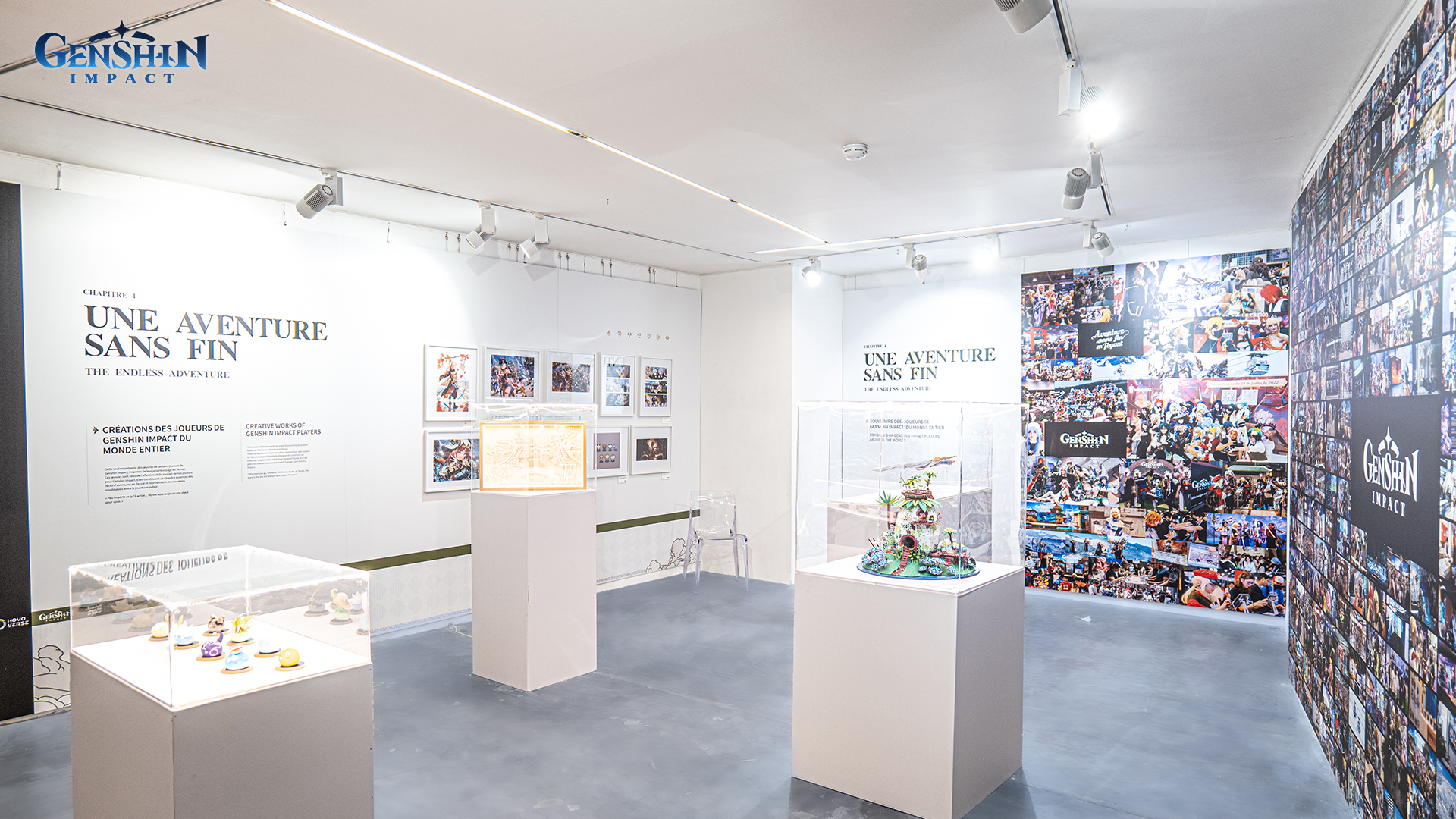 Genshin Impact is a free-to-play open world adventure RPG that allows players to explore the world of Teyvat (hence the exhibition’s name) and is currently available for iOS/Android, PC, PlayStation 5, and PlayStation 4. It was first released about two and a half years ago and continually expands with things like new nations, landscapes, cultures, stories, characters, and gameplay.

The exhibition includes original developer artwork that contains never-before-seen information, and shows audiences how different artists and developers work together to create the beloved world. A huge 3D map model of the current landscapes and 16 pieces of concept art introduce visitors to the world, while deeper insight is provided through sketches, developer notes, and life-size replicas. A collection of fan art is also on display, as the community is part of the game’s continuous development.

For those interested, the show is at Galerie Joseph in Paris, 7 Rue Froissart. It is open from 9 a.m. to 8 p.m. until January 10. (On that note, whoever handles their press releases should really learn to include all relevant information. The address is kind of important but I had to go searching for it. Who includes the time but not the place?)