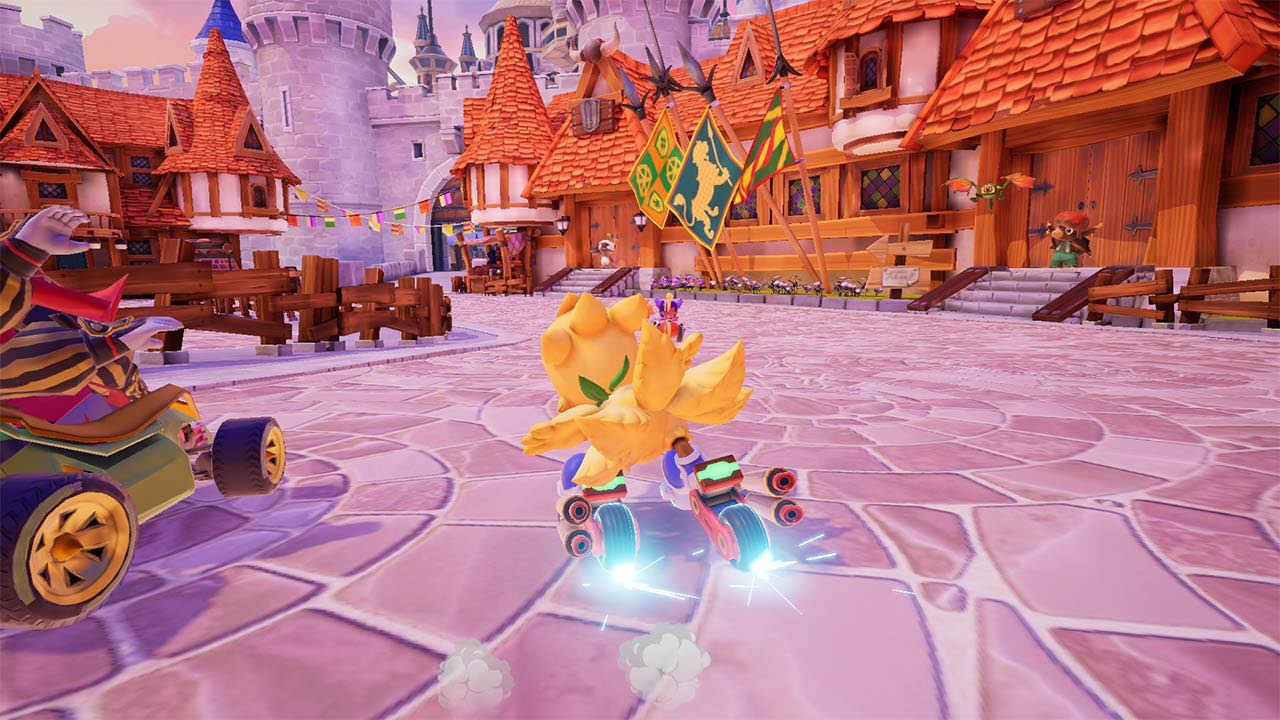 It was a long time coming. The previous Chocobo-themed kart racer was a title all the way back on the PlayStation One. This new Chocobo GP did have its detractors, but there were also plenty of people that, like us, absolutely loved it for its bright charm and pleasant spirit. With a massive roster to appeal to the Final Fantasy fans out there, easy-to-grasp mechanics that allows anyone, of any skill level, to jump in and have fun, and some great, smooth local multiplayer, Chocobo GP is an easy choice for the Christmas party rotation.

Away from that you can enjoy multiple-round, 64-racer championships online, which is always exciting, and a story mode that is pure Chocobo fun. It’s a pity that Nintendo released this at about the same time that it released a big track pack for Mario Kart – it undermined Chocobo GP more than a little. But now that we’ve reminded you of it, you can check it out this Christmas!