Idea Factory announced the release date for RPG Neptunia: Sisters VS Sisters today, which is incredible exciting. It also announced what the different versions include; there’s digital standard and Deluxe, and physical standard and Limited. The game actually has a strange link to the pandemic, in my opinion. Maybe I’m just thinking too much?

Play as the Goddess Candidates, led by Nepgear, who have woken up from a two-year sleep to a strange Gameindustri that’s been upended by a threat called the Trendi Phenomenom. While they were asleep, citizens have become obsessed with a device called the rPhone, as they can’t leave their homes while monsters lurk outside. There’s the pandemic link: being stuck inside with nothing but our electronic devices for communication with the outside world. Intentional or not, it’s still a bit of a sore spot for many – and the game may help cope with those pent-up feelings. 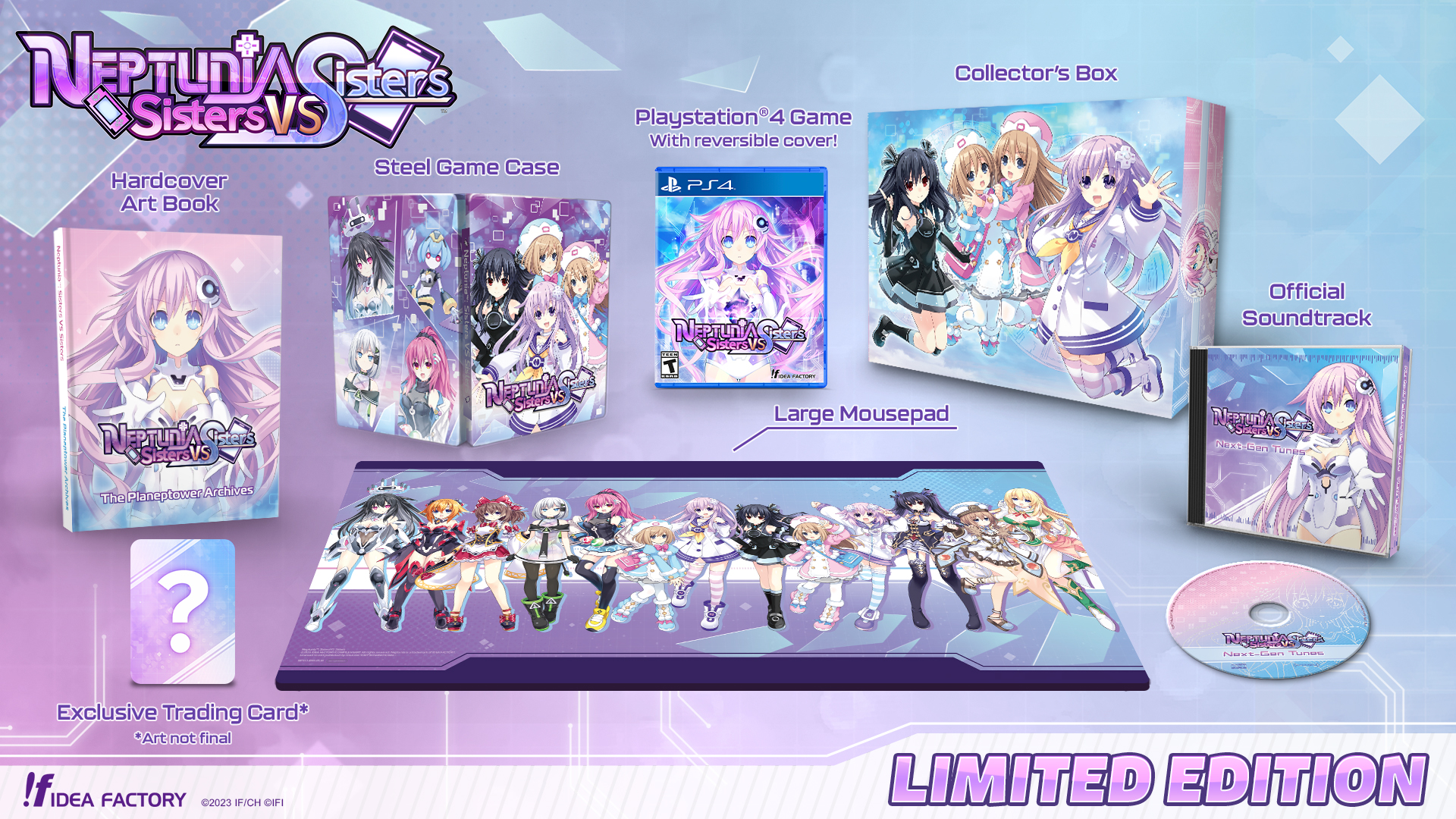 I know it’s a bit weird to be talking about physical editions on a site called Digitally Downloaded, but I actually quite like this one (partially because it’s blue and purple, which is a great colour combination). Of course, there’s the standard edition which is just the game. But the Limited Edition is where its at. It includes the game, a steel game case, a hardcover art book, an official soundtrack, a large mousepad, a collector’s box, and an exclusive trading card.