Well worth rolling the dice with.

Taiwanese publisher/developer, Softstar, is best known for being a rising global force with its RPGs. Sword & Fairy and Xuan-Yuan Sword are rapidly gaining prestige worldwide (and with good reason, too). There’s more to the “Square Enix of Taiwan”, though. Softstar is also the company behind the Richman series of digital boardgames. The series might not have risen to the prominence of Square Enix’s Itadaki Street (which actually came later, and is therefore the “clone” series), but, since Softstar now localises theirs and Square Enix does not, I’ll take them. Richman 11, the newest one on Nintendo Switch, is great. Poorly localised, but still, it’s great.

Very basically, if you played either of the two Itadaki Street titles that has been localised as yet (Fortune Street or Boom Street on the Nintendo Wii, title depending on your region, or Fortune Street Smart on mobile), then you’ve got the basic gist of Richman. For those that haven’t, there are two principle “layers” behind the wealth-generating, dice-rolling board game.

The first is the property market. Just like Monopoly, you roll dice to move around a board. If you land on a square that is currently unoccupied, you can purchase it from the bank. If you land on a property that you already own, you can invest in it to “level it up.” If you land on an opponent’s property, then you pay them rent. The higher the level of the building, the greater the rent. 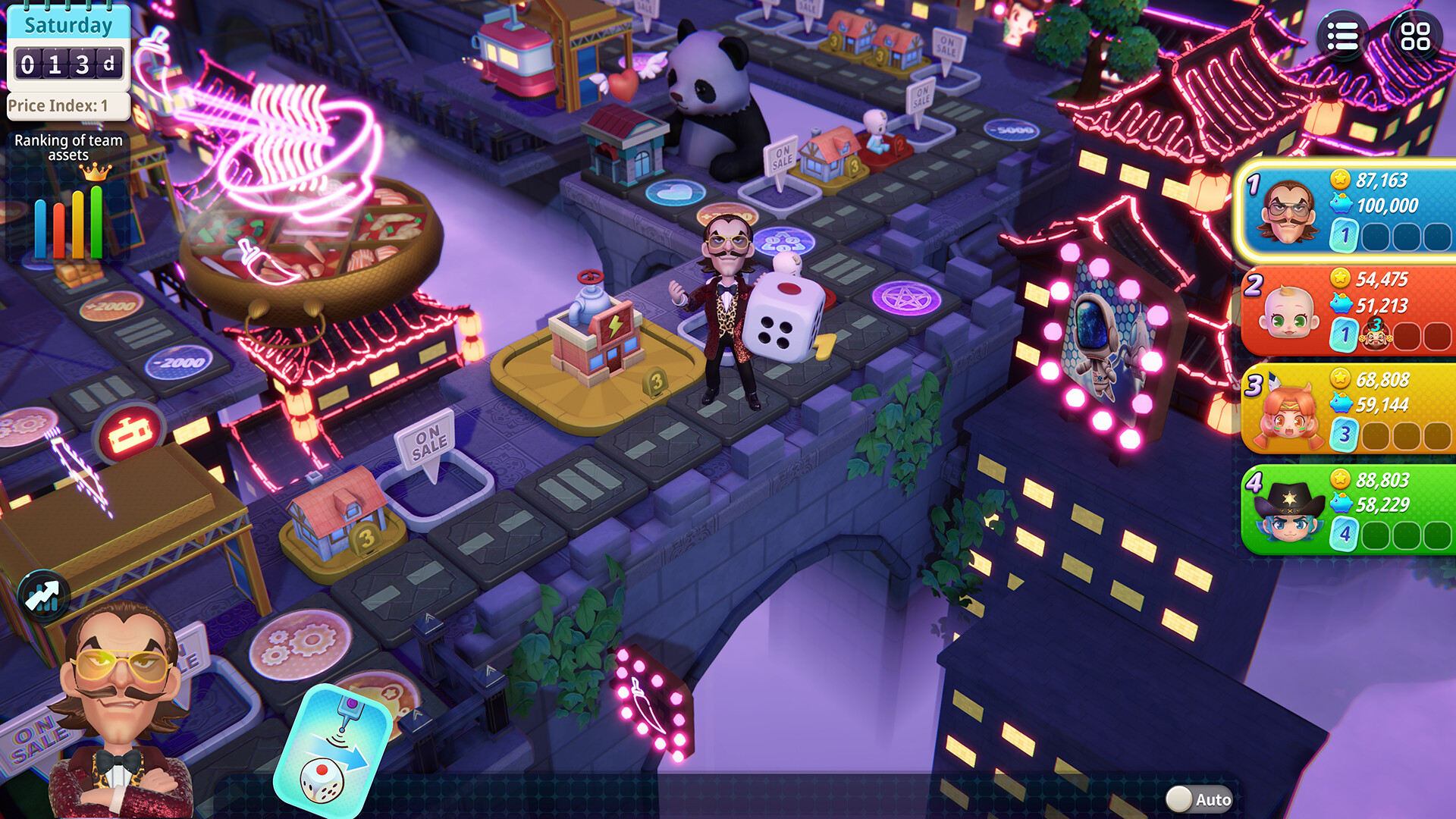 There are plenty of modifying factors, such as squares with special effects, and the ability to buy and use “cards” that will do everything from swap ownership of properties to letting you move a specific number of spaces. There are also special “premium” squares that allow you to upgrade buildings to have game-changing effects (look for plots of land that are 2 x 2 squares big and make sure you rush to acquire those at the start of the game). Most of the maps also give you some small element of control about how you move around them, and you can use that to avoid risky areas if you’re not sure about your ability to get through them. These things combined help to prevent the game feeling like Monopoly to play, where the outcome of the game is effectively decided before the first dice is thrown, and is down to luck almost entirely.

It’s the second element of the game that really helps it reduce the impact of luck, though. There’s a stock market, with a dozen or so different companies that you can buy shares in, and those shares will fluctuate in value over time. The goal is, naturally, to buy low, sell high, and playing this side of the game well can do a lot to mitigate against being unable to secure the premium properties or be as lucky with the dice as others.

The problem with Richman is that this system isn’t anywhere near as well defined as in Square Enix’s Itadaki Street. With that series, stocks were attached to sections of the board, which was broken up like in Monopoly. So, imagine that you could buy stocks in the orange section of the board, or in Mayfair & Park Lane. The value of those stocks would go up when people either bought more of them, or the property values that each stock was attached to increased. So, if someone built houses on properties in the orange section, the value of the orange stocks would go up. This was an excellent system that created an interesting, nuanced, and strategic economic system. 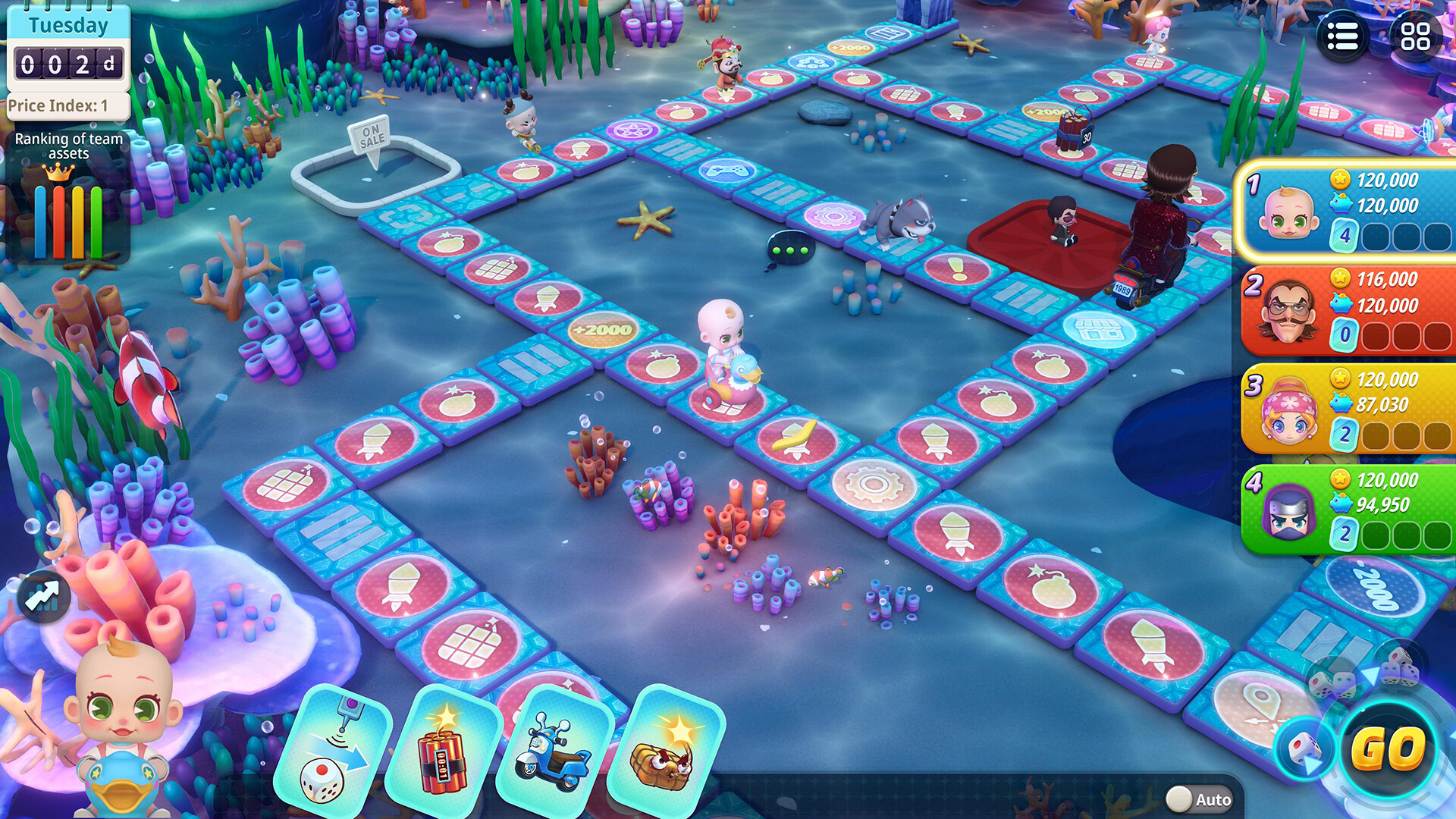 Richman, meanwhile, just has stocks that you can buy into and they’re basically distinct to the action that’s going on with the board game. Consequently, it is much more difficult to strategically work the stock system, and it leaves the board game bit feeling a little undercooked. It’s still a good, fun combination that makes for a fun board game, but Itadaki Street has it much (much) better.

In some areas Richman is just broken. Scattered around the map are “gods” that offer you powerful effects if you land on them. Some gods are negative (and you’ll need  a special card that can remove them from the board because you don’t want to be hit by those), but the beneficial gods have some incredible effects. The Angel, for example, upgrades every property you land on for a number of turns. In the early part of the game that gives you a potential advantage so extreme that it might as well be considered broken. Because games tend to drag on (and on) in Richman 11, temporary setbacks don’t usually ruin the game, like a good run of luck in the first lap of the board in Monopoly might, but it could have done with some tighter balancing and, perhaps, toning down some of those powerful effects.

As a final – but important – criticism, the localisation of Richman 11 is terrible. The words have been translated, yes, but the direct translation too often means that the explanations of critical systems is confusing and you’ll need to work it out for yourself through trial and error. Even having played Richman 10 before it, I needed three or four spins of Richman 11 just to understand all the new elements and flow of the game, and it was only at that point – a fair few hours in – that I felt comfortable enough that I fully understood what was going on. 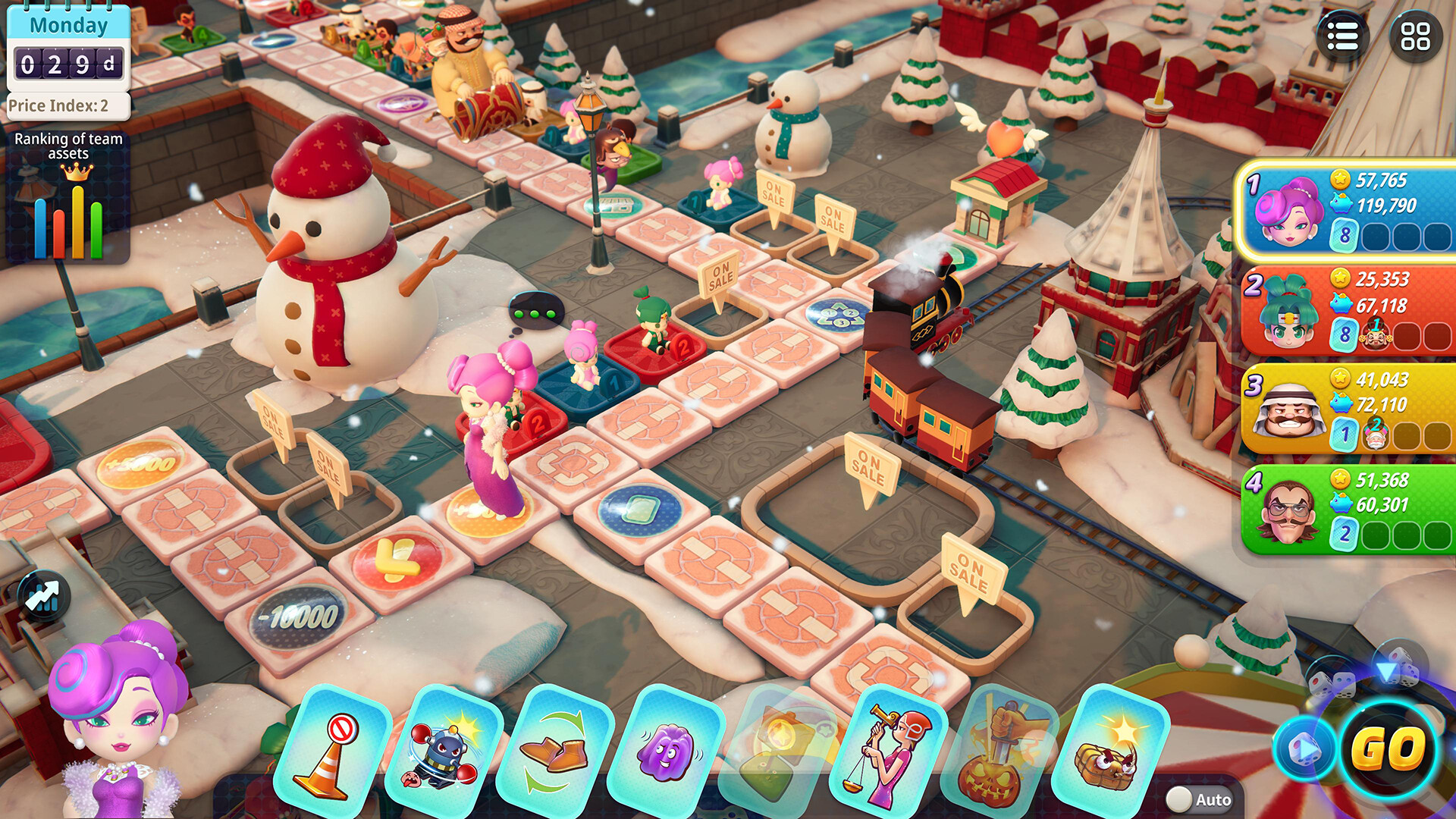 With all those criticisms out of the way, Richman 11 is still a good time. The game’s boards are bright and charming (and there’s a good variety of themes across them) and there’s a huge range of different characters to choose between. Admittedly it’s not the Mario, Dragon Quest and Final Fantasy characters, which has been a big part of the appeal of the Itadaki Street series, but despite having no recognition value, you’ll have fun with what’s on offer in Richman (or, at least, love to hate some of the more irritating characters).

With a better localisation Richman 11 would be essential to people who enjoy digital board games. It’s not quite as good as Square Enix’s equivalent series, but, again, since Square Enix isn’t localising those, good on Softstar for stepping up. Unfortunately the poor localisation does mean that the game comes across as obtuse and will only be for people who have a lot of experience in this kind of experience, and the patience to learn this one’s quirks over several sessions.

Wo Long: Fallen Dynasty now has its release date

Somerville, the spiritual successor to Inside, is coming soon!