The Legend of Heroes series is famous for being impenetrable for newcomers and also having a fanbase that likes it that way. They’ll insist that you absolutely cannot play any game in this series without having magically played all the other games first. And if you like the wrong ones whoo boy are you the worst person on the planet. It’s a pity because The Legend of Heroes deserves a smarter fan base (my comments will burn because of this…). As a series, it is a smart, sprawling, wonderfully epic series that deserves real thought and discussion. It’s one of the few JRPG properties that genuinely justifies being as big as it is. Trails From Zero isn’t a new game, technically. It was a PSP title that just wasn’t localised. But now we can play it, and it is excellent.

You don’t need to have played any of the other dozen or thereabouts Trails titles to enjoy Zero. The plot itself is perfectly comprehensible as a self-contained thing, but it is worth noting as you play that the series is intricately linked and if you do go on to play the others (and you should), you’ll find many of them referenced here, and the events and characters of this game referenced in them. The lore and worldbuilding in the Trails series is so expansive it makes Tolkien’s work look modest in scope, and with so much background detail, exploring the world is a very different experience compared to most JRPGs.

With most JRPGs, there’s always the sense that everything is built specifically to facilitate the story of the protagonist and their party (mainly because it is). Outside of what happens to them or will affect them at some point, there’s nothing. There’s nothing wrong with that approach since any creative energy that goes into building a typical JRPG’s world beyond the protagonist’s story is going to go unused, and therefore, ultimately, be a waste of development time and resources. 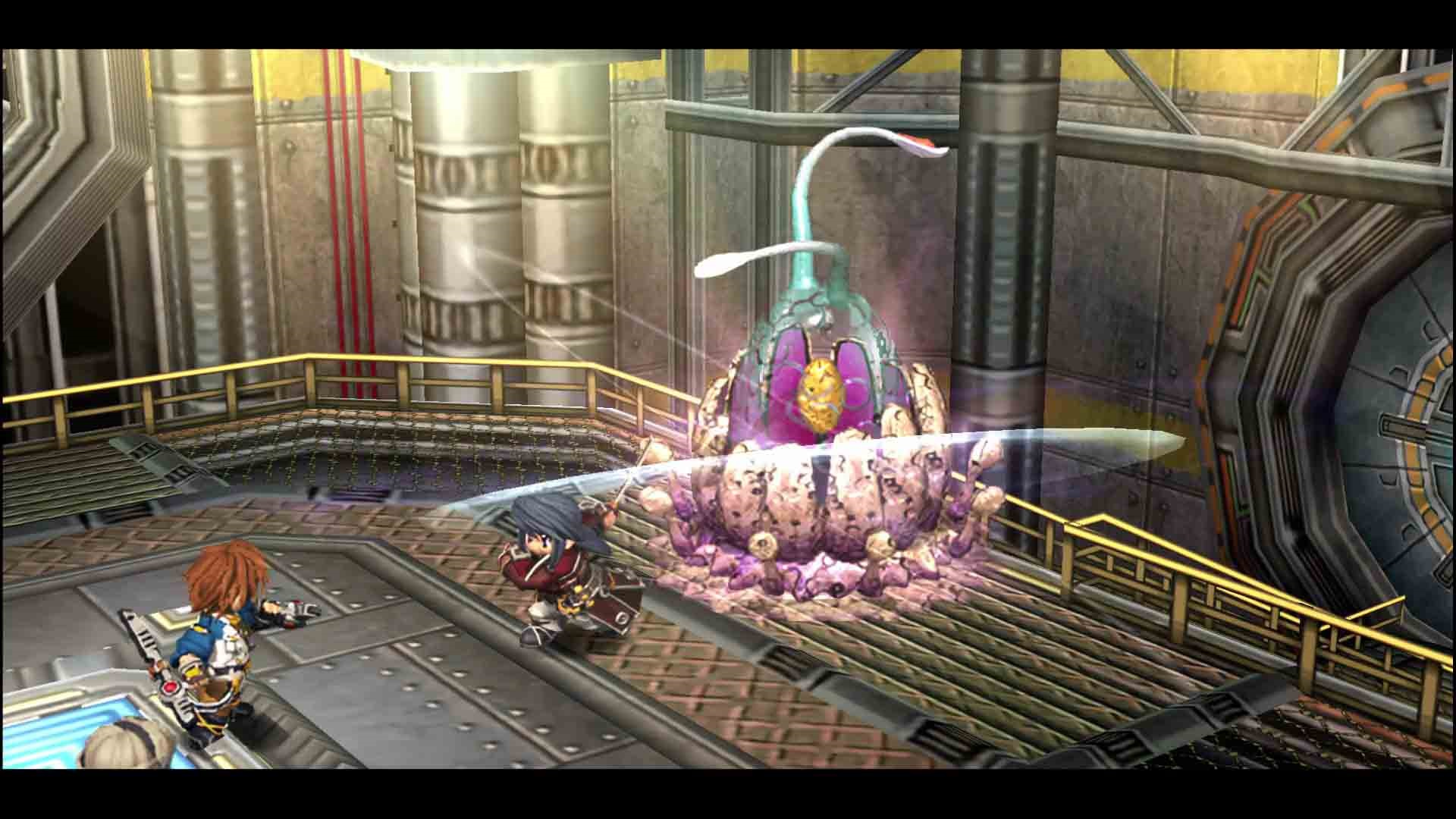 But Legend of Heroes takes a different approach. By situating all the games in the same world, and then having so many characters appear in other titles and events cited from one to the next, there’s always a sense with Legend of Heroes that you’re playing something truly epic. The distinction is not just an academic one. The epic is a very specific literary genre and while most JRPGs heavily borrow elements from it (the superhuman hero, the use of supernatural foes, etc) few would be able to tick them off quite as completely as Legend of Heroes. One criteria of the epic in particular, is almost exclusive to this series: the author of these texts sees and knows all and aims to remain objective. In video games that one’s only really possible when, throughout so many titles, you’re examining the world from multiple perspectives.

We certainly see that in the Legend of Heroes series as a whole. These games have their villains and enemies, but the overall tone of the series is to present its massive, world-changing conflicts and the factions that participate as that of differing perspectives and political positions. They’re true epics, and at some point, I hope a university student does a comparative thesis on the likes of Beowulf and Paradise Lost, and Legend of Heroes, because I think there would be a fascinating angle in there about how the role the epic has in modern entertainment.

In case all the above wasn’t enough of a clue into this, Trails from Zero tells a fascinating story. You play as a team of young recruits to the local police force in one of the world’s major cities, and you’ve been given the job of completing odd tasks and helping the citizens to try and improve the reputation of the police force. Especially since there’s a vigilante group that’s out there winning the hearts and souls of everyone and causing a headache for the police themselves. Now, before you jump to the inevitable ACAB reading of this, it should be pointed out that as with any Legend of Hero title, there is a lot more to it than you’ll see on the surface. This game definitely wants to challenge you along the way. To give away more would be spoilers, but the good guys aren’t necessarily pure, the bad guys aren’t caricatures, and there’s a very strong moral discussion that goes on across the key plot point. Trails from Zero poses some genuinely hard questions on how you feel about a broad range of topics, and while you might see the bright anime art and assume otherwise, this game demands that you take it seriously. 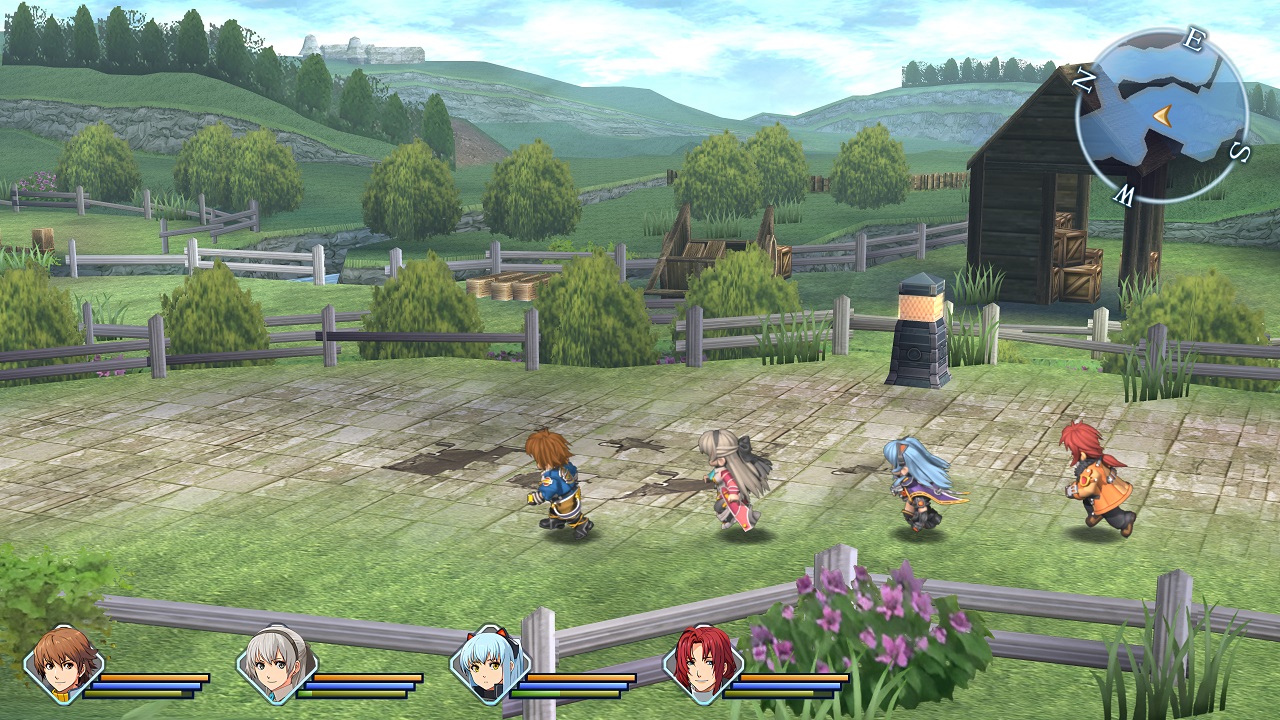 Practically, Trails from Zero plays nicely enough, though as one of the older Legend of Heroes titles, it’s relatively straightforward. It’s turn-based and positional, meaning that on your turn you can move your characters around a grid to position them to attack the enemy, a little like you’d see in a tactics JRPG. Each character has access to magic abilities (which are provided through orbs and you can customise your party by assigning different orbs to different characters). They also have various special and super attacks tied to their ability to build up a “TP” resource. That’s about all there is to the combat, but it remains entertaining throughout thanks to a good enemy difficulty curve and the tactical depth in the boss encounters.

It’s only outside of combat where the game struggles ever so slightly. You’re incentivised to do as many side quests as possible in pursuit of your overall goal of helping the population, and they will lodge plenty of requests for your time. Unfortunately, those sidequests are often of the worst, most mundane sort possible, and while I do acknowledge that this fits with the themes (the police-are-helpful PR ploy was always going to lead to a bunch of dull, kitty-saving tasks), it results in great periods of downtime where the fascinating main plot is stalled while you complete the necessary busywork to keep your team’s police rank growing. Across all the Legend of Heroes games that I’ve played, this is the closest I’ve felt that the series has ever let unnecessary “filler” pad out the already substantial main quest.

This is redeemed by the personality of the characters and their sheer range. The core group of heroes have a great dynamic that was written expertly, by people that understand how levity and seriousness can complement one another and deepen the emotional range of the work. Many of the supplemental characters have fascinating arcs of their own, and allow the core group of heroes yet more opportunities to build their personalities by bouncing off one another. The characterisation is supported by a superb and nuanced localisation. This is, famously, a fan translation that is so good that NISA effectively worked with the fans to bring it to the commercial release, rather than try their own translation, and you’ve got to say that is a good move on their part. One final thing that helps with the personality of the game is the art direction, which is gorgeous. The core city location of Crossbell is a vivid and vibrantly colourful place, broken up into themed districts that, right from the start, you just know are all going to play host to their own individual intrigues. The character sprites and environments might look a little utilitarian – this was originally a PSP title after all – but it’s not enough to get in the way of the art direction, which allows the game to focus much of the experience in the one city without ever draining the player’s attention or goodwill.

As one chapter in something that is almost experimental for video games – a genuine epic, spanning decades of game development, a half dozen consoles, and a dozen titles – Trails From Zero is a very fine entry indeed. The rich complexities of the narrative engage the brain, while the charming writing and characterisation also make for an entertaining experience. The story is everything to this series, so it’s just as well that is spot on, though thankfully the combat is enjoyable in its own right, and it’s all backed by excellent aesthetics. If you are new to The Legend Of Heroes, this isn’t a bad place to start. If you’re a veteran of the series you must surely love how one of the best games in the series has finally got the full localisation it always deserved.