This was where the magic started.

When I think back to my early efforts in game criticism, things get a bit hazy (I’ve reviewed thousands of games since, give me a break), but I’m pretty sure that La Pucelle, on the PlayStation 2, was the very first JRPG I was ever given the opportunity to review. It was for the Official PlayStation 2 Magazine, and no one else on the team wanted to touch something that looked that quirky, so I was given a 150-word column to somehow summarise that entire game.

Related reading: Check out our review of the first and second collections of Prinny Presents.

That introduction was 86 words alone. I love print journalism, and DigitallyDownloaded.net is one of the very few publishers that maintains a magazine product in the gaming space, but I do not mind the ability to be wordy in Web publishing. Not one bit.

Anyhow, the point of this whole digression is to say that of the two titles that make up the third collection of NIS classics, La Pucelle: Ragnarok (which is a PSP port with some additional stuff over the PS2 original release) is the one I have a very strong personal attachment to. Unfortunately, as good as it is, I do think that a lot of the majesty of this tactics title will lost on newer players, and it’s for a simple reason: Disgaea happened and stole all the thunder. 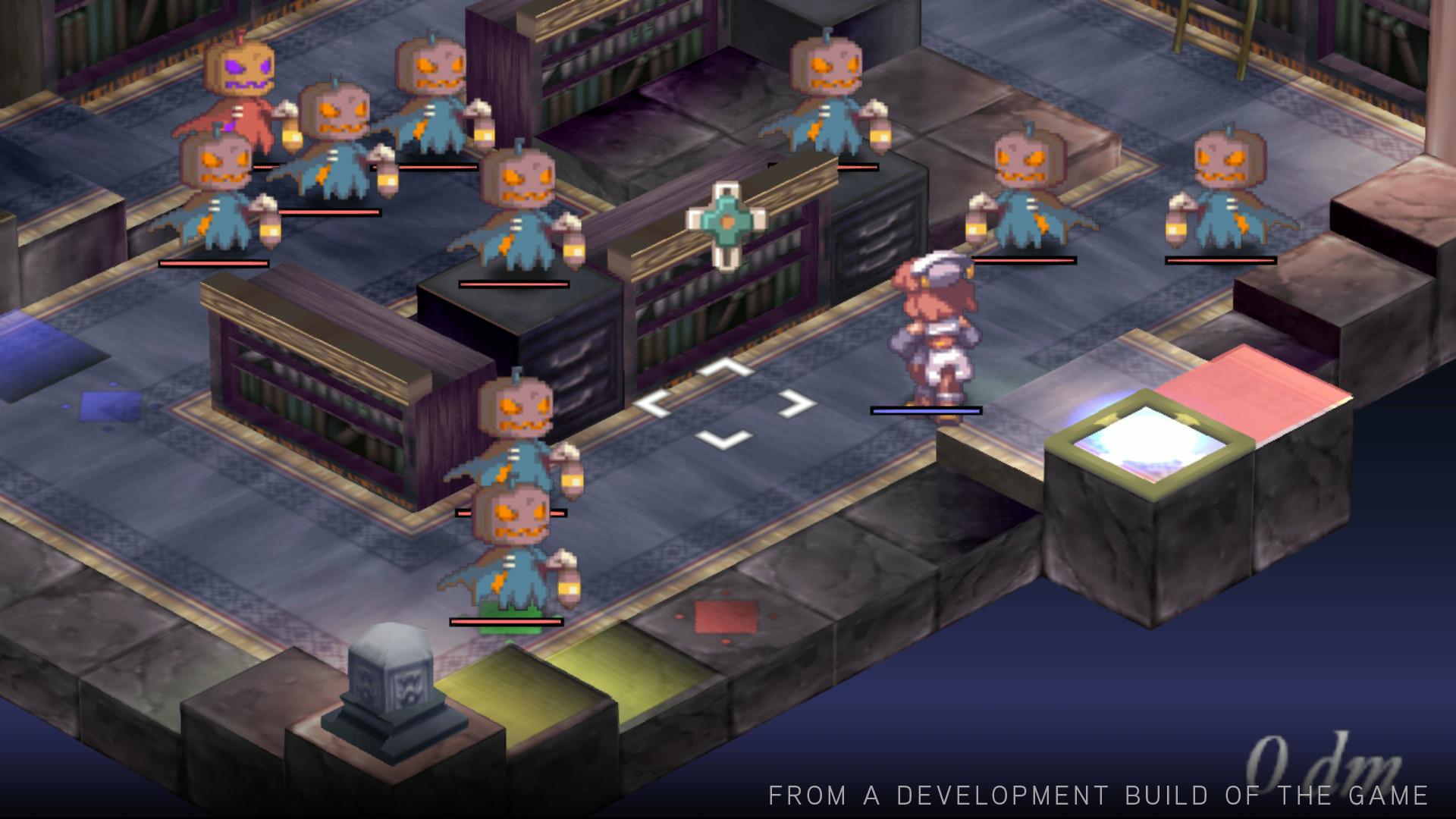 It’s hard to imagine a time before Disgaea. It has been the cornerstone and bedrock of irreverent, over-the-top, humour-filled tactics hijinks for so long, but before Disgaea landed there was La Pucelle, and a lot of the later oddball series so much to this vastly more pioneering game.

The game tells the story of a group that belongs to a church that specialises in training demon hunters. Thinks happen, and one group of demon hunters in particular get dragged into a world-shattering plot. Thankfully, where the original game had religious iconography removed to avoid causing too much offence to certain overly easy-to-offend groups, for this new release the original creative intent has been preserved. Meanwhile, the game’s got a bubbly, colourful sense of humour, if let down by the typically grating American anime dub voices (and no way to play in the original Japanese, as far as I could spot), and will be immediately familiar to fans of Disgaea, as it is essentially a prototype to what that series would later bring. Eccentric characters, a very anime sense of humour and big, flashy combat is the norm for this game.

As you might expect, La Pucelle has an almost intimidating depth in tactical combat. There are all kinds of things to level up (including both characters and equipment), but the main quirk is the ability to “purify”. You can purify trails of dark energy (which you can also manipulate by having a character stand in the stream and face a certain direction, so you can make sure it “catches” a particular enemy if you want it to), and that will set them on mystical fire, damaging any enemy in its path.  Or you can purify enemies and convince them to join your side, if you want. It is, again, all prototype Disgaea, and if you’re reading this on DDNet then you’re almost certainly familiar with Disgear. As this is the prototype, Disgaea would eventually supercharge the excesses and refine the combat further, but La Pucelle Tactics is the real genesis of NIS’ moneymaker and deserves respect for that. 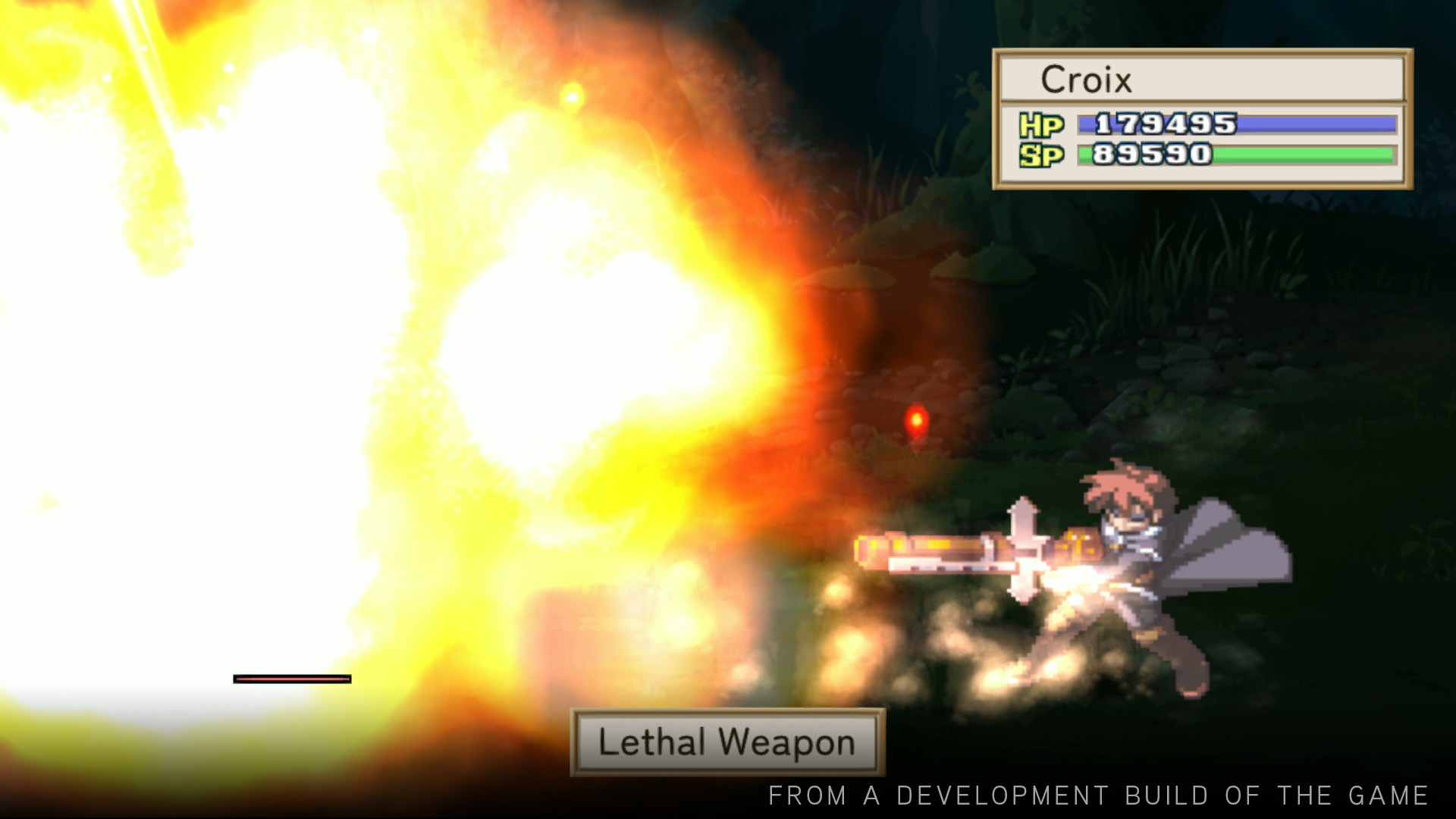 Rhapsody: A Musical Adventure, meanwhile, simply hasn’t aged well at all. It was NIS’ second JRPG in its entire history and, I believe, its first-ever western release. That makes it a curiosity, but sadly, while there is a lot to admire about it, it’s also a game that’s a product of its time, and the industry and genre have moved on from what it did for a good reason.

What I did like about it is that it breaks away from JRPG tradition, in a sense, because it isn’t a power fantasy for adolescent boys. A lot of this game has a fairytale-like quality to it, as the protagonist swoons over a handsome prince, and has a rivalry with a girl who lords her prettiness and fashion sense over her. A core mechanic is breathing life into the girl’s dolls, and another core mechanic involves singing. These are all delightful qualities and give Rhapsody a whimsical quality that to this day stands out. It stands out because unfortunately, we’re still getting way too many JRPGs that are about boys and their big… swords, and made for a very specific audience.

Also unfortunate, however, is that the game’s combat system is an exercise in irritation. Rather than a typical JRPG battle screen, the random encounters in this game take place on small grids that you move around like in a tactics JRPG. Unfortunately, all you’ve really got room to do is charge straight at the enemy and unleash hell. There’s very little tactical variety in this system, beyond selecting what skills to use, and that could have been done with a conventional battle system. A conventional battle system wouldn’t have been slowed down by the completely unnecessary movement of characters around a grid that this one forces on you. 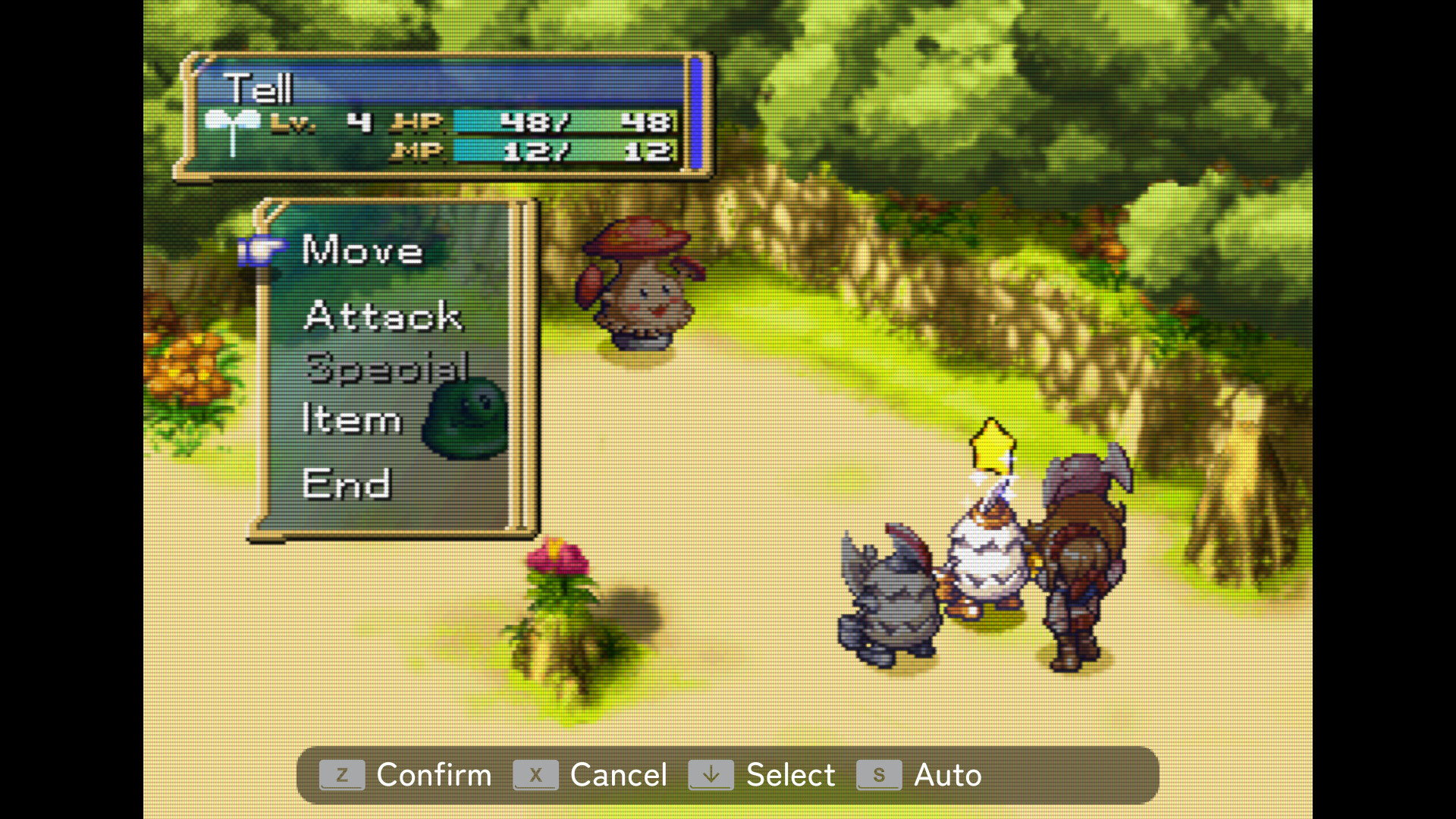 The dungeons themselves are infuriating, too. Environments are made up of a series of single-screen spaces that are connected to one another by exits, but there’s no map, whatsoever, and it’s quite easy for those samey single-screen environments to become confounding. I understand that this is an older RPG, and maps were by no means guaranteed for the genre back then, but that is one archaic quality of older RPGs that isn’t aging well. Make sure you keep a notebook handy to make a manual map as you explore (and at least the random encounter rate isn’t too cruel).

All this being said, NIS games at their most frustrating still hold a colourful charm and quality that is unlike anything else that any other developer or publisher can produce. That applies to these two too, and while the previous two NIS classics collections might have been more modern and/or experimental, and therefore more impressive on the surface, the third collection, here, does offer the most authentic “retro archives” quality. What we have here is the genesis of NIS the JRPG developer, and the genesis of the Disgaea titles. Just playing through them at all very much feels like the history of one of the most important publishers to the genre.

Many of my complaints from the previous two collections apply here. I would have liked to have seen more effort go into the game’s history – give us scanned copies of the manuals or digital art books or something to make it feel more than a launcher for two games picked at random out of the back catalogue. Nonetheless, these are two deeply nostalgic and important artefacts from a genre, and La Pucelle, in particular, is a pioneering title that every genre fan should play.

Podcast-in-Video: Are handhelds the real future of gaming?