D00d... this is gonna take you a while to play through!

Nippon Ichi is at its best when it is at its most inscrutable and inaccessible. The more heavily a NIS game’s humour leans into a surrealistic anime-style over-the-top tone (whether for comic effect or otherwise), and the more numbers the game can throw at players, the more they tend to respond positively to it. One of the joys of the Prinny Presents collection is that they give NISA a way of re-releasing titles from the library that couldn’t be dusted off for a “remaster” or single re-release. A collection is a different experience than a standalone title, and it’s easier to package up obscure games this way. Prinny Presents Volume 2 is, like the first, excellent at this.

Like the original Prinny presents there are two titles to play through. The first is tactics JRPG Makai Kingdom: Reclaimed and Rebound, from the PlayStation 2, and the second is Z.H.P. Unlosing Ranger Vs Darkdeath Evilman, a roguelike that had previously languished on the PSP. Both titles are absolutely, unapologetically nuts. Gloriously insane. Hilariously dumb… and I mean that in a very positive way.

Makai Kingdom is basically a tangent to NIS’ beloved Disgaea series. It, too, features overlords of the underworld and their Netherworld pocket universes. Here you play as Zetta, an overlord that discovers a book of prophesy that suggests that his own stupidity will cause the destruction of everything. Then he’s turned into a book and tasked with getting the overlords to write wishes in the book to spring them into existence. To do that he needs to summon a bunch of heroes out of rocks and trees and things (since he can’t fight himself… he’s a book), and then command them across a bunch of other Netherworlds. If none of that makes particular sense, then don’t worry. I don’t think it’s meant to make sense. It’s ridiculous, surreal, popping with banter and comedic energy and, as someone that never did play it back on the PlayStation 2, it has been a joy to have what is effectively a new Disgaea to play. 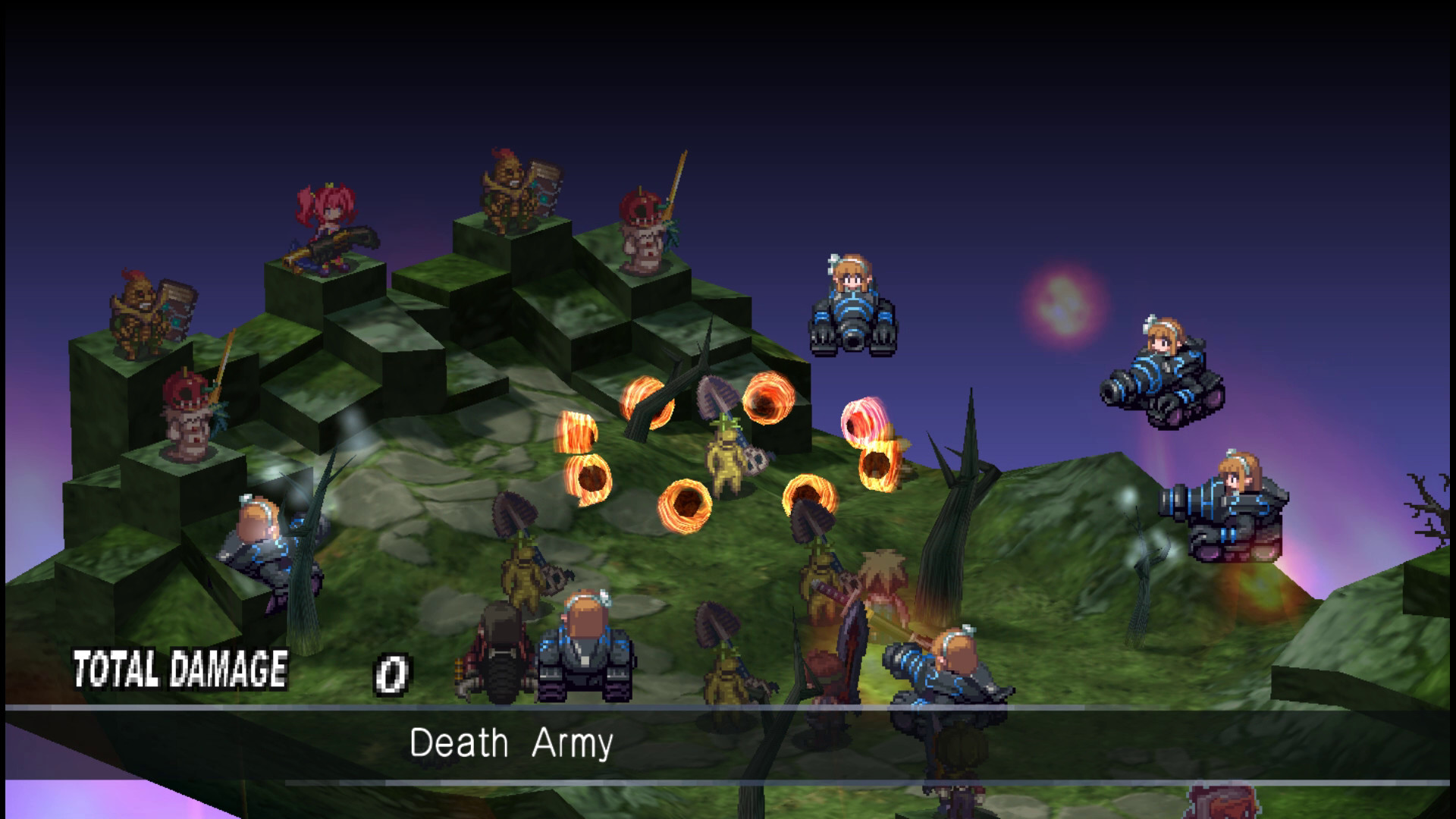 However, as good and wildly entertaining as Makai Kingdom is, Z.H.P. Unlosing Ranger is the real hero of this package. It’s not a tactics JRPG, but rather a roguelike, though it runs to slightly different rules than other classic roguelikes (enemies only respond if you enter their sight ranges, for example) and is a nice twist on the Shiren the Wanderer/Chocobo Dungeon tradition. It’s also a fun twist and extended parody of the Power Rangers-like approach to storytelling. The world is threatened by a big bad, and the Unlosing Ranger, who has never lost a battle  (duh), is called on to save the day. In fact, he is the only one that can save the day. Unfortunately, while he’s great in a scrap, he’s also not immoral, and a car can run over him and kill him just fine.

You play as some poor nobody that happened to be nearby when the Unlosing Ranger has his accident and dies, and subsequently takes on the job. Of course, he’s not ready to take on the great evil, so first he’s going to have to level up… and he does that by delving an endless parade of dungeons. This game is just gloriously, blissfully, self-aware silliness from end to end, and if you’ve had any experience in anything that it is parodying, you’re going to have a giant smile on your face through pretty much the entire runtime.

Makai Kingdom plays as well as Disgaea ever has (i.e. very well), and Z.H.P. is one of the better roguelikes I’ve played from that era. The secret is the better-than-reasonable levelling system. Like any roguelike, your hero is reset down to level 1 at the start of a dungeon, but they retain all their statistic gains between delves, so there’s a steady gain in the character’s power. It’s not easy and there will certainly be moments where the difficulty spikes require a lengthy grind, but there is nonetheless a nice sense of permanency and progression, which isn’t always the case with roguelikes. Especially older ones. 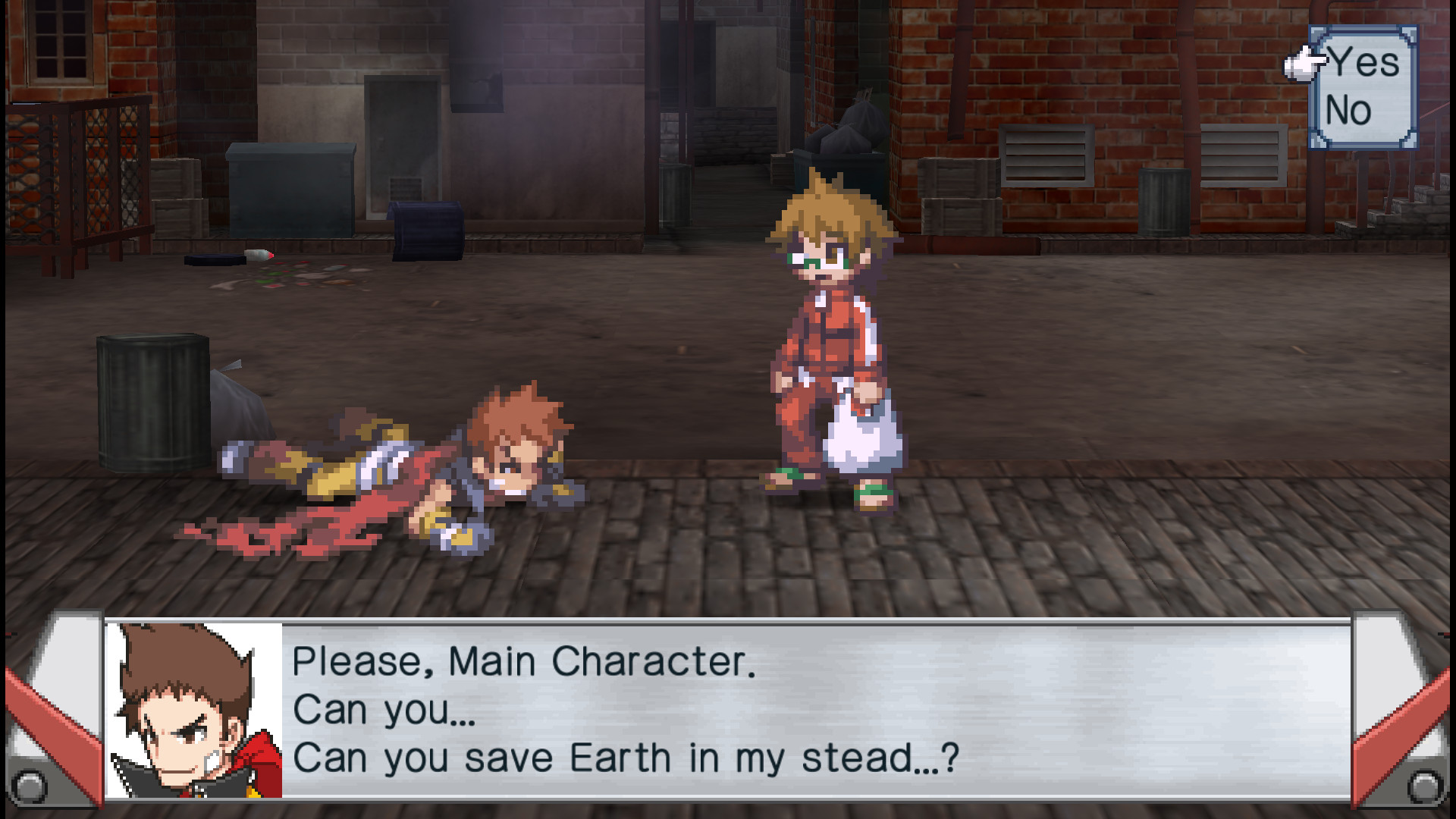 The only caveat I must make to all of the above is that Prinny Presents Volume 2 has much less variety than Volume 1. Though the games do belong to very different genres, the personality of them is roughly equivalent; you’ve got to be in a real mood for NIS anime humour to enjoy these. By contrast, The two titles in Volume 1: Soul Nomad and Phantom Brave, have very different personalities, and given that we’re talking about two-packs here, my personal preference is to have the games different enough to broaden the experience. Others might prefer the cohesion of the two titles in Volume 2. It’s not bad. It’s just a different approach that may or may not sit as well with people.

Otherwise, though, as long as you’re in the right mood, you’re going to have a great time with these. There’s no effort to spruce them up to appeal to a broader range of players than is normal for a NIS release, and that’s just a well because neither of these games will ever find broad appeal. Makai Kingdom is explicitly for people that played Disgaea and want something even more obscure, and Z.H.P. is for people that like roguelikes with Disgaea humour. They won’t be mainstream hits then, and they won’t be today.

They have value, though. Tracking the history of an artistic medium means more than just playing the most popular things.  Yes, you can replay Final Fantasy X for the 100th time. Or bust out your PSP for yet another replay of Joan D’Arc. Those remain excellent games in their own right, but it’s only after playing titles like those in this collection that you get a full sense of what medium offered back at that point in time. Neither Makai Kingdom nor Z.H.P. was particularly influential and you don’t see their D.N.A imprinted on anything being released today. But instead of the impression of influence, what you get here is a sense of what the really hardcore JRPG fans were sinking their teeth into back then. These were games made specifically for those audiences, and there’s something fresh that comes through that. 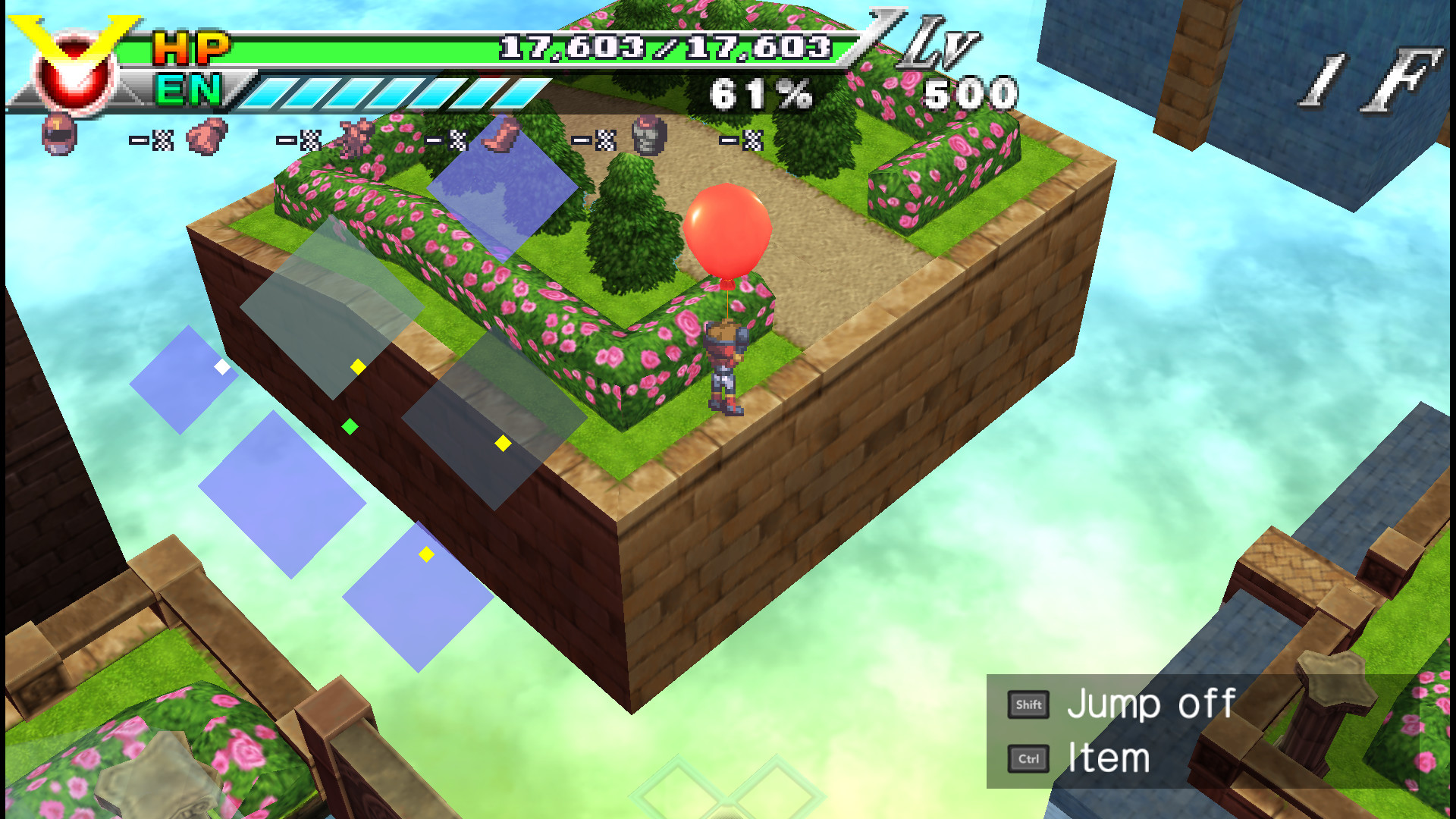 We already know there’s at least one more Prinny Presents volume on the way, and I encourage NISA to continue producing them as long as there’s an obscure back catalogue to work through. Players will be attracted to these collections on the promise of “hundreds of hours of content” where they might overlook them individually as being too “obscure.” Then, after starting to play them, those same people will realise that NISA is so much more than the house that makes Disgaea, and as both developer and publisher, has produced a vast library of obscure games that deserve to be remembered despite the obscurity.

Yes! Sword and Fairy 7 is getting an English console release!