The humane alternative to a ghost busting safari.

Penko Park is simultaneously one of the most original games you’ll ever play, and also something so shamelessly derivative that it’s hard not to wish it could have been more ambitious. Thankfully, the creative bits are the ones that matter to the overall quality of the game.

Related reading: We interviewed the developer behind the game. Check that interview out here.

The game is a blatant clone of Pokémon Snap. Not a homage. A top-to-bottom, slavishly loyal copy of the thing. In Penko Park, you’re sitting in a vehicle of some description (it’s never really explained what the vehicle is, but it is most certainly “all-terrain”). You’re given a camera and told to take photos of the wildlife, and then the vehicle travels along a path on rails, tasking you with simply spotting the critters, and grabbing the best possible photo of them that you can.

Of course, getting a good photo isn’t always simply a matter of pointing and shooting with the camera, and sometimes you’ll need to do things to coax the critters into moving into a better spot, or doing something interestingly different to snap. At first, you’ve got almost nothing that you can use to help you with this, but soon enough you’ll start unlocking additional features and abilities. There is a repetitive loop built into this system, which was also the case of Pokémon Snap as well. However, it’s an enjoyable loop, and better designed for short bursts of play rather than long sessions. 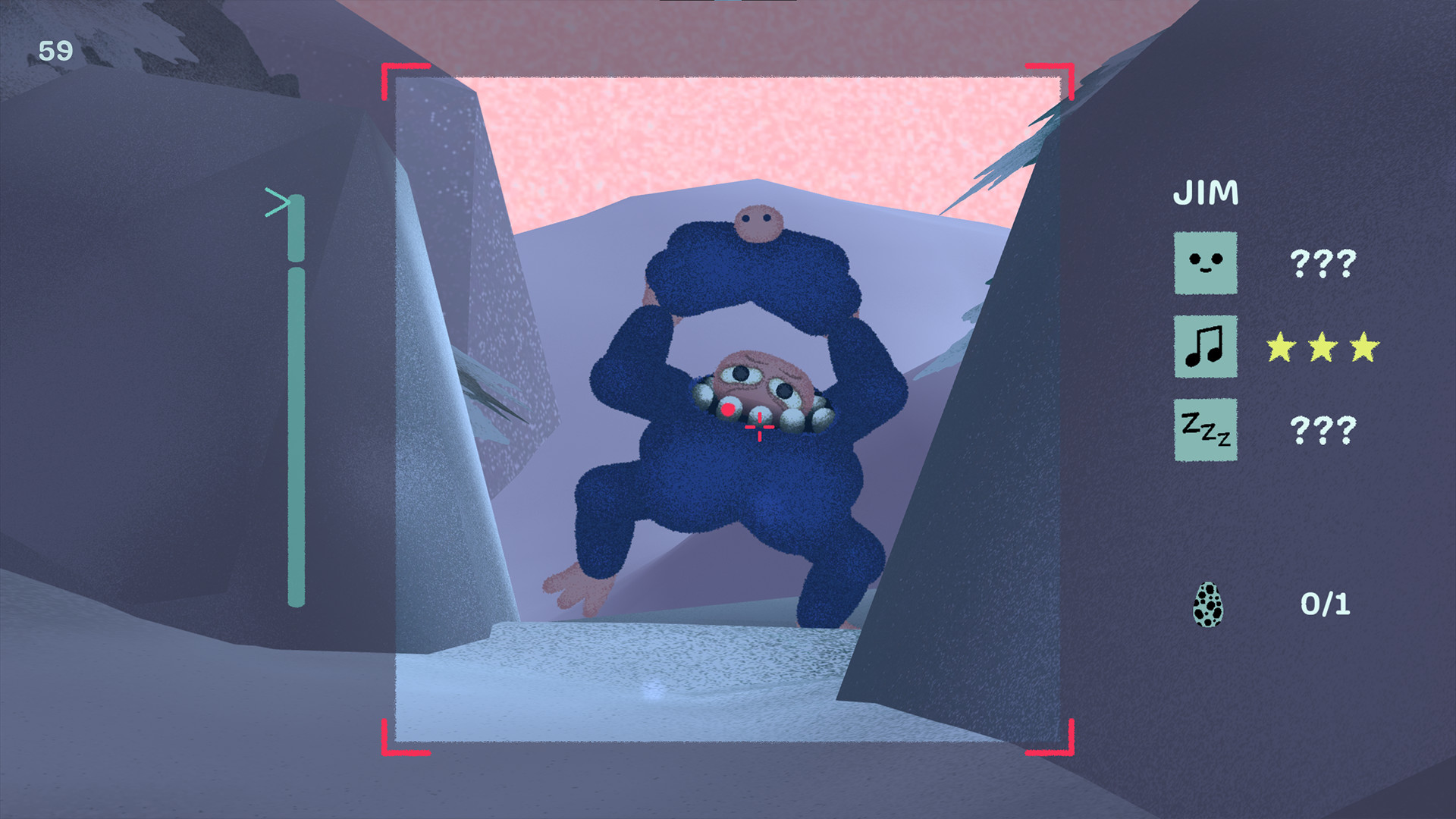 If it just wasn’t quite so derivative and has some mechanical and structural spirit of its own, Penko Park would have been a cracking example of a creative indie. As it is, this developer’s like an impressionist painter in 2022; sure, they might be good, but also, Monet’s right there. If all you’re looking for is a photography game, it’s going to be difficult to look past New Pokémon Snap for Penko Park.

To get the criticisms out of the way up-front, too, the lack of much of a narrative is disappointing in Penko Park. All the good stuff about the game (which we’re about to get to) will make you want to know so much more about the haunted park that you’re on safari in, and while there are some brief tidbits here and there, there could have been a more ambitious narrative to give the vivid creativity better context.

Because Penko Park really is vivid. If Tim Burton were to make a Pokémon Snap game it might look like this. The art team has created an astounding range of monsters that tread the difficult line between cheerful, amusing, cute and also creepy beautifully.  Perhaps the thing it reminded me the most of was The Trap Door, a classic British claymation cartoon that I adored as a kid. Penko Park is more papercraft-like than claymation, but there’s the same sense of completely unrestrained freedom about the monsters that the developers have come up with. Discovering each and every one of them was both the essence of the game, and an absolute delight, and then figuring out how to capture a good photo of them was an ongoing fun challenge. 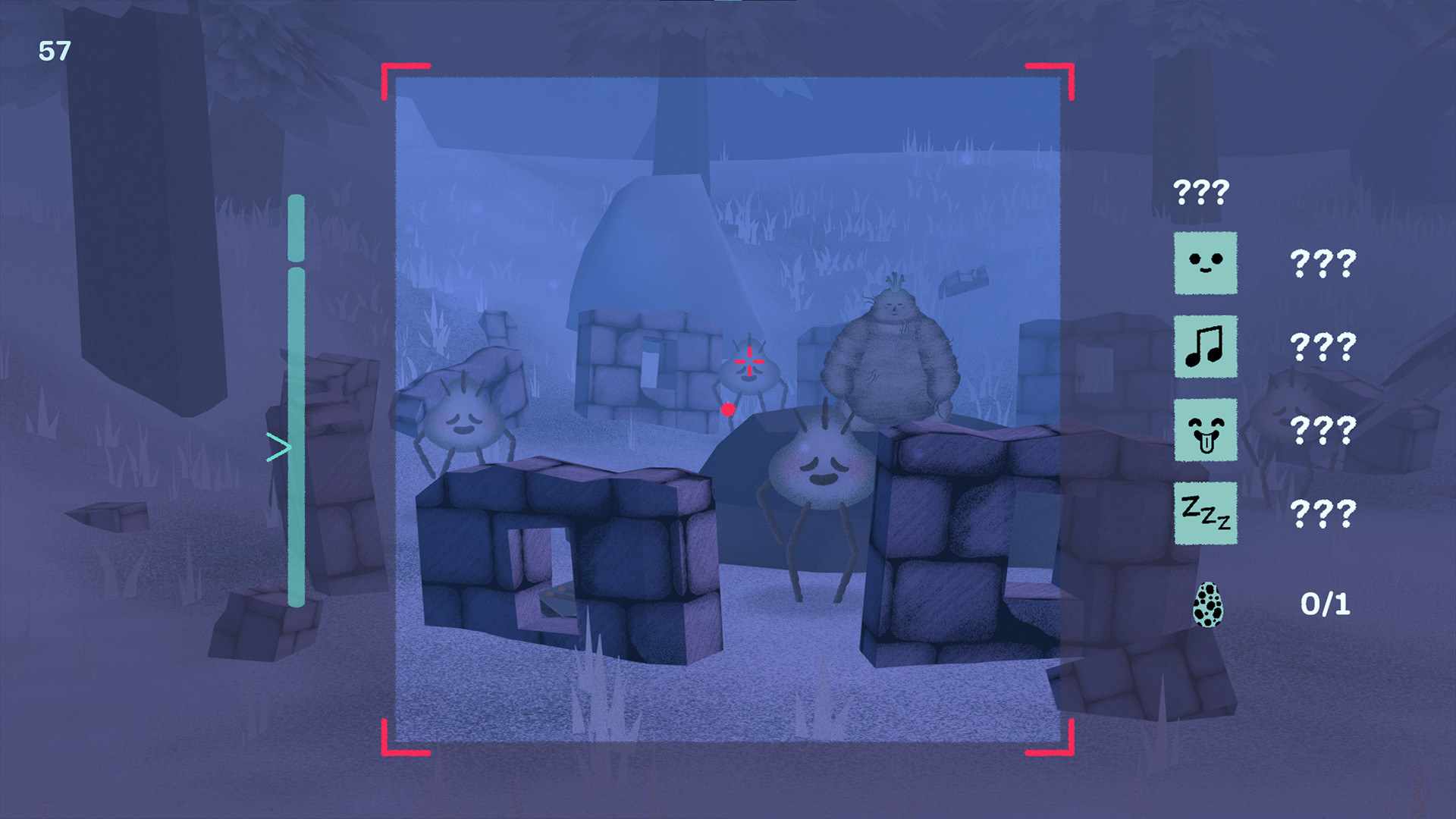 You never feel hurried in Penko Park, even when there’s a monster that you really want to photograph nearby and you’re juggling a few tools to try and line up the perfect shot. This game is at its core a relaxing and almost zen-like experience. There’s also no consequence for failing either. If you take a lousy photo all you’ve got to do is head back into the park for another run.

Even the scoring system is pretty sedate. This might put some people off, but the best you can do in Penko Park is get a 3-star rating for a good photo, and the conditions to get that photo are pretty generous. It does mean there’s less replay value than some would like – you’ll be 100 per cent completing this in less than 10 hours, easily, and once you have the only way to continue playing is to start a new save file. However, I think that suits the design of the game perfectly. It’s not one to challenge yourself with or “beat”. It’s one to just sit back, let the artistic vision wash over you, and enjoy.

Penko Park was considered something of a hidden gem on the PC. I don’t know how it’s going to perform commercially on the Switch, but as a game concept, it’s much more at home on Nintendo’s handheld. Its biggest strength – the incredible creativity of the monsters that you’ll be taking photos of – really does make it worth your time, even if the game really could have done with finding an identity of its own and distinct from Pokémon Snap.