I am super into farm/life sims lately. I spend a shocking amount of time playing Disney Dreamlight Valley and Animal Crossing daily, and that’s before you even get into all the others I’ve had to enjoy. As such, I’ve been keeping an eye out for games that fall into that general category. So I’ve known about Hokko Life for a while now, and have covered it on DDNet in the past. The game’s inspiration is clear: I see elements of Animal Crossing and Story of Seasons/Harvest Moon. I’m sure other farm/life sims were also considered. The problem is, these games are now a dime a dozen and for one to stand out, it really has to be special. That’s a lot of pressure for one indie game.

The story is pretty simple. You arrive in town via a train one evening, looking for a fresh start in life, and despite zero instructions it’s easy to end up where you need to be: the inn. Lucky that a tree was blocking the path to anything else! From there the tree goes away and the game opens up quickly. Once you get into the thick of things, Hokko Life operates on its own time. The days are long enough to get everything you need to done. In that time you’ll putter around town and make use of the various areas: the shop, a field turned residential zone, the beach, the mountains, the mines… you get the idea. You’ve played this kind of thing before, most likely. And you’re on your own when it comes to story progression. Talking to every character every day tends to help, as goes exploring every possible nook and cranny.

Villagers will often make requests; sometimes it is story-related but usually, it’s not. Requests are things like building furniture or delivering packages. The requests can be a bit annoying, as people will sometimes request things of you that you can’t do yet. For example, I was asked to make dye days before the option was available to me. At other times there were some design issues that bugged me to the point that I thought I was encountering some bugginess. In one case I was supposed to build and craft two benches, but nothing happened after crafting them. Turns out, I needed to talk to the villager that requested them between steps. Stuff like this is common in Hokko Life, and it drives me mad. For this genre it’s important that you make it clear how to play, because there’s a lot that you can do, and without guidance it’s easy to become lost.

Items on the ground are automatically picked up. You’d think this would be an advantage. It’s not. This is because storage quickly becomes a major issue. I ended up dropping dozens of items on the floor of my house, but I had to be careful to avoid them so they wouldn’t get picked up again automatically. It’s a mess, and one of several things that made me want to avoid the game altogether. It sounds like a small thing but for a game where accumulating stuff is a big deal, little things like this zap a lot of the fun out of it.

Graphically, the game leaves something to be desired. Some of the graphics, like the player’s character come across as a rather cheap kind of jagged that isn’t overly pleasant yo look at. The landscape is a bit better, at least. And the soundscape does make up for janky graphics. The background outdoor noises are so realistic that I thought my window was open. I got up to close it, and it turns out it was closed the whole time.

Now is the unfortunate time in this review where I discuss the things I didn’t like (well, even more than what I’ve mentioned above). There are a handful of issues I have with Hokko Life, like the fact I can buy a roof but have no idea how to actually install it. Or the fact that the townsfolk’s characters fall flat. For some reason, when you speak to characters a “follow me” prompt pops up, even if it’s completely irrelevant. Sometimes I can’t place things in obvious places. Like, there’s a path up to the edge of a cliff, and it continues on the other side of the gaping hole. Finding the area unlocked a bridge. Yet I can’t put a bridge there. 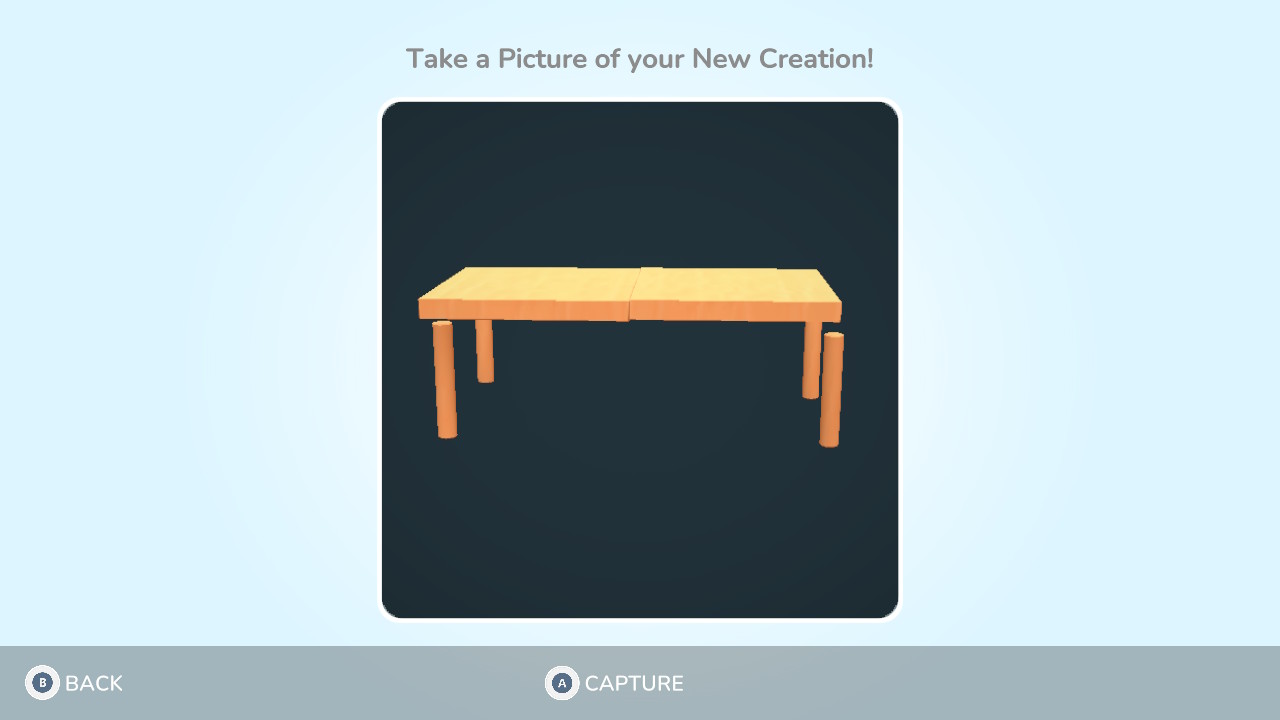 The game’s hook is that just about everything is craftable/modifiable. And it is – to an overwhelming point. There are two dozen dye colours alone. It’s excessive. Meanwhile, the design from scratch feature is an absolute mess. It is possible for games to become so customisable that they become bloated, and this is an example of it. Hokko Life could be a solid game, but the issues made me want to avoid it. The design feature is the biggest turn-off of the bunch, enough to make me put it down for a day before trying to solider on.

Of course, there’s an upshoot, and given the popularity of stuff like Minecraft there is room for this kind of bloat in the market. I like that you can decorate villagers’ homes. I like that the load screens show little data points, like the number of trees that you’ve felled. Oh, and I love that it’s super obvious when the game saves, as a little leaf icon appears. And it saves often – every time you exit one area and enter another. Controls are predictable in a good way, so it’s easy to maneuver about and use tools without any real instruction.

While playing, I realised that Hokko Life is trying too hard to be other games that it never really has the opportunity to grow into its own thing. It doesn’t shine on its own. The devs tried. They really did. Hokko Life is an obvious labour of love. But there is a certain je ne sais quoi lacking… charm, maybe? I’ve played a lot of life sims that made me excited to return, but this one didn’t. I know that a game’s not really hooking me when I’ve got to talk myself into playing it for hours just so I can get my review done in time.