It will always be a joy to return to Baldur's Gate.

Forget the absolutely dismal Dark Alliance dungeon crawler that was released last year. There was a time where “Dungeons & Dragons” and “Dark Alliance” put together was something worth getting excited about. Baldur’s Gate: Dark Alliance was a series of just two games, but they remain two of the better “Diablo clones” that we’ve seen over the many years of the genre. And now you can play the second on modern consoles.

Dark Alliance II was originally released on PlayStation 2, GameCube, and Microsoft Xbox, and gives you five different characters to choose between. These are exactly what you would expect, ranging from a shirtless “big-thump” guy, through to a couple of speedy options, and then magic-focused heroes. The variety behind these is good, though by modern standards may come across as somewhat restrictive.

Still, once you’re wading deep in the viscera of hordes of enemies that pile on, the limited choice of heroes hardly matters. What is perhaps most enjoyable about Dark Alliance II is the creative challenges that those hordes provide. Individually enemies tend to be fairly weak, but the set pieces are designed to really test your ability to respond to threats in the right order. For example, charging into a room where a row of archers have formed behind a wall of boxes, and melee units swamp you, can quickly become deadly unless you can figure out how to deal with the archers first. Dark Alliance 2 isn’t necessarily easy, and by today’s standards the save system comes across as particularly punitive, but what I like about it is that to this day delving into the game’s dungeons feels suitably dangerous. It creates the real perception that you’re encroaching on the home turf of the monsters, and they know how to protect their space.

I love Diablo, and Titan Quest, and plenty of other examples of the genre, but they do tend to have a fairly utilitarian approach to level design. You move about spaces and you fight hordes of enemies, but there doesn’t tend to be much of an intersection between the two. If the Dark Alliance series had continued beyond the second, that could have become a genre-changing approach, because suddenly the environment and level design becomes a relevant, interesting, and memorable part of the challenge.

Generally speaking, Dark Alliance 2 holds up. I’ve certainly enjoyed re-living it more than that Diablo 2 remaster from a while ago (sometimes nostalgia really is like looking through rose-tinted glasses). The environments and enemy design are pretty, the movement is fluid and the combat fast and impactful. Also – and I know this is going to sound like a silly detail – but I truly love the water effects when wading through pools in this game. The way the trails and waves fan out as you push through is a visual effect that I distinctly remember being mesmerised by back on the PlayStation 2, and I still enjoy looking at it today.

On the other hand, what is disappointing is the representation of Baldur’s Gate itself. This is an iconic fantasy city, and it’s in no small part thanks to the excellent BioWare RPGs, which preceded the Dark Alliance series. In BioWare’s epic, Baldur’s Gate was a place of clandestine intrigue and danger, filled with colourful characters and unique vistas. It was a memorable, now iconic hub for adventure. In Dark Alliance, the hub is more utilitarian. There’s only the one shop to buy stuff from, and while you’ll continue to return to the city, there’s very little to enjoy about it. You’ll remember the dungeons for their excellent design and dangers, but not the context that’s meant to tie it all together. Admittedly this is a Diablo clone rather than a “proper” RPG, and there is more of a narrative than the original Dark Alliance, but we’ve seen Diablo clones provide more interesting worldbuilding than this, and it remains a sore point to the game to this day. 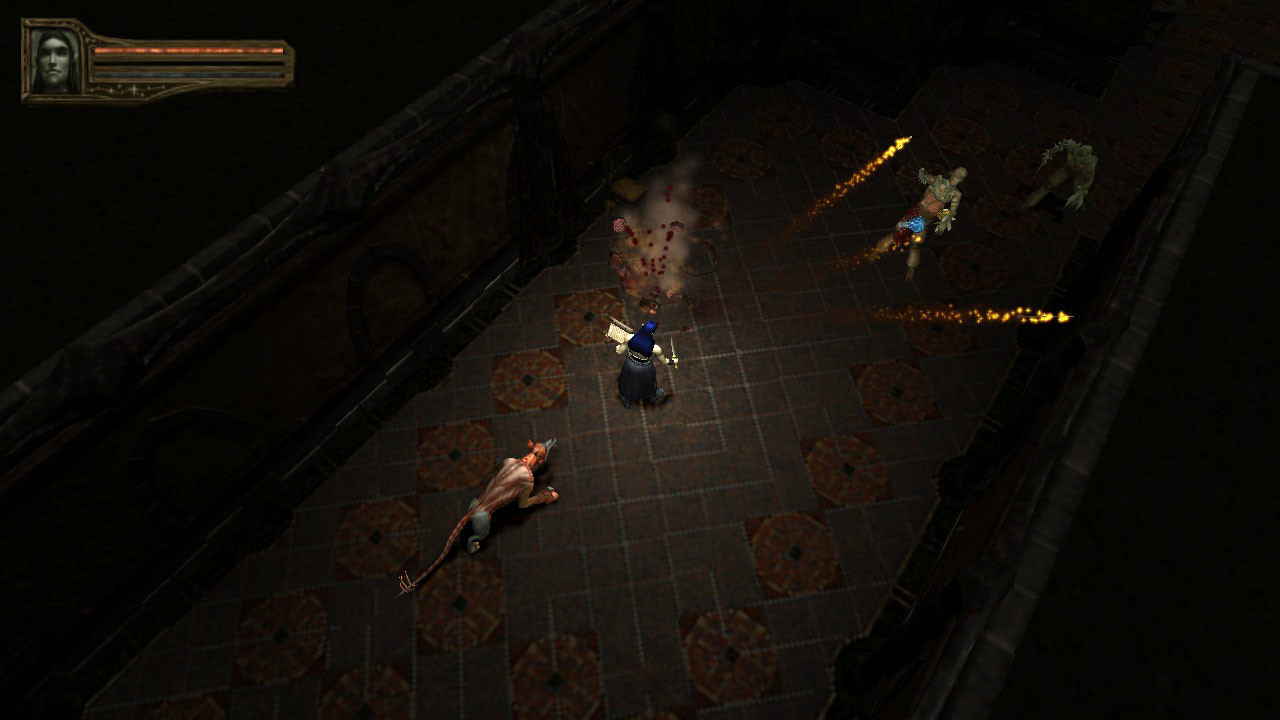 The other big problem with this Switch release is there’s no online multiplayer. That’s a feature on the PC version of this remaster, so it was already programmed in by someone, but it didn’t make the cut on the Switch. The port is otherwise excellent, with a silken smooth framerate, and some ridiculously fast loading times. There’s also local co-op, which is a blast if you’re in a position to do local play. That doesn’t describe me these days, unfortunately. I can call on my wife to join me for fighting games or rhythm games no problem, but a dungeon crawler isn’t really her thing. Sadly, this kind of game is much more fun when it’s not a lonely delve.

There is one final benefit to older games like Dark Alliance II: They’re efficient. In Dark Alliance II you’re not going to be running around chasing an endless series of OCD-triggering icons. You’ve got quests, which you follow in a largely linear fashion, and for the most part, they contribute to the overarching narrative. Dark Alliance II isn’t a particularly short game, but it never feels like it wastes your time and, refreshingly when compared to modern action RPGs, isn’t a mess of pace-destroying bloat.

Dark Alliance II is an excellent way to spend some time and a game that, in its vinyl vintage years, continues to be entertaining for reasons beyond nostalgia. If you’re looking for a “Diablo-like” with some interesting level design, a streamlined and efficient approach to questing, and some great water effects (seriously), then you’ll get a good run out of this one.

For the last five days, I’ve found myself quite hooked…

Bless their hearts, the team at the developer, Siactro, try…