Wales Interactive is easily one of the greater FMV game publishing companies right now; very little is released that I don’t want to get my hands on as soon as humanly possible. Once I do, I play them. Repeatedly. Generally, at least five times, then however many times it takes to sweep the trophies/achievements. Needless to say, I’m excited for an upcoming action-adventure interactive movie. Mia and the Dragon Princess. Described as “an offbeat action-adventure,” the game is developed by another shining star on the FMV scene, Good Gate Media (Five Dates, Who Pressed Mute on Uncle Marcus?).

Plucky barmaid Mia dreams of adventure, but would never take action to match these hopes; she feels too responsible for her workmates, who she considers a surrogate family. So she stays on at a job she doesn’t like, living a life she doesn’t want. A lot of people have been at a similar place in life. I know I have. It can feel like every day is the same, and that the people relying on you do so a little too much. A mysterious woman turns up at the bar, clearly afraid and on the run. Mia takes her in, trying to discover the woman’s identity. What she didn’t expect is that adventure is just around the corner: an adventure filled with intrigue, mystery, and danger. A group of no-good thugs led by a man named Walsh turn up at the bar, taking Mia and her coworkers (as well as some customers) hostage. Mia’s boss is injured, and the entire group ends up on the run battling for their lives. 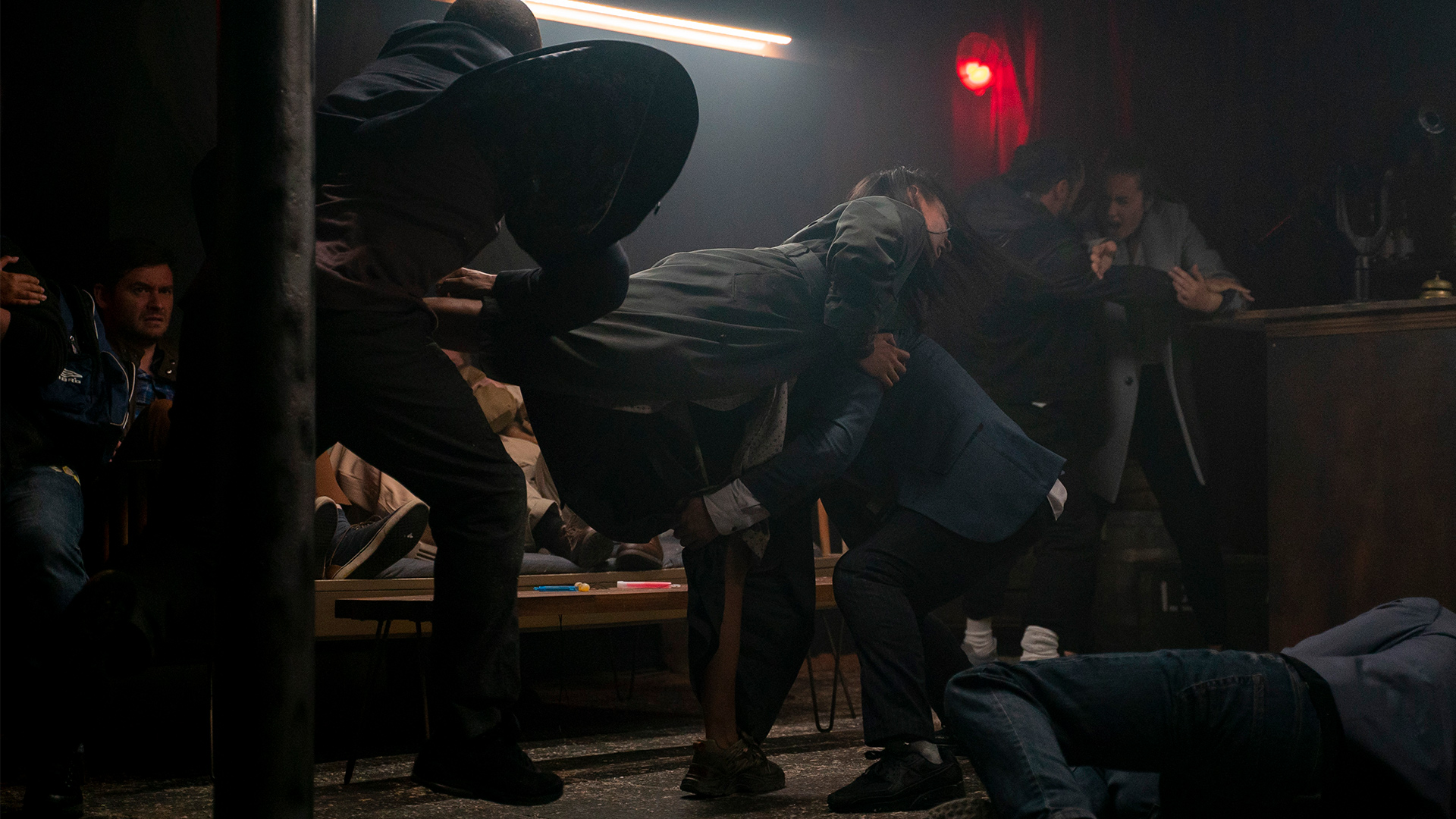 Players’ choices along the way will guide Mia through the adventure and determine not only her fate, but the fate of the entire group. That’s a lot of pressure for a lone barkeep! Interactions will eventually lead to more knowledge regarding the mysterious woman. However, Mia’s dealings with the rest of the group will also have an impact on her, so every choice becomes one of utmost importance. Real-time attribute tracking evolves based on choices and influences the story, and there are ten different outcomes.

The first trailer for Sherlock Holmes: The Awakened is here!

It would be a bit of an understatement to describe…

This excitingly innovative open-world multiplayer puzzle game has the potential…