This is one of Koei's all-time best (even if it doesn't have Marie Rose).

One of the challenges I have with Koei Tecmo’s Warriors franchise is determining the pecking order of the various games within the series. If you asked me to rank the Final Fantasy series, for example, there’s a clear upper echelon (Final Fantasy XII, Final Fantasy IV, Final Fantasy VIII), but outside of that, the order is muddled. With Atelier there are clear winners (Firis! Meruru! Lydie and Suelle), but, again, I’d have trouble ordering the rest of them.

With Koei Tecmo’s Warriors series, meanwhile, it’s harder to rank everything, and it’s because they release so many of them. I almost always love them, but I generally need a bit of time to let them settle before I can decide whether they’re one of my favourites within the overall body of work, and even then I do tend to overlook the older ones since, no matter how much I loved them, there are so many more that are more recent in my memory. So, for example, Arslan: The Warriors Of Legend is an all-time favourite that I have found myself recommending over and over again, Meanwhile, Fire Emblem Warriors, despite having Lyn and Olivia (my two best Fire Emblem girls ever), and being a game I bought twice, is not one I’ve jumped to when people have asked which games to get them into the series. The jury’s out on where the new one, Three Hopes, will land. And while I love Samurai Warriors 3 for getting me into the entire series, I almost forgot Warriors All-Stars existed until someone recently reminded me of it, and that’s my most played Warriors game of all (Marie Rose was in it so I couldn’t help myself).

The purpose of all of that introduction is to highlight that I have loved having the opportunity to replay Warriors Orochi 3 for the Steam release, because Warriors Orochi 3 is one of the ones that I absolutely remember. Much moreso than the later Warriors Orochi 4. Yes, it has the ridiculous title in “Ultimate Definitive Edition,”  has playing it again has reminded me that it really is one of the best games that Koei Tecmo has ever produced. 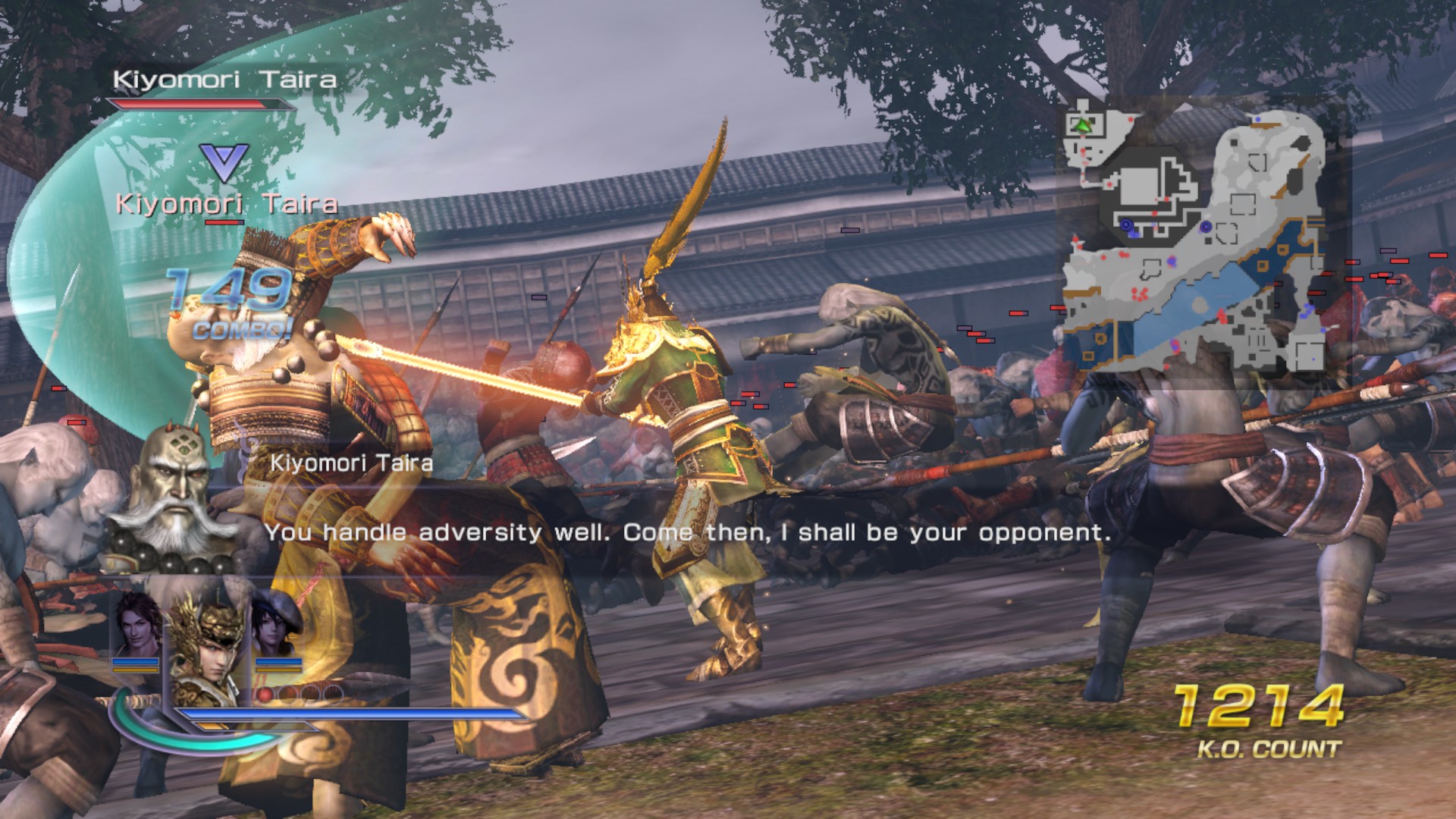 I first reviewed Warriors Orochi 3 back on the PlayStation 3 in 2012, a full decade ago. Since then, I have also reviewed it on PlayStation 4, and the Wii U, and there is little reason to write yet another standard review of the game. Everything I wrote in those reviews is still relevant. What I will say is that the Ultimate Definitive Edition does live up to its name, in that it is basically the full compilation of everything Koei did across all the editions. It comes with the full cast of 145 warriors, dozens of scenarios previously released as DLC, dozens upon dozens of extra costumes, a bunch of gimmicky alternative ways to play, and so much more. In terms of raw content, this is the biggest project in the entire Warriors franchise.

What is interesting about going back to play it today is comparing it to what Warriors have become since. Warriors Orochi 3 is so great because it is the epitome of the “classical” approach to Warriors, where the action screamed around at a breakneck pace, attacks were a straightforward blend of weak, strong and super (so there were no additional trigger special abilities), there was no lock-on to boss enemies, and the various other conveniences that come with modern Warriors had not yet been invented.

On the one hand, this is an invitation for people to dismiss it as a “return to the old button-mashing Warriors,” as these games were inevitably derided for back in the day. Of course, Warriors fans have always known that that isn’t the case, and if you up the difficulty level beyond “easy”, you’re going to have to play extremely strategically and efficiently, else your entire flank will fall over and the failed objectives will come tumbling in. Nonetheless, like its early-era peers, Orochi 3 has that reputation, and it’s interesting to compare and contrast to see how Koei Tecmo has been able to move “the formula” away with the modern games without compromising the essence that long-term fans enjoy. 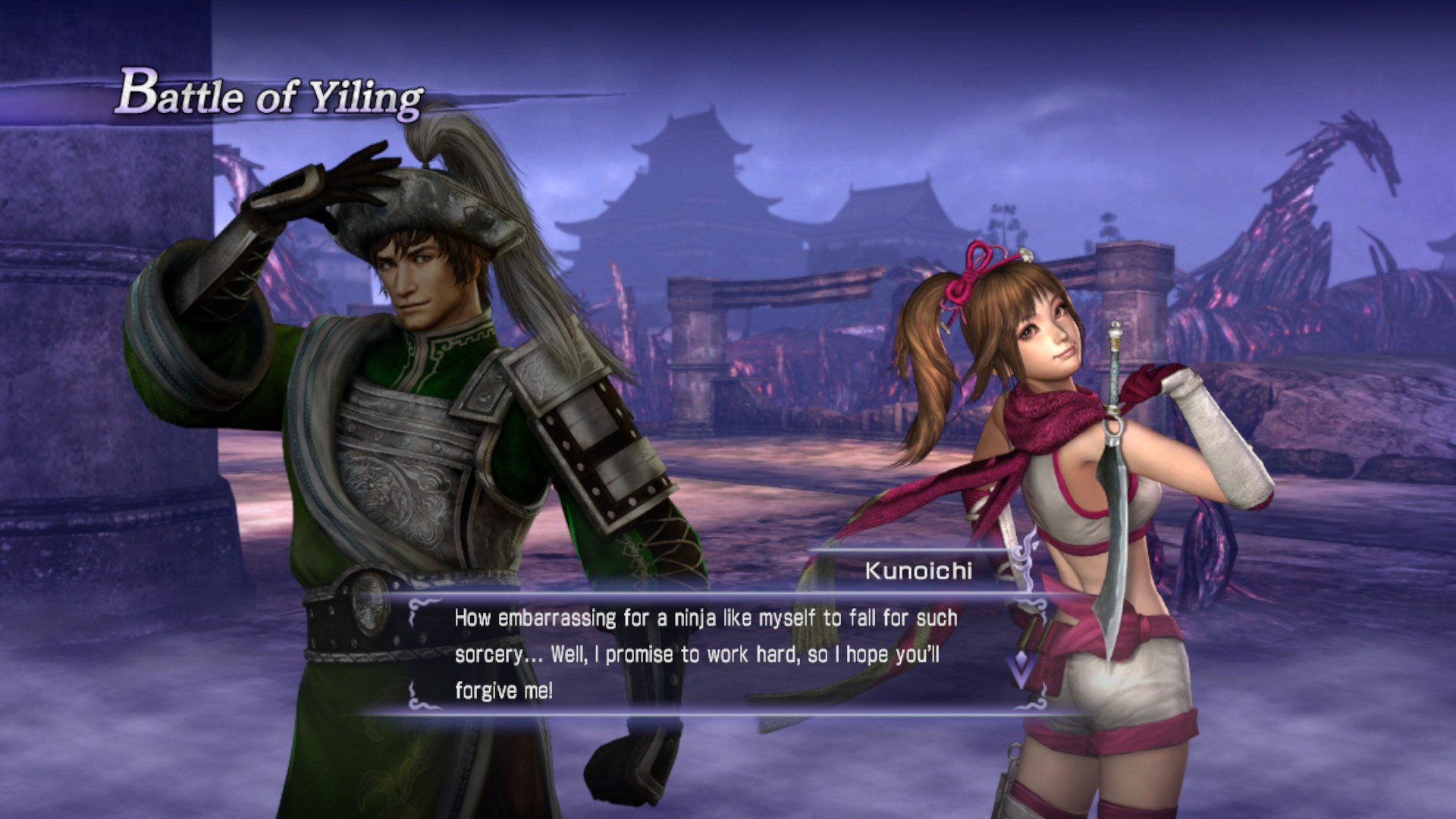 On the other hand, it is a joy to play a Warriors game that is uncomplicated by the modern systems of later releases, and revel in what the series has always been good at. That is, giving you a big horde of enemies to cut through like grass, and a big roster of characters to do that. In Warriors Orochi 3, you get to take three Warriors into combat, and they’re all different to one another, so mixing and matching your favourite party of three (or just selecting the three cutest girls, as I do) remains a lot of fun.

For a 10-year-old game, Warriors Orochi 3’s presentation holds up, and that’s because of the art direction more than the technical detail. The hordes are a little too mindlessly chaotic (there’s a “neatness” to how AI moves around in the more modern Warriors that this one lacks), but character models still look great, the Orochi serpent remains as intimidating as ever, and because the game takes place across multiple settings – Japan, China, and more exotic locations for certain special characters – the variety in battlefields is excellent.

I guess the big question here is whether Warriors Orochi 3’s appeal lies purely in nostalgia or if there’s something in there for people who have come to the franchise more recently. I think this is probably the best way to put it: if you’re a more recent starter to the Warriors formula, you’ll probably find Warriors Orochi 3 a little archaic, unrefined and mechanically simplistic. However, if you’re in any way curious about what the Warriors games used to be like, then this is the one to play. It’s an all-time classic within a series that has had something like 100 iterations over the years, and it’s good that the Ultimate Definitive Edition exist on PC, because Koei Tecmo’s effort on this one deserves to be accessible and remembered.

South of the Circle is releasing sooner than you’d think!