I know it's a dystopia and all, but there are some of these game worlds that I'd like to escape to.

Like with most PC releases, I missed the original launch of Gamedec last year. I just don’t pay enough attention to that space, it seems, because if I did I would have bought this instantly. As such I’m glad it has come to Nintendo Switch, because while the Switch does struggle with it in some areas, this is going to be one of the genre’s hidden gems that I’ll be referring people to for quite some time to come.

Gamedec is a cyberpunk game with an admittedly silly concept, but mature execution that is often deeply interesting and canvasses some pretty important and pertinent themes. In the world of the future, VR has gotten to the point where people split their lives between real and virtual realities, and what happens to people in the really real world impacts their existence within game worlds, and vice versa (this isn’t the silly bit, as this is almost certainly going to happen to us in the real world). You play as a “gamedec” – a private detective that specialises in helping people with their problems in the game worlds (this is, admittedly, silly).

In your first case, a wealthy and very shady kingpin-like asks you to discretely help him out with a problem that he’s got. His son seems to have been trapped in one of these game worlds, having not emerged for days (in the fiction people have supplements injected into them for nutrition and special suits to prevent damage to their inert bodies via bedsores). So you investigate around and eventually discover that he has dived into the seediest of nasty places as a way of celebrating his 18th birthday (BEEN THERE, BUDDY), and in your efforts to rescue him things just go further south. 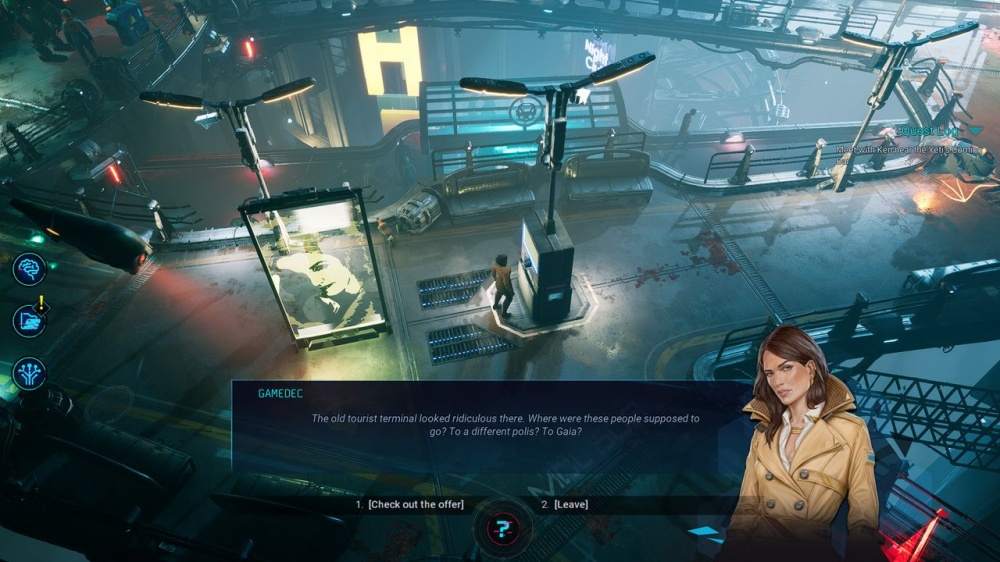 From there you take on a wide variety of other assignments, with several of them seemingly unconnected, but eventually it becomes clear that you’re involved in something far grander than the individual parts. You’ll also visit different virtual worlds, ranging from a “free to play” wild west-themed world, a medieval world, and more. Decisions you make earlier come back to haunt you, and the game draws ever closer to a conclusion filled with revelations and consequences for your actions.

This game is basically a mix of everything I love in the arts, and I say that with no exaggeration. It’s cyberpunk, but the deep moral conflicts that it exposes your character to give it a distinctly noir atmosphere. Having those “digital worlds” to venture into allowed the developers to introduce some surrealistic elements that both contribute to the dark, sinister tone of a lot of the game AND allow for some humour to shine through. It’s also an unapologetically adult game, dealing with adult subjects, and it expects you to deal with it as an adult.

The writing isn’t quite up to the standards of, say, Disco Elysium (but then, what is?), but it is still very good, and Gamedec has a riveting way of handling dialogue trees. The dialogue options that are available to you often depend on your character’s skills, or are possibly due to what you’ve already learned (from other investigations, for example), and how the person that you’re speaking to responds to your line of questioning. There are no “right” and “wrong” in these dialogue trees, but the decisions that you make within them, and how you choose to interact with other characters, can affect how the narrative plays out greatly. 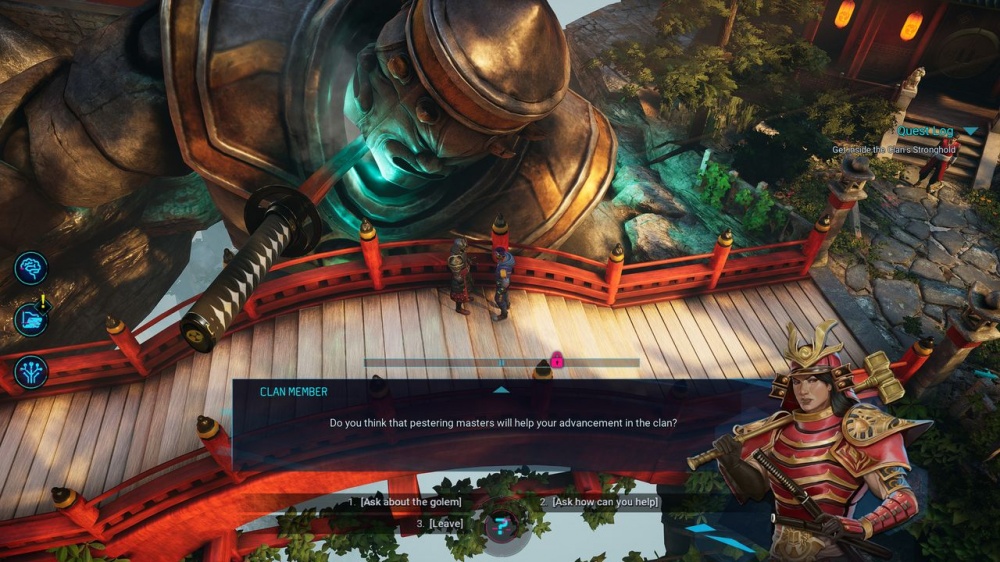 It’s just as well that the dialogue system works so well, because it’s basically the entire gameplay experience. There is no combat in Gamedec, and that’s why I make the comparison to Disco Elysium or even Planescape: Torment. There is experience, skill trees and levelling, but all of that affects your ability to interact with the world and its inhabitants, not fight them.  The stakes are high and it will often feel like your character is in mortal danger, but it won’t be from some random encounter, but rather there’s the sense that the forces that are arrayed against you could swallow you in a moment, which is perfect for both noir and cyberpunk themes.

Because the game takes you to various worlds based on video games, it often borrows and criticises them as part of its broader cyberpunk bitterness towards the establishment. Perhaps the perfect example of this is the “free to play” wild west section, where you’ll spend a half-hour or so going through an almost word-for-word recreation of the tutorial of your typical free to play mobile game… Only this time around it has been twisted around with sarcasm to make it clear that the developers have a deep issue with free to play games. This is driven home when you realise moments later that the “farmers” working your neighbouring fields are typically social destitute from the “lower city” in the ”real world” and are effectively doing indentured labour so their masters can get ahead in the game.

While it’s all handled well, it’s that focus on video games and video game discourse that also undermines the strong messaging of Gamedec in comparison to its peers a little. Disco Elysium is this magnificent thesis on political ideology and how people are galvanised towards particular outlooks. Planescape Torment is this ridiculously deep delve into philosophy and theology. Gamedec is… about games. Yes, it’s a nuanced exploration on how games that have been ruined by corporate interests and are now ruining lives. There’s the anti-capitalist sentiment that comes with the cyberpunk style, but nonetheless, you’re not really being encouraged to think beyond your sphere with this one. I would imagine most of the readers of DDNet are on board with the idea the game companies are increasingly Babylonian in their hubris, and offended by the decadence that comes from the way they fleece consumers. I think we can all agree that the best statue of Bobby Kotick would be not so much of his face but rather that of a gigantic phallus. The problem is that Gamedec basically makes that point but we already know this. It’s well written and has the impact it’s looking to, but it’s not quite the thought bubble it could have been. 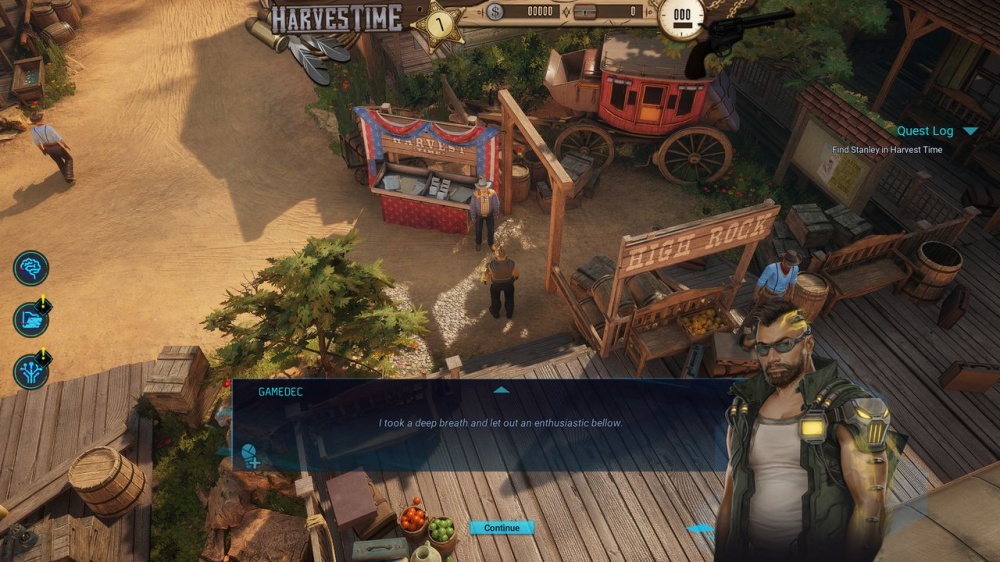 There’s ample room there that the writers could have moved in if they wanted to. Six years ago I went along to an exhibition by renowned artist, Sugimoto Hiroshi, titled “The Lost Human Genetic Archive.” That exhibition explored a number of potential apocalyptic events for humans, ranging from nuclear warfare to a meteor of the same scope as that which killed the dinosaurs. And then there were scenarios that we think about less often, such as our increasing ability to disconnect with reality and create existences of our own desires, but at what expense if it results in us being disconnected from reality?

Related reading: Games are helping us ask critical questions about our growing ability to construct reality.

Now that would have been a fascinating subject to explore in greater depth within the context that Gamedec allows. Unfortunately, as it is, Gamedec vaguely touches on such themes, but doesn’t allow them to get in the way of the more immediate detective story and the standard anger towards capitalism that you’d expect from cyberpunk. It works, and is genuinely well written, but isn’t quite the thought-heavy Blade Runner 2049, either.

I would also be remiss if I didn’t mention some minor technical issues. On the Switch, Gamedec worlds take quite some time to load, and very rarely I encountered an issue where my character would just stop responding to my input commands at all for a short period of time, before eventually working again. This doesn’t stop you from making progress and enjoying the game. It’s just a bit of a momentum breaker and these issues often cut in at the critical moments.

Gamedec isn’t quite a masterpiece, but it’s a clever and noble attempt to do a non-combat RPG. The cyberpunk and noir themes will never get old, and the complex decision trees invite multiple play-throughs and approaches to the mystery. It’s certainly a game that shouldn’t be overlooked.

Soul Hackers 2 is a throwback to the glory days…

Miracles do happen! Lollipop Chainsaw is coming back!