I’m not going to lie, I cringed a bit when I saw another showcase was happening; my mind is still overflowing with information from Not-E3. The goods new is that eastasiasoft’s showcases are quick and to the point: in this case, 11 games are shown over nine and a half minutes. Highlights include Otoko Cross: Pretty Boys Klondike Solitaire, Seduction: A Monk’s Fate, and Sword and Fairy: Together Forever. These games will all be launched over the next two months, making the impatient part of me very happy!

The first in an anthology of sequels to Sense – A Cyberpunk Ghost Story, SENSEs: Midnight is inspired by horror classics, using old-school tank controls and fixed camera angles in its immersive 3D-style world. It’s set in a dystopian cyberpunk future version of Tokyo, where the player takes on the role of a university student with a passion for the paranormal and the occult. She looks into a local urban legend but finds herself in over her head, as she awakens vengeful spirits who pursue her during one night of terror. SENSEs: Midnight will be released for PC on July 22; it will come to consoles later this year.

Quintus and the Absent Truth

Quintus and the Absent Truth is a horror-themed, first-person adventure. Alan’s daughter is missing, and the only being that can help find her is a small mouse name Quintus. The game uses their differences in size as an advantage. Environmental puzzles require players to think out the benefits of both Alan and Quintus to decide who needs to do what to be successful. Quintus and the Absent Truth will be released for PlayStation 5, PlayStation 4, Nintendo Switch, Xbox Series, and Xbox One on July 6. 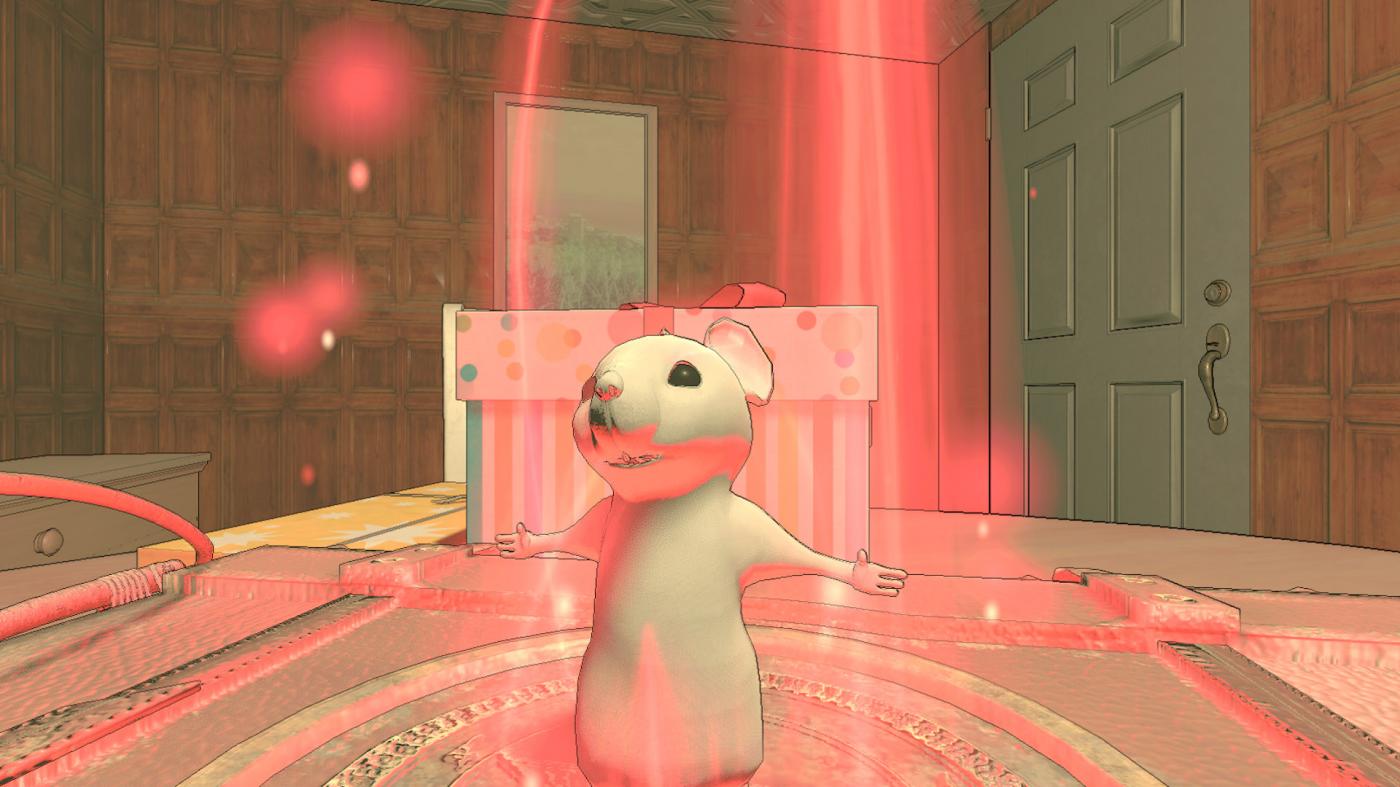 Explore vast, randomly-generated dungeons in Crypt of the Serpent King Remastered 4K Edition. The medieval first person hack-n-slash dungeon crawler will soon be available for current-gen consoles. Fight underworld creatures, avoid traps, and collect loot! To survive, wield an array of melee and ranged weapons, each with its own strengths and weaknesses. There are three levels of difficulty available. Crypt of the Serpent King Remastered Edition will be released for PlayStation 5 and Xbox Series on July 8.

Rayland is, at heart, a puzzle game about reflecting light to reach a target. The citizens of Rayland use energy from the Domus to survive, and to transport it they use a Reflectus. Help them position the Reflectus and rotate them as needed so the rays reach the correct Domus. Rayland will be released for PlayStation 5, PlayStation 4, Nintendo Switch, Xbox Series, and Xbox One on July 13.

If pretty boys are your thing but mahjong is not, this could be the game for you! The second in a series, Otoko Cross: Pretty Boys Klondike Solitaire takes the Pretty Girls format and turns the girls into cute boys who dress in what is traditionally seen as a feminine manner. The more you win, the more they undress from their “normal” clothes and change into a sexy, feminine version. For example, butlers become maids. The game explored the otokonoko subculture of Japan. Otoko Cross: Pretty Boys Klondike Solitaire will be released for PC via Steam on July 14. 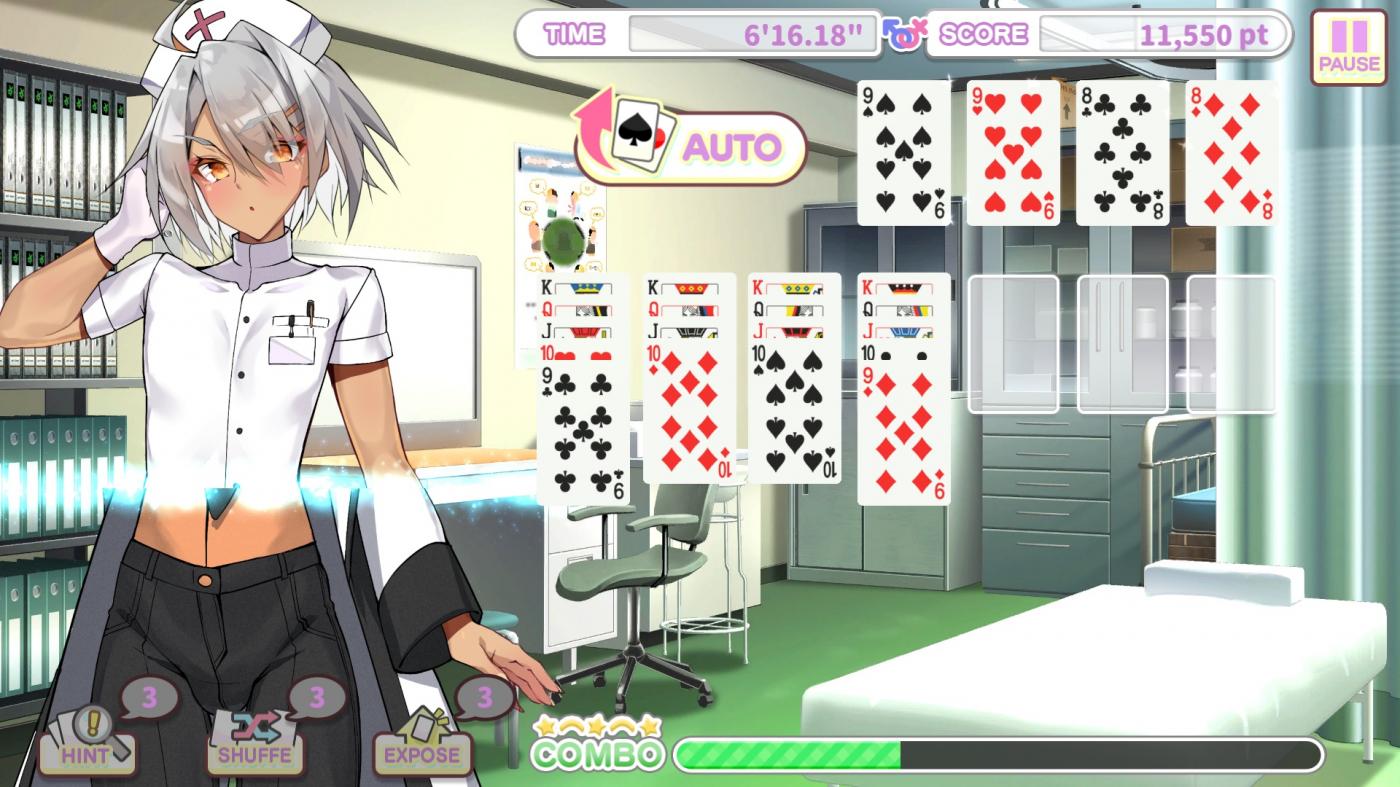 This is the game featured that I’m the most excited for, and I’m thrilled to know it will be released this month! Seduction: A Monk’s Fate has players saving a young woman’s soul for the dark summoning. It’s a side-scrolling action adventure game set in a horror-themed tale of a monk who has to enter the dark realm to uncover the truth of his monastery. Solve puzzles, find clues, and escape danger while navigating the hand-crafted world. Never give in to temptation. Seduction: A Monk’s Fate will be released for PlayStation 5, PlayStation 4, Nintendo Switch, Xbox Series, and Xbox One on July 20.

Blaze through your enemies with as much firepower as you can contain in Arsonist Heaven. Hunt or be hunted in this action platformer. Don a flame-retardant suit and a jet pack to traverse the biomes, but be careful as each stage is filled with roving enemies. Arsonist Heaven will be released for PlayStation 5, PlayStation 4, Nintendo Switch, Xbox Series, and Xbox One on July 27.

Back Again is set in a surreal and punishing world made up of black, white, and red. It’s a hardcore 3D action platformer. The only way to escape is to cross over floating platforms while avoiding obstacles. The mannequins that surround the areas may hold clues about the puzzles at hand. Back Again will be released for PlayStation 5, PlayStation 4, and Nintendo Switch this August. 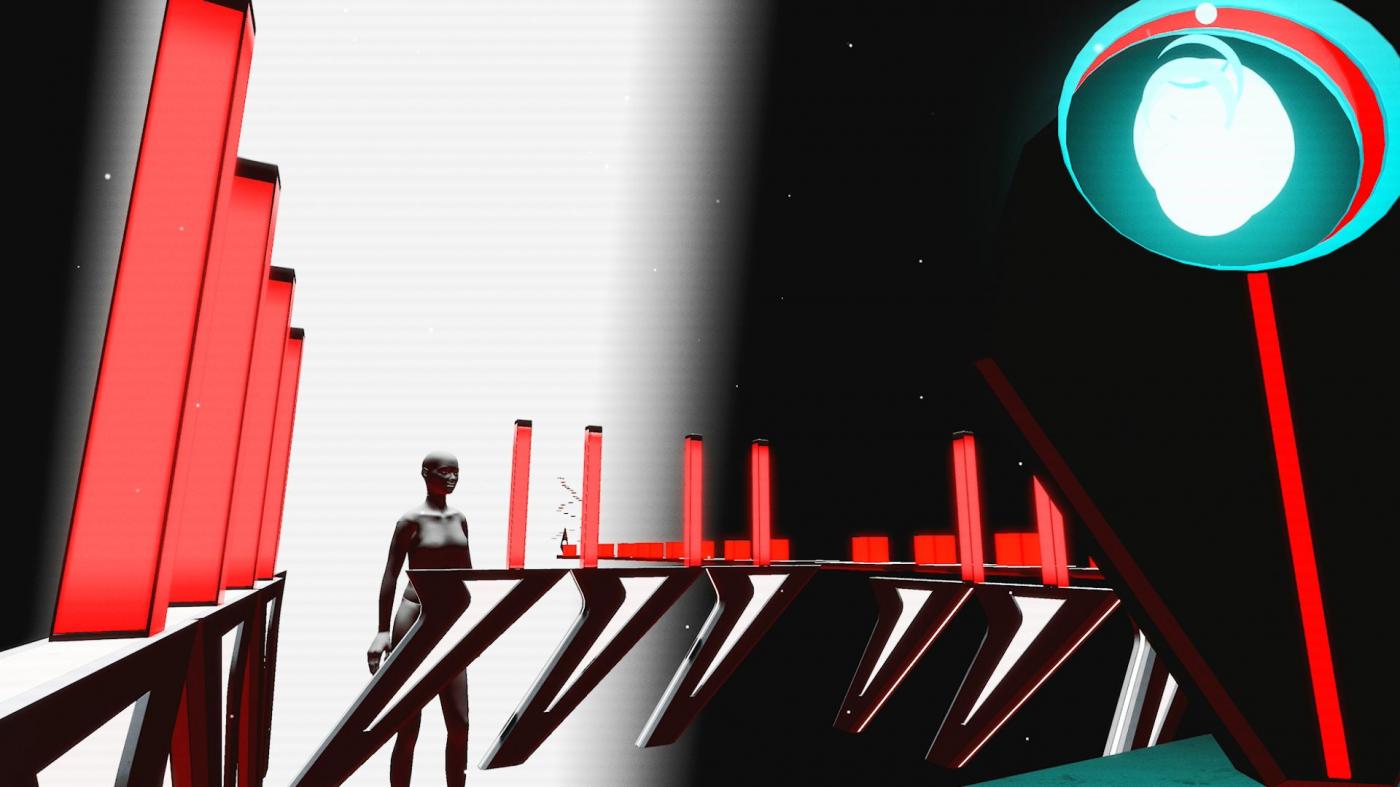 Join the Pretty Girls once again with this new style of card game that uses the Four Kings ruleset. Place all the cards on the table in a specific order. Once placed, only top cards can be moved. It’s a game of strategy, for sure. There are eight female challengers, each with multiple outfits and fully voiced in Japanese. As you clear stages, more outfits will be unlocked for viewing in the Dressing Room. There’s also a new diorama feature that allows players to create scenes with unlocked characters and clothing. Pretty Girls Four Kings Solitaire will be released for PlayStation 5, PlayStation 4, and Nintendo Switch this August.

In Book Quest, players take on the role of a young man who witnesses the theft of his family’s magic book. His grandfather’s ghost visits him, resulting in a dangerous journey for the young man to retrieve it. This action adventure RPG is presented in a retro pixel style, but also has cinematic cut scenes and dialogue. Gameplay alternates between top-down and side-scrolling perspectives. Execute attacks, collect items, solve environmental puzzles, and equip new gear. Book Quest will be released for PlayStation 5, PlayStation 4, Nintendo Switch, Xbox Series, and Xbox One this August.

Sword and Fairy: Together Forever

The Sword and Fairy franchise may be 26 years old, but it’s still just as interesting as ever! The world blends ancient mythology with traditional Chinese aesthetics and waves a tale between three clans. The memorable cast of characters each have their own personalities, motives, skills, strengths, and weaknesses. Sword and Fairy: Together Forever introduces real-time combat mechanics, allowing players to switch characters and strategize as they see fit. Sword and Fairy: Together Forever will be released for PlayStation 5 and PlayStation 4 this August.

How far would you go to reach Elysium? A realm…

I’m all about retro graphics lately, especially ones that remind…

Podcast-in-Video: The year ahead for Sony, Microsoft & Nintendo