There aren’t many combinations that are more specifically “me” than Fire Emblem and Koei Tecmo’s Warriors (Musou) formula. One is my favourite tactical JRPG series of all time. The other is my favourite action brawler formula. Both series’ love their fan service and beautiful people, and both have persisted on and steadily modernised over years without losing sight of the core experience. The two are such a natural fit that it surprised me that it took so long to happen, but when it finally did the result, Fire Emblem Warriors, made me so happy I could have cried. Now Koei Tecmo is back with a second spin at the combination, and while I’m not going to give away too much here, the result is even better.

The main difference between Fire Emblem Warriors and the new one, Three Hopes, is that the narrative is far more cohesive. The original Fire Emblem Warriors was constrained a little by being an “all-stars” roster, and the developers needed to figure out how to explain Lyn fighting back-to0-back with Olivia. I wasn’t about to complain about that, since Lyn and Olivia is certainly a fantasy, but the plot was, in fairness, nonsense. By being a direct continuation of a single Fire Emblem title, Three Hopes is a more cohesive experience with a clearer narrative, roster of characters, scenario and world. In this regard, it’s a little like the difference between Hyrule Warriors and the later Age of Calamity. Both are excellent, but having the title be directly and explicitly linked to another beloved game gives it purpose beyond being an excuse for fun fan service.

Without giving away any of Three Hopes’ narrative whatsoever, I’m thrilled to report that people who loved the characters and narrative last time will love what has been done here. There’s the rare missed opportunity (I haven’t actually heard Hilda chant her name on the battlefield yet and, I mean, come the heck on, Koei), but for the most part, the developers have recreated each character and their personalities nicely. You’re able to choose sides and go on quests with your favourite (Golden Deer, of course), spend time chatting with them between missions, and then order them around on the battlefield, just as in a “proper” Fire Emblem title. 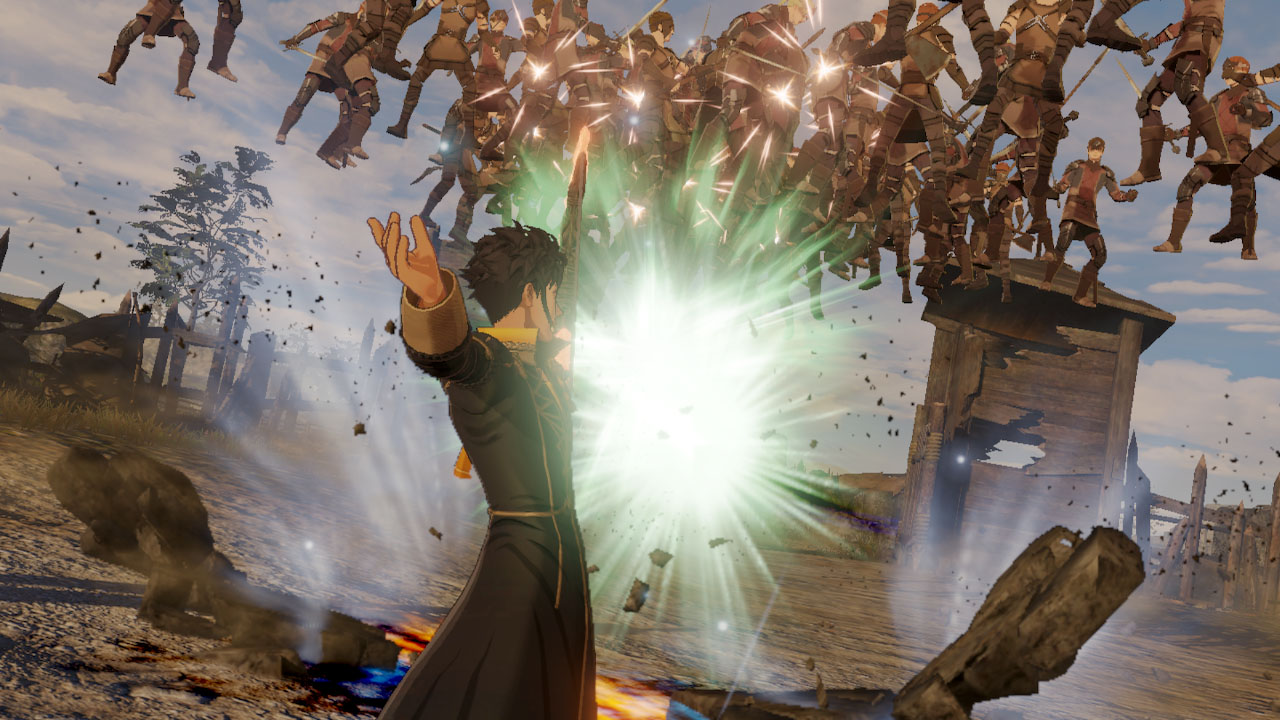 The tactical side of Three Hopes is an extension of what Koei implemented in the first Fire Emblem Warriors, and it works so well. At any point in time, you can pause the action, pull up the battle map, and direct your heroes to various points, either to tackle enemies or shore up defences. You’ll need to make good use of this because there’s just no way you can achieve everything by yourself, but you’ll also need to be careful, because characters can die if you direct them carelessly and while permadeath might not be the only way to play Three Hopes, it is certainly the only right way to play Three Hopes. You need the fear of losing your allies permanently to make those strategic decisions matter. From the missions I’ve played so far, I would even go as far as to say the tactical command is of 50:50 importance with the action combat, and the developers have nearly perfectly captured the essence of Fire Emblem by structuring it that way.

It’s also nice to see the game indulge truly epic-sized battle maps (or at least it has from the missions I’ve played so far). Just a few weeks ago I played Touken Ranbu Warriors, and while I greatly enjoyed that, the development team on that one decided to keep maps and levels quite short and sharp. With Three Hopes you’re going to be dealing with the ebb and flow of large-scale combat and, in vintage Warriors style, there will always be additional missions and side missions that pop up that will throw you into a wild dash, just when you thought you had the situation under control.

In the moment-to-moment action, you’ve got all the components that you would expect from Fire Emblem – there are the character classes and weapon triangles, and on the battlefield, each hero behaves differently enough that you’ll have your favourite characters and combat style. The traditional Fire Emblem levelling system is there too, of course. It’s all there. This does feel like an authentic Fire Emblem entry, albeit through an action lens. The only thing that’s disappointed me so far is the sheer amount of stuff that this game has you collecting now. After a battle is finished, the post-battle debrief contains page after page of experience meters, resource gains, and so on. That side of things is starting to get a little excessive (and that’s a criticism that applies broadly across the entire Warriors “formula” these days). 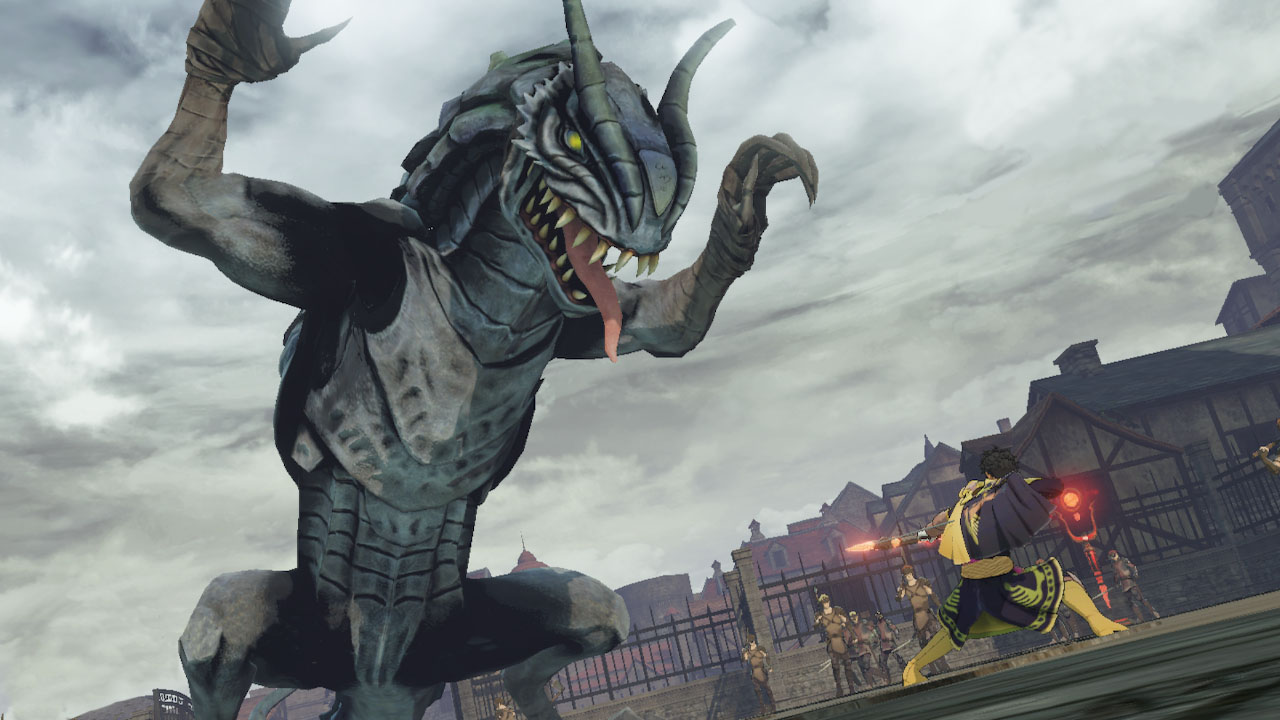 But having played this back-to-back-to-back with Touken Ranbu and Dynasty Warriors 9 Empires from earlier in the year, I find myself increasingly astounded with just how versatile Koei Tecmo’s Warriors system is these days. From far-out examples like Persona 5 Strikers and Dragon Quest Heroes, which are more JRPG than “Warriors”, to the increasingly complex recreation of the history in the base games and the ever-broadening range of anime and game licenses, Koei Tecmo has made it clear that it can not only apply the Warriors “formula” to just about every IP, but it can also adapt it so that it is an authentic partner to that IP. That’s exciting, because it really does seem like the sky is the limit and Koei Tecmo is well aware of that. I joked about a Sailor Moon Warriors in a recent interview, but have no doubt that Koei would make that work. You would have to think that after developing Dissidia NT and Stranger of Paradise, Koei Tecmo would be angling towards a Final Fantasy Warriors for its next collaboration with Square Enix. And just how long is it before western rights holders realise that a Game of Throne Warriors, Lord of the Rings Warriors or Star Wars Warriors would be so much better (and more authentic) than what the likes of EA and Warner Bros. are churning out?

You’ll hear the same complaints about Fire Emblem Warriors: Three Hopes as you do every Warriors game these days. Especially on the Switch. Some will complain about the frame rates. Others will rue the “button mashing.” Those people are missing the point, frankly. Three Hopes is perfectly playable, and here’s the thing: Fire Emblem is a character-driven tactics JRPG series. Warriors is an engine designed to support character-driven big action games. The two are a match made in heaven, and Three Hopes is going to be one of my favourite games in 2022.

Mario Strikers: Battle League – This is how Mario Sports titles should be