A game of pretty boys and their big swords.

Touken Ranbu is a game about pretty boys. Who are swords. And travel around time, Quantum Leap-style. I’ve got to be honest with you, if you had told me that at some point in my life I’d be playing an anime boys game whose closest direct comparison is an ‘80s and ‘90s cult sci-fi TV show, I would have thought you were an odd duck. The fact it works so well is perhaps even more surprising.

I’ve not played the original Touken Ranbu mobile game (because it’s a mobile game, and unless those have anime girls in wedding dresses or swimsuits I’m just not paying the gacha premium on them), and I’ve only seen a couple of episodes of the anime. It’s an excellent anime, but I haven’t got time for much these days. I do, however, know that it is an enormously popular property, and has had a similar impact on a lot of women as what Samurai Warriors has had on me. On that basis alone I really like what the overall property is about.

I have taken an avid interest in Sengoku history thanks to Samurai Warriors. Since my introduction to the series with Samurai Warriors 3 on the Wii, I’ve read dozens of books about the time period and the people involved, I’ve visited around 20 castles that played a key role in the era on my trips to Japan, and I’ve even visited two of the major battlefields. What seems like a stupidly outlandish and mindless action game on the surface is actually the perfect gateway introduction to real, fascinating, nation-shaping history if you approach it with the right frame of mind. 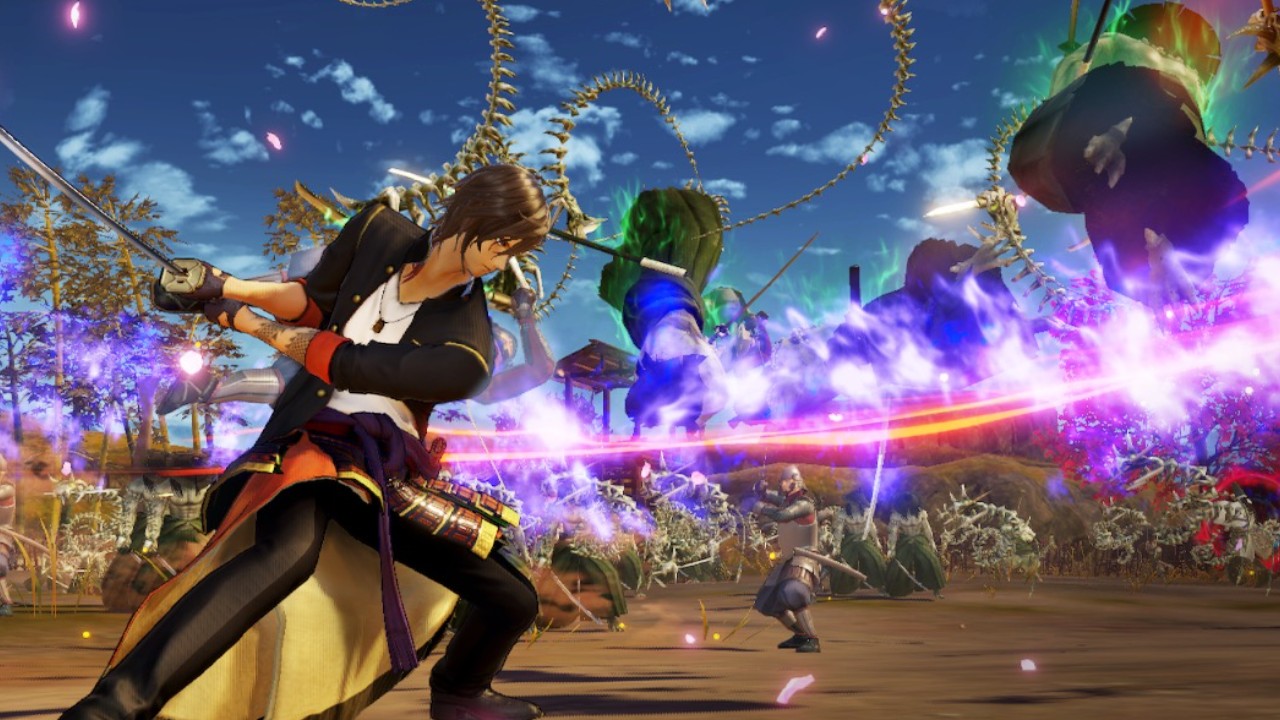 Touken Ranbu has had a similar effect on a lot of women in Japan. The base idea of the property is to take various swords of note from across Japanese history, turn them into attractive male characters, and then throw them into adventures and battles together. People develop an attachment to their favourite sword-boy, start learning about the history of the real weapon, and even go on trips to see it hosted in whatever museum is benefitting from the weapon’s popularity. And from there they become more interested in history in general.

Related reading: We chat with the team behind the development of this game.

It is a good thing if a game, film, or any other piece of media can get people interested in history. Whatever the pathway to the books and museums, the more people that develop an interest in history that has given them the thing that entertains them, the better. The more people that know what actually occurred in history, and learn the difference between good resources (i.e. a cross-section of museums and books) and bad resources (Facebook memes), the less susceptible they’ll be to historical revisionism, which is behind a lot of the absolute plague of disinformation that is infecting our modern society.

As the New York Times noted earlier in the year: “History is continuously rewritten, whether by scholars updating their assumptions, activists reframing the record, or politicians massaging collective memory for their own ends. 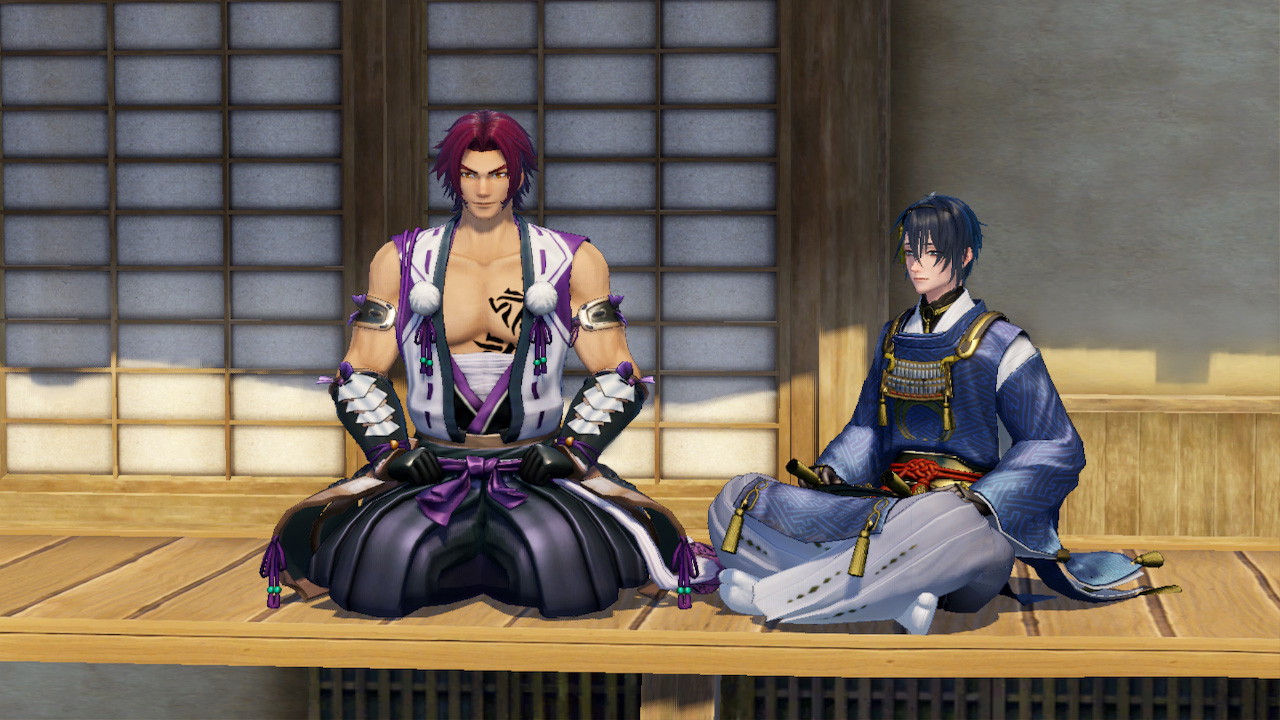 “In some places, the goals are sweeping: to re-engineer a society, starting at its most basic understanding of its collective heritage. Emphasizing the importance of that process, China’s leader, Xi Jinping, has repeated a 19th century Confucian scholar’s saying: ‘To destroy a country, you must first eradicate its history.’

Japan itself is no stranger to historical revisionism, with the country repeatedly acting to diminish its role in World War 2 atrocities. It is also the victim of historical revisionism, with America flat-out refusing to acknowledge the monumental evil of the nuclear bombs, and when an Australian that was in Japan immediately after the war wrote a book about the gang rapes and beatings that he observed ANZAC forces inflicting on the locals, the book was outright dismissed by the collective nation as a lie (and, given the behaviour of Australians in both Iraq and Afghanistan in recent years, and our military’s efforts to sweep that under the rug, we should be reconsidering the Australian military’s legitimacy in denying what went on there).

The point here is that it’s entirely appropriate and good that the enemies in Touken Ranbu are historical revisionists, sewing confusion and trying to break the timeline by travelling back to various dates in order to rebuild society in their vision, because the historical revisionists are an insidious villain in the real world, too. You play the role of the people that wish to preserve history, whether it was positive or reflected badly on anyone, and thereby protect the timeline. This is a Musou (Warriors) game, so the narrative is relatively succinct, but at the same time, you can tell that Ruby Party was a partner in the development of this game. Ruby Party isn’t so well known in the west, but it is Koei Tecmo’s otome visual novel division, and as you would expect for a developer that specialises in visual novels, the team there know how to craft a story. Even if you don’t think Touken Ranbu pushes the envelope as far as the Warriors series is concerned with its button-pressing bits, that narrative demonstrates a depth of concept and quality of writing that elevates the overall experience.

Not that it plays badly, either. Touken Ranbu is very much a modern Warriors game in the way that it gives you a wide range of abilities, above and beyond the traditional weak and strong attacks, and likes to throw bosses at you that require some ducking and weaving thanks to some big MMO-style attacks with MMO-style warning zones that you need to get out of. Meanwhile, there’s good variety between missions – one moment you’ll be defending a key area from the revisionists, and the next you’ll be “investigating” areas to uncover ambushes and track down key characters. You’ll often be working to a strict time limit, so you’ll need to move fast, too. Back at base, you can do all the usual upgrades to characters and the base itself before your next sortie. Touken Ranbu is a more accessible take on the Warriors property and feels generally easier. Perhaps this is because the developers knew that it would be the first Warriors game for a lot of people that had previously stuck to mobile games. Nonetheless, it plays nicely and smoothly, and Koei Tecmo is clearly confident that they’ve hit a groove at this point with this extended property’s “formula”.

The one downside is that, by virtue of all the characters being based on historical swords, the variety of combat options isn’t there to anywhere near the same extent as other Warriors titles. In a typical Warriors title, I love messing around with everything from the archers and war fan users through to the pugilists and guys that run around swinging a cannonball on a chain. The weapons reflect the character’s personalities and add a lot of flavour to the action. Here you’re looking at a whole lot of sword fighters. There are a couple of exceptions, and Koei Tecmo has done what they can to make all these sword guys as different as possible, but it still loses some texture. 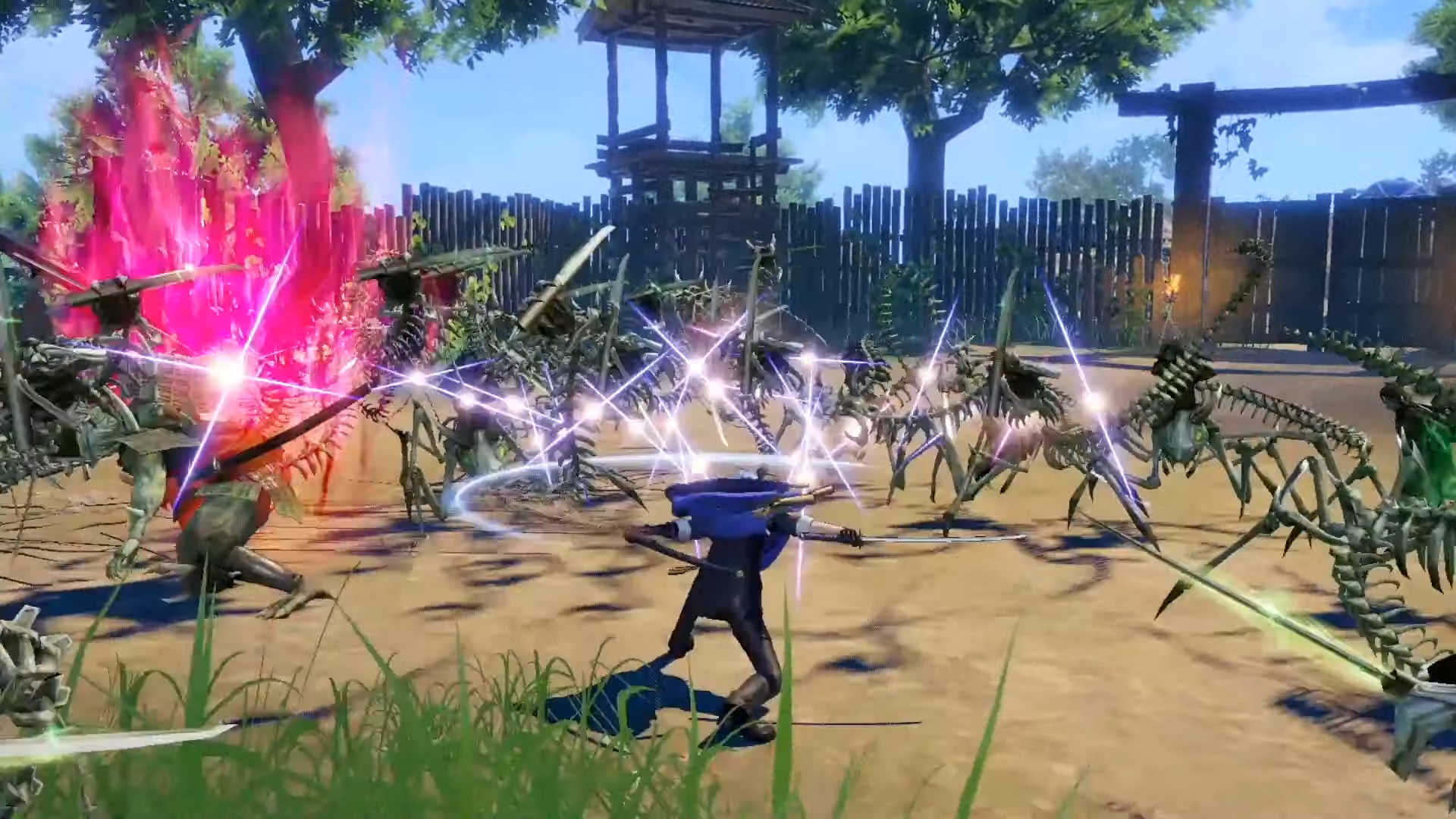 As a purely personal gripe; as someone who genuinely prefers female characters, Touken Ranbu is obviously lacking. I don’t begrudge it the roster (which, at 15 heroes, is large enough, and the boys are all both pretty and interesting), but when I put all joking about fan service aside, I do genuinely gravitate towards the women in Warriors games. I like Ginchiyo Tachibana, Oichi, Sun Shangxiang, Lyn, Zelda, Marie Rose, and so on and so forth. Touken Ranbu lacks those characters, and while it’s for perfectly good reasons and, again, I don’t begrudge it that, it’s just a plain fact that the game is missing a quality that I usually appreciate about Warriors games. That is, awesome female characters slaughtering legions of dudes. Perhaps Koei Tecmo can balance this out with a magical girls Warriors next. Sailor Moon Musou, for example. I’m going to keep asking until it happens.

However, that gripe aside, we should also acknowledge that Touken Ranbu Warriors has been a fun opportunity for Koei Tecmo. Much of it takes place in the same Sengoku period as the Samurai Warriors series, but because this is a fantasy setting, the developers have been able to play around with everything from aesthetics to the approach to the historical figures that you encounter along the way. With the Samurai Warriors series, Koei Tecmo needs to find ways to continue to tell the same story with the same characters. With Touken Ranbu, the development team could approach the period with a clean slate and creative freedom, and there is a playful spirit to the game that is a joy to witness.

No doubt this will be a fringe Warriors title. Especially with a new Fire Emblem Warriors right around the corner. Touken Ranbu doesn’t have the pull in the rest of the world that it has in Japan and I’m not 100 per cent sure where the audience is for this game. However, if you go in with an open mind, you’ll find an excellent and surprisingly relevant Ruby Party narrative, backed up with some very confident action brawler design. Basically, any day there’s a new Warriors game to play is a good day, and today’s a very good day indeed.