Let’s start this week with the obligatory Playdate game release, shall we? Ever since that little indie console was released, itch.io has been filled with a delightful range of new games that have been developed for it, and it’s easy to understand the appeal – here’s a chance for developers to mess around with a quirky, playful console that speaks to the indie spirit, with games that are gorgeously 1-bit aesthetically. By all accounts it’s an easy console to develop for, and the nature of it is such that one-person development teams can easily work on it. That all brings us to Fish ‘n Feathers, a simple arcade game that has been inspired by a particularly popular WarioWare minigame.

In Fish ‘n Feathers, it’s raining fish and you’re a penguin with a very long tongue! You need to catch the fish as they fall. If they land on the ground they blast away part of the floor, meaning you become inhibited in your movement, so the goal is to eat as many of them as possible before the numbers become too great to handle. There are 16 separate fish to catch, and the all-important high-score tracking. That’s all there really is to the game, but then that’s the joy of arcade games – some of the best ideas are really that simple.

Itch.io is also the place to go for indie visual novels – particularly from western developers. Camp Palut looks like it could be a really good one. It’s short and sweet at two-four hours, and is an otome-style romance and mystery game featuring four separate and datable characters. There’s a good range here, across a Bigfoot obsessive, a photographer, an athletic flirt and a mysterious goth, and the developers encourage you to play through the game on each route to piece together the full story.

You get the sense that the developer’s not great at promotion (the itch.io listing is absolutely terrible at explaining the game), but the effort that has gone into the game is very evident. The art is distinctive and interesting and while the itch.io listing doesn’t have key art CGs, you do glimpse some of those in the trailer, and they speak to a game that has some real intrigue and interest going for it. So don’t let the listing cause you to gloss over this one. It looks worthy.

Do you know what caught my attention with Suzerain? The art. I know that sounds strange given how primitive it might look, but it is giving me such a Castle of the Winds vibe and… wow I spent so many hours playing Castle of the Winds as a kid. A pure shot of nostalgia right there. The promise of a turn-based tactical RPG that can be even vaguely reminiscent of that classic abandonware title is always going to draw me in.

Suzerain looks like it’ll be the full package under the surface, too. There are over 150 unique spells to learn and the promise of a “huge” world with “numerous colonies, native tribes, caves and ancient mysteries” to discover. There are ships and other vehicles to ride across vast distances. There are dozens of enemy types. And you can play it on both mobile (Android devices), and PC.  With any luck this can deliver on its promise to be a truly massive quest for its asking price.

Finally for this week, another game that caught my attention because of its aesthetics, but this time because it looks like an NES-era Final Fantasy. It’s called Beyond Blue and, seriously, take one good look at the visuals and try telling me that you don’t immediately hear the related Final Fantasy town, overmap, and combat music in your head. 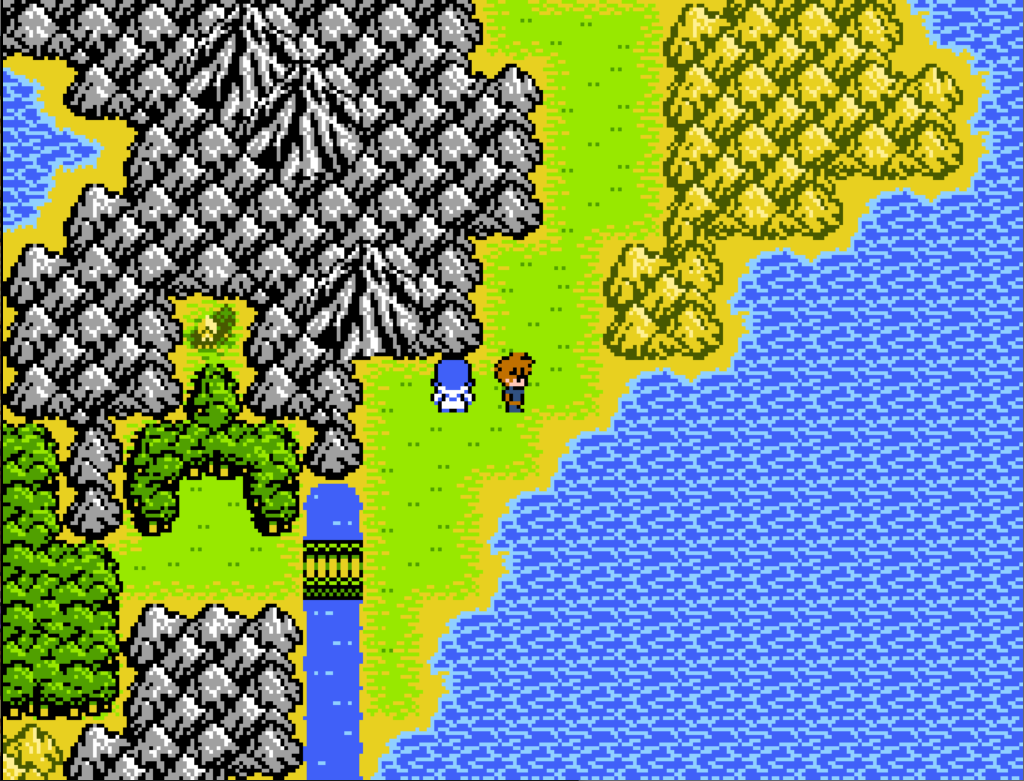 The game has a similar concept in that it tells the story of fates and evil empires. Of marked heroes fighting against the odds because destiny told them too. You should expect Beyond Blue to be a true throwback experience… and there’s absolutely nothing wrong about that. Currently all that’s available on itch.io is the demo, but be sure to let the developer know of your feedback, because this will be a full release to watch.