Kingdom Hearts IV is the beginning of a new storyline, Lost Master Arc. Sora is in the Quadratum, an expansive city in a realistic world. His companions, and the beloved Disney classics, Donald and Goofy, will return. Strelitzia, a mysterious character, will appear for the first time. Nana Gadd (Walt Disney Games director) spoke on the protagonist, saying, “Sora is an original Disney video game hero like no other, beloved by our team, and fans across the world. We’ve been honored to work with Tetsuya Nomura and his team for two decades to introduce these original stories of discovery, courage, and friendship. This glimpse into Sora’s next adventure is just the beginning – we can’t wait to show more when the time is right.”

In Kingdom Hearts Missing-Link, players will embark from Scala ad Caelum and come to the real world, where they will engage in battles against the Heartless and experience a new, original story. There will be a closed beta test this year. Also on the mobile games side of things, the final chapter in Kingdom Heart: Dark Road will be released in August as a free update.

Here’s the new teaser trailer for The Legend of Heroes: Kuro no Kiseki II -CRIMSON SiN-

A new trailer has dropped for The Legend of Heroes: Kuro no Kiseki II -CRIMSON SiN-, as well as information about three of its characters. With the threat of the mafia gone, the Republic of Calvary has gone back to peace. At least, it seems that way… until a Central intelligence Department special operations squad is found dead. And not just dead, full-on slaughtered. The Calcard Police and Bracer Guild start an investigation, but underground factions also start making moves. Who is the killer? And why?


Van Arkride is a young man and the head of Arkride Solutions Office in Edith City. He’s a Spriggan, and different from the police and bracers by operating in a grey area. He spends his carefree days along in an empty office. Agnes Claudel is a first-year high school student. She’s polite, tidy, and kind. She is also a Spriggan. Her and Van meet while searching for eight prototype orbments. Finally, we have Elaine Auclair. She’s an A-rank bracer nicknamed Sword Maiden. She used to date Van, until he disappeared one day. Seven years later, they reunite.

Developed and published by Nihon Falcom, The Legend of Heroes: Kuro no Kiseki II -CRIMSON SiN- will be released for PlayStation 5 and PlayStation 4 in Japan closer to the end of this year.

Story of Seasons: Pioneers of Olive Town coming to PS4 in the west

We already knew that the Japanese PlayStation 4 release of Story of Seasons: Pioneers of Olive Town is set for July 28, but until now we’ve been left patiently waiting for news of a western launch. Last week, that news finally arrived! It will be coming west this year, though without the Expansion Pass that will be included in the Japanese version. 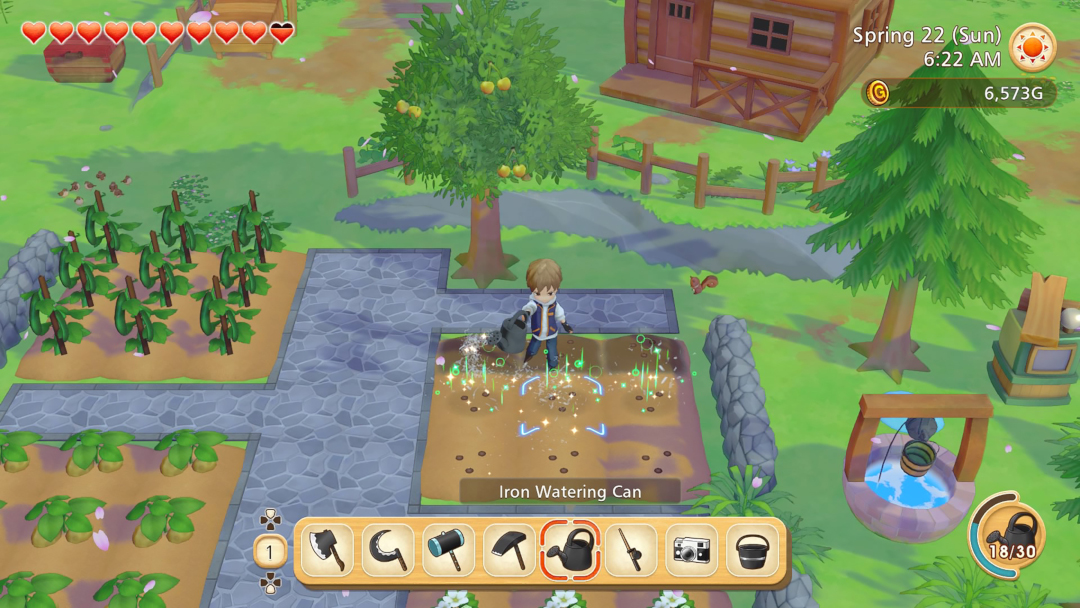 The game brings us back to the good old Harvest Moon days (a different developer took over the brand, but Marvelous originally developed the series and has morphed it into Story of Seasons). A eager explorer lands in Olive Town, a seaside community framed by the wild frontier. The goal? Bring their grandfather’s farm back to its former glory by clearing the land, repairing facilities, and crafting new ones. There are dozens of unique characters to befriend, and maybe you’ll even fall in love.

Developed by Marvelous, and published by Marvelous (Europe) and XSEED (North America), Story of Seasons: Pioneers of Olive Town will be released in the third quarter of this year. It will launch both physically and digitally. It is currently available for PC and Nintendo Switch (both launched in 2021).

Publisher Mastiff has announced that it has partnered with Indonesian developer Clay Game Studio to publish what it describes as a “beautifully weird” platformer, Faerie Afterlight, later this year. Bill Swartz, president and CEO of Mastiff, says, “Clay Game Studio has done the impossible and breathed life into the puzzle platformer … The Clay Game Studio team is incredibly talented, dedicated, and a joy to work with. Having a stunner such as Faerie Afterlight as your first project together makes things even better.”


Players control Kimo and Wispy. Kimo is a lonely creature from the depths, while Wispy is a young fairy. They have to travel across Lumina to gather missing beams of light and save the world from never-ending darkness. They will explore hidden dungeons and face frightening enemies, but they will also find unexpected allies. The game falls into the Metroidvania category, with level design made for exploration and repeated visits.

Developed by Clay Game Studio and published by Mastiff, Faerie Afterlight will be available for PC via Steam in the third quarter of this year.

Review: The Cruel King And The Great Hero (Nintendo Switch)