We’ll start this week’s list with a Ludum Dare project that looks like an almost obscene amount of fun. Ludum Dare is one of the bigger game jams that encourages people to make a game from scratch in just a weekend. A weekend isn’t long to make a game (at all), but this particular game jam does tend to attract some real talent, so the games that wind up being entered are often very creative and well-executed. Shotgun King takes the top-down shooter genre and… places it on a chessboard. 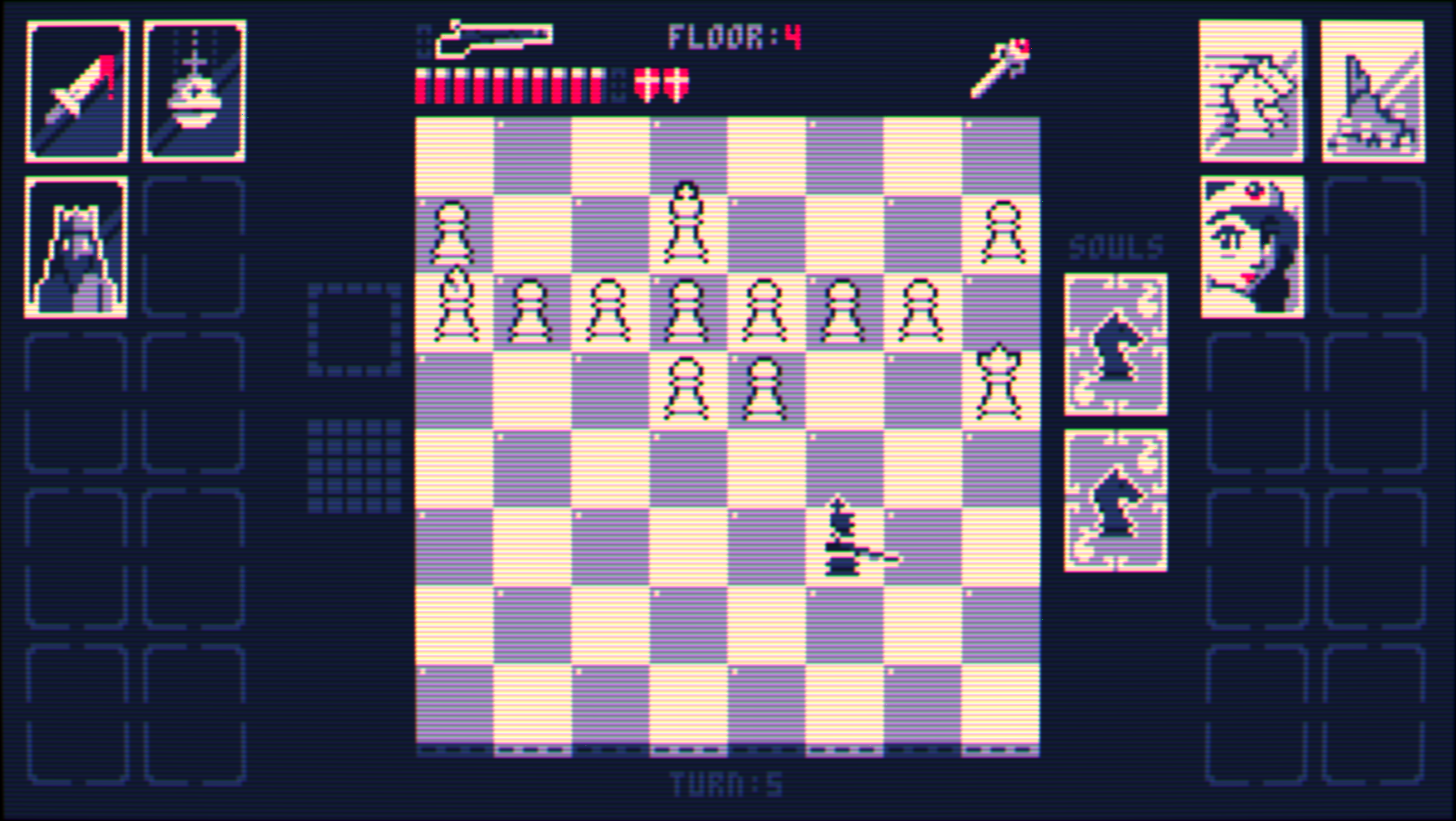 This is a turn-based tactical game where you play as a king with a shotgun that needs to blow up all the enemy pieces in each wave while avoiding getting hit, as they move around the chessboard as normal chess pieces do. There are plenty of things to pick up along the way that can make future waves more manageable, but eventually, the escalating difficulty will get you and then you’ll need to start again. The developer has clearly realised that they’re on to something good, as they are now planning a more fully-featured take on the project.

Artist Life Simulator seems like my kind of game on every. Single. Level. Just the description alone hooks me in: “Welcome to decadent, art-loving 19th-century alternative history Europe, and a roguelite game about finding inspiration, dealing with feelings, and painting masterpieces.” But then I look at the screenshots and I’m even more sold on it. It’s a card-based game, with some gorgeous art and 65 different cards to play, which represent the emotions that run through the artist’s life. 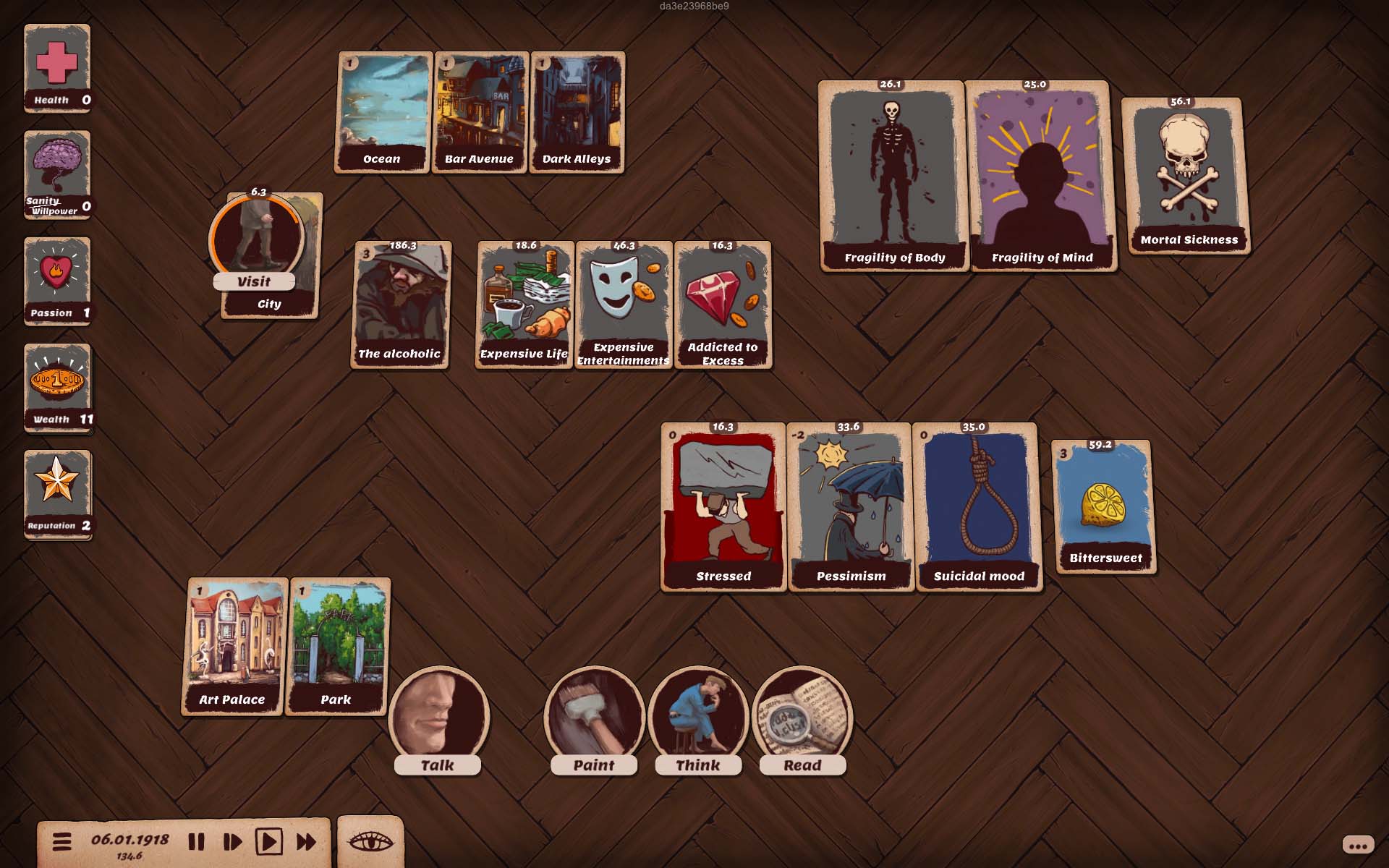 From the amusing to the horrible, successful to the lustful, Artist Life Simulator runs the full gamut of the things that real artists got up to. Similarly, your artists can end up in poverty, sick, lose their mind and have other, similarly tragic ends. Permadeath means that you’ve only got one shot to make it as a great artist, and the many failures that you have along the way will be right in line with what happens in the real art world. This is a clever concept for a game. We just have to hope the developers have pulled it off.

Itch.io plays host to a lot of horror games, but very few of them look as immaculate, intense, or as elevated and intelligent as Sinistria. Set in Romania, in a ghost town with a shrouded history, your job is to piece together what happened that caused the town to be abandoned. The game covers a very broad range of themes, including love, domestic violence, existentialism, illness, morality, and religious fanaticism, and the developers promise that it’s a game about mystery and emotion rather than adrenaline, which is exactly how I like my horror.

My guess would be that this game is inspired most closely by Silent Hill (it has a similar concept), and that’s a good thing… if they can pull it off. It’s a difficult horror to get right, but what gives me confidence about Sinistria is the fact that so much effort has clearly gone into it. There’s doing something quickly and cheaply to cash into a popular thing (common within horror on itch.io), and then there’s doing something that you genuinely believe in, and I think Sinistria is the latter.

Oathbreaker is a Fire Emblem-style tactics JRPG, and I will always have time for Fire Emblem-style tactics JRPGs. With a cast of over 20 playable characters, this game looks like an RPG Maker project (and it’s amazing if they’ve managed to break RPG Maker in this way), but promises something much more expansive. There will be 20 chapters to play through, and a full-scope narrative, complete with the support discussions that people love so much from Fire Emblem. 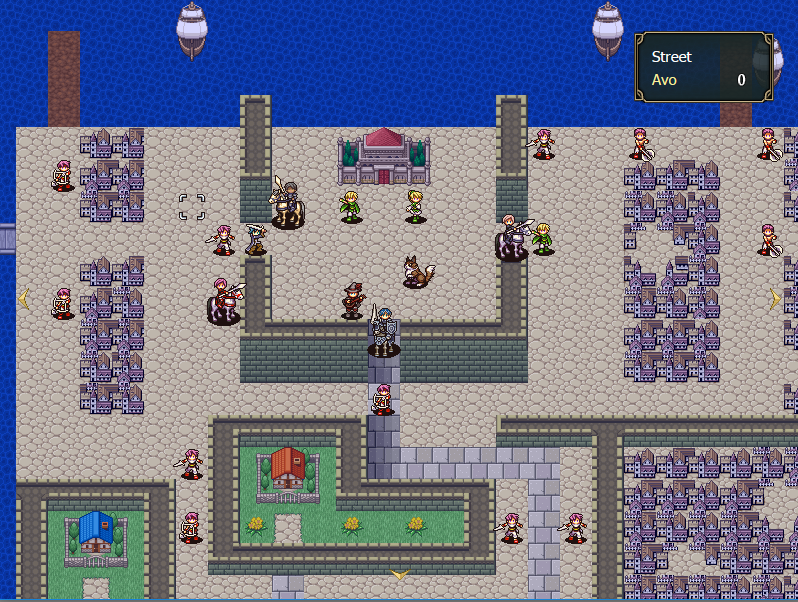 We’re just starting to see a lot of indie projects that are inspired by Fire Emblem, and you’ve just got to love to see this happening. There’s a special quality about tactics JRPGs, and though I’m certain that they’re difficult to make (and many of them do fall flat), this is a genre with which the more the merrier.

Finally this week (we’re listing five rather than four because we couldn’t choose between them) we have Fictional Town, a game about a schoolgirl that finds herself in someone’s dream, and now needs to figure out how to escape back into reality… if such a thing even exists. There’s a lot to like about the pixel art and concept, and as long as it’s written as well as conceptualised, it will be worth your time.

It’s not a straight visual novel, mind you. There are rhythm games in this one, and that’s also how you fight and defeat bosses. A perfectly surreal touch for what seems like a perfectly surreal game. There’s not much more to the game’s description on itch.io than this, but it’s nice and cheap and promises to be so much.

Later on this week (actually, tomorrow) Penko Park will launch…