I knew what I was getting when I stepped into Legend of Ixtona. It is a Kemco game, after all, and that means Z-grade storytelling and the cheapest of presentational standards. However, as a life-long fan of tactics JRPGs, I wasn’t going to pass up on this one either. I was expecting something akin to the standards of the very workable Mercenaries titles, and while Ixtona isn’t quite there, it’s not the worst way to spend some time, either.

The tactical engine is sufficient, basically. Don’t go in expecting anything of the standard of Triangle Strategy, but within the very limited simplicity of tactics JRPGs at their very most basic, Ixtona does work. You move units from a handful of different classes around a map, built like it’s from a Final Fantasy Tactics title. Some units move better on water, others are uninhibited by land (since they fly). Some are ranged and others are melee-orientated. It’s all very 101 stuff. It plays out in turn-based fashion, with units taking turns to attack and counterattack, and each having a range of standard and special abilities. You’re limited in terms of how you can customise individual units, but you do end up being able to recruit a large number to form party combinations that suit your style.

Overall the difficulty is pitched quite low. That’s standard for Kemco games, given that they exist to act as a time waster rather than anything deeply engaging. That’s less of a problem with the normal turn-based JRPGs that Kemco churns out, but it is a bigger problem with Legend of Ixtona, given that by definition, tactics strategy games should encourage you to think about the battle as you might look at a chess board. There needs to be an element of challenge to the action, in other words, so that success in battle can feel sufficiently rewarding. Here the risk of loss is pretty minimal and in most cases you can just throw units directly at the enemy. 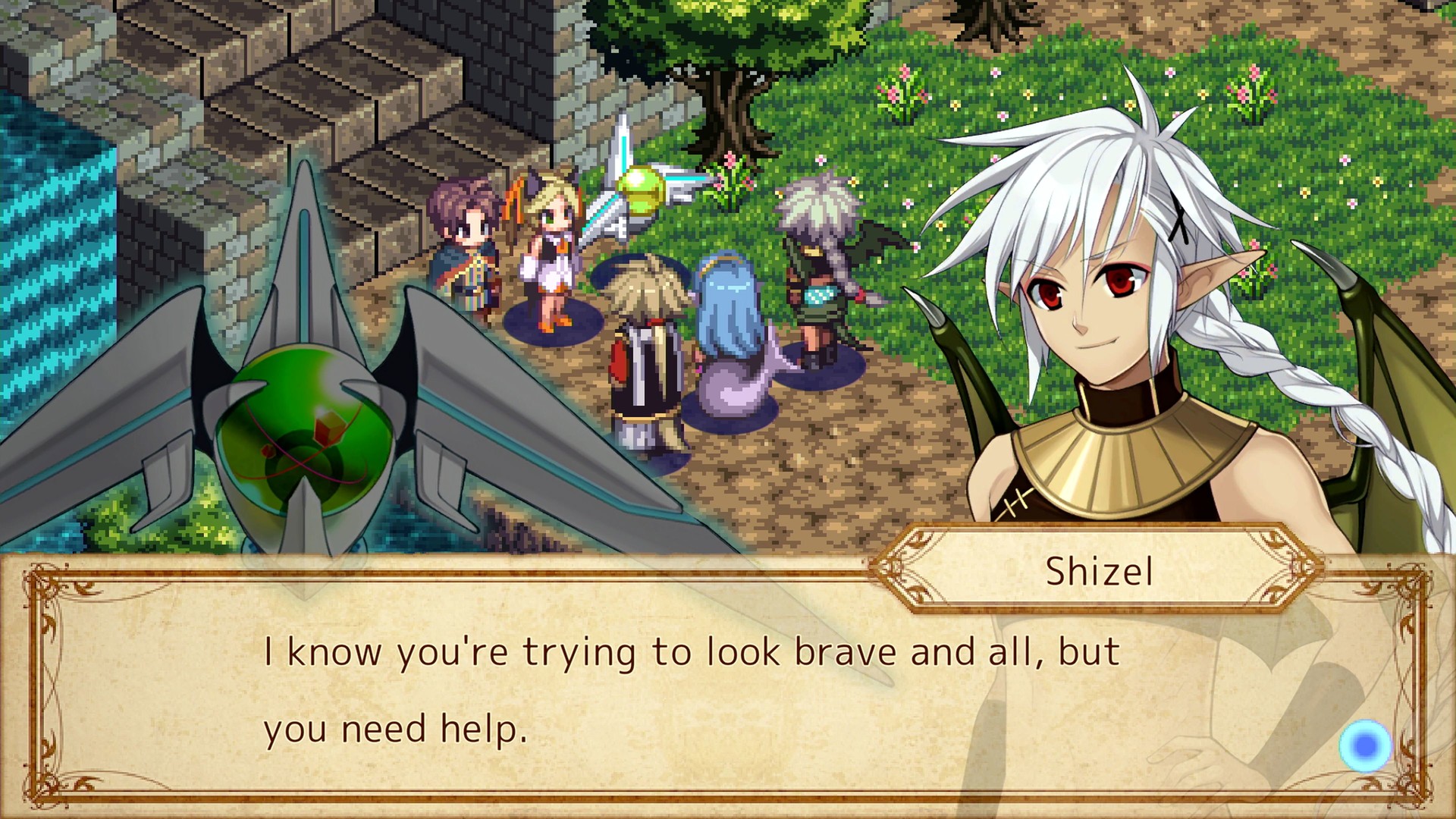 Related reading: Among Kemco’s library, the Rideon-developed Blacksmith of the Sand Kingdom is actually very good. Our review.

I do understand that this is a mobile game first and foremost, and the developers were probably assuming that people would cycle through the narrative cut-scenes without actually reading them. But this is a pretty lousy way to do narrative, especially for something that so desperately needs context like a JRPG does. We count on the interactions between characters to set the scene, build worlds and give us a reason to care. “Wowwy! Wowwy! This girl is sooo cute!” and “if going to war is a crime, it’s the victor that must pay” are not only obnoxiously shallow and juvenile things to actually write, but they’re just banal. What is even the point of a JRPG if you can’t do a better story than that?

The art, too, is very pedestrian. The in-combat sprites look good enough, and were it not for a lack of flash in movement and special effects would almost look like they belong in a much bigger budget game. The character art, meanwhile, is very flat and generic. It’s pleasant and inoffensive, and some of the emotions that some of them have are good for a smile, but we’ve seen better and more original efforts from Kemco’s own library, let alone the better-resourced developers. 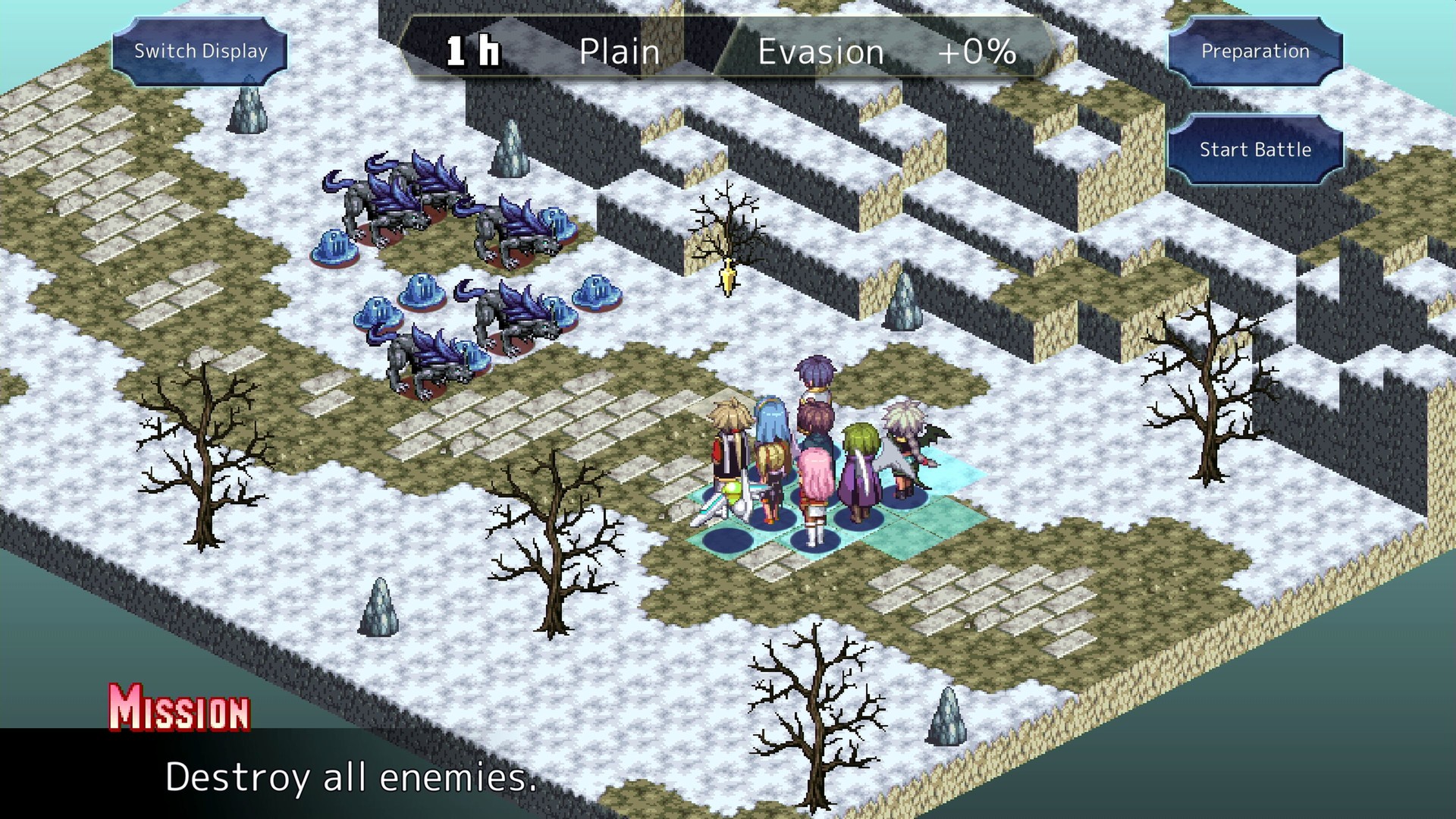 Of course all of this is moot and we should realise by now that Kemco is immune to criticism. Clearly this approach to game development is working for them, and there is a market for the cheapest and easiest of B-grade JRPG genre snacking. Do I like Legend of Ixtona? No, of course not. It’s not a good game, according to any of the measures that we expect of any other JRPG developer. And yet I find myself playing a disproportionate number of Kemco’s games. Sometimes, when you go into something knowing it’s going to be bad, and get exactly what you’re looking for, you don’t actually mind. Ixtona gave me exactly what I was expecting, and, ultimately, I didn’t regret the hours I spent with it.