Dragalia Lost had so much going for it. Not least of which was that it was Nintendo’s first foray into creating a new IP for mobile devices. Developed in partnership with one of the giants of the space, CyGames, it was a generally well-received and respected JRPG.

Now, though, everything that went into that game is about to be lost forever.

Nintendo and CyGames have announced that the last new “content drop” for Dragalia Lost will land on March 31, at which point active development for the game will cease. The final campaign will wrap in July, and while the servers will remain active for a while, the companies have already promised that their lives will come to an end soon enough.

The problem here is not that active development on the game will cease, of course. That happens in the natural course of any creative work, and isn’t a problem. The problem is that the game will be rendered completely unplayable once the servers are flicked off.

I’m not writing this because it’s a first. This kind of thing has been going on for years now. I personally stopped playing mobile games back in 2016 when Chain Chronicle – a game I genuinely loved – was unceremoniously shuttered (admittedly I did dip back in for Fire Emblem Heroes, but I wasn’t going to pass up the opportunity to dress Lyn in a swimsuit and wedding gown). I’m writing this because it’s the best reminder that we’ve had in some time that these games are a waste of work and time for everyone involved, and because they’re becoming more common, we’re going to be losing more and more art. 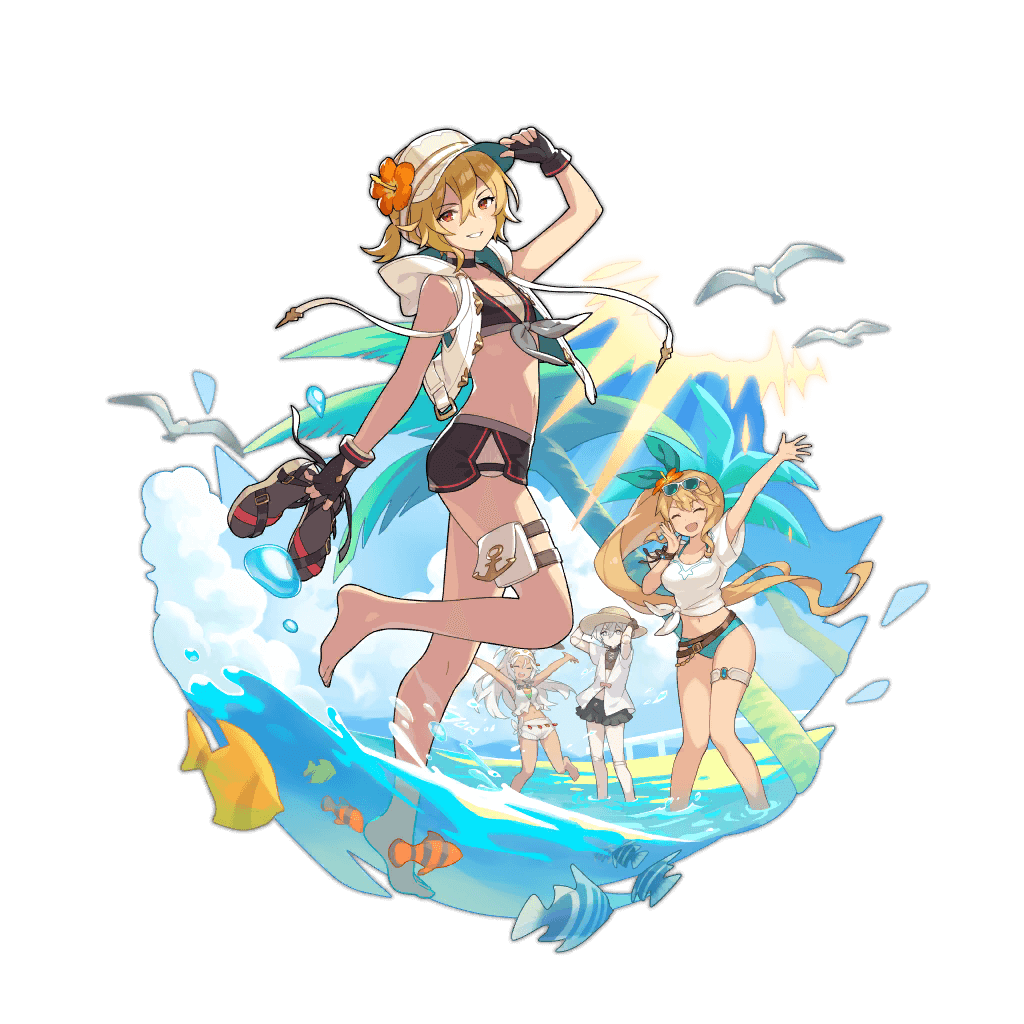 It is a reminder, in other words. Dragalia Lost only ran for four years, and was backed by two of the biggest names in the business. It is a game that had a fortune of creative energy poured into it, including some of the most stunningly beautiful art that you’ll find on mobile. And all of that is going to be gone. It’s not just that the developer is ending support for it. It’s going to be purged from existence. All of that work is going to be like it never existed.

Imagine of Yoshitaka Amano’s stunning art from Final Fantasy was burned out of existence five years after it was drawn because Square Enix decided it was no longer worth anything to them. But beyond that, imagine if we did that to art galleries or film. Imagine if you weren’t able to watch films that were older than four years because they were no longer actively generating money. Imagine if art galleries tossed out everything after an exhibition.

A subscription service like Netflix or Game Pass might do lousy things by walling off art and then deciding down the track that it’s no longer of interest to them to keep it on their servers, but even if Netflix were to decide that I should no longer be able to watch the final two Rurouni Kenshin films, there’s always piracy. Piracy doesn’t really protect people from live services once those stop spinning money, though. Anything that absolutely relies on some server being left on to be accessible is art that is doomed to be lost.

To be blunt, think about your favourite game that relies on servers and has no offline or single player mode at all. Whether it’s Genshin Impact, Fortnite, Apex Legends or League Of Legends. At some point – probably before you’re ready for it – your favourite characters and all the time you put into them will disappear from history. The narratives will be like they never happened. Your heroic victories as provable as a tree falling deep in a forest with no one to witness it. You will have nothing to show for your time in those games, and, even worse, neither will the people who made the game.

These trends are only going to accelerate. There’s too much short-term money in doing this for publishers and corporations to care that at some point the art is going to be binned. The games industry, in particular, is hell-bent on adopting NFTs (with film, television, and others not far behind). Those things are even more volatile and liable to just disappear overnight.

So, use Dragalia Lost to remind yourself to never play these games. It’s not just that you shouldn’t spend money on them, but you shouldn’t go to the emotional energy of engaging with them, finding favourite characters, and paying attention to the story. All of that is going away, and any emotional investment that you have in them is nothing more than wasted energy.

Now, Nintendo and CyGames, do the right thing and make a proper version of this game that will be playable in single player, without relying on servers, into perpetuity, and preserve the art and work that so many people put into it.

The recent GTA VI hack, and the subsequent fallout from…

It’s time for a very chunky Nintendo Direct! This one…