With the exception of Halloween, seasonal games are a tough sell, and therefore rather uncommon. For example, we don’t see many Valentine’s Day games at all, and this is partly because Valentine’s Day doesn’t lend itself to the endlessly violent gameplay loops of 99.99 per cent of games, and even when a game does indulge in the romantic, it’s usually a lusty, sexy kind of thing, focused on the endgame of romance. Mima and Nina’s Chocolate Workshop is a very different experience, as it is focused on the sweet romance, and therefore makes the perfect Valentine’s game. 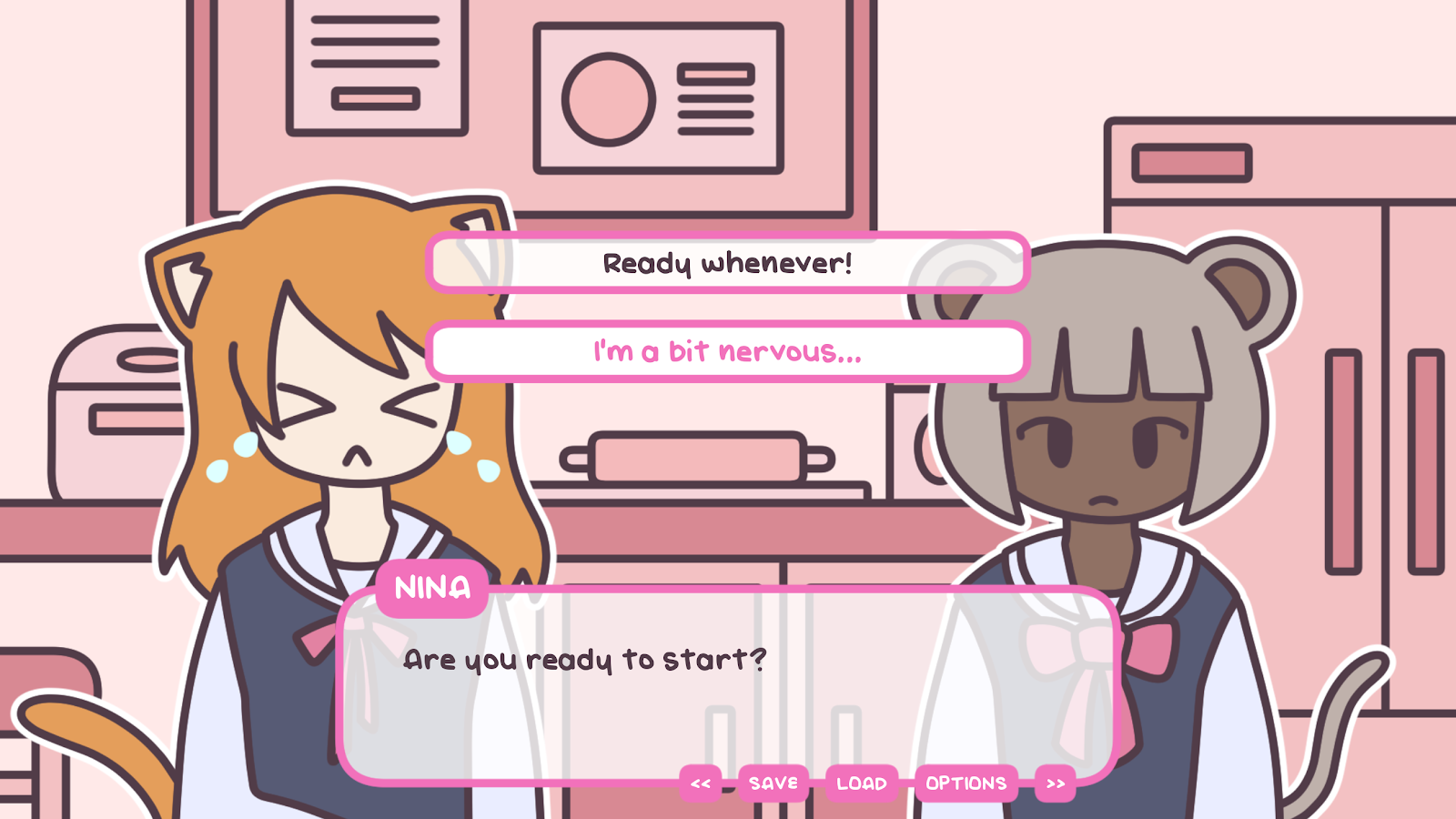 In Mima and Nina’s Chocolate Workshop, you’ll be “giving cute chocolate to cute people.” It’s a visual novel that has seven different endings (both platonic and romantic), and a chocolate-making minigame, which looks absolutely delightful. In a way, I’m reminded a little of the cooking visual novel Everyday’s Today Menu for Emiya Family with this combination, and that’s not a bad thing at all. I also love the art style of Chocolate Workshop. It’s so sweet and warming.

The Curse of Mantras

This is one of the more expensive itch.io games that we’ve seen, at $US25, but The Curse of Mantras is a Winter Wolves game, and for many years now Winter Wolves has been plugging away at games featuring beautiful characters, spanning a broad range of genres, from the traditional visual novel, to JRPG, dating sim and more. We were reviewing Winter Wolves games as far back as 2012 ourselves, and we were late to the party. So I think that this developer has earned its right to charge a premium for its games. Especially when they look as impressive as The Curse of Mantras.

The Curse of Matras is a dating game, that just happens to have a full-scale collectible card game running behind it. You’ll have the chance to romance no fewer than ten love interests (each with at least two romance CG scenes, so it’s a full-scale production here), and if you get into the card game there are over 120 cards to collect and deploy into the strategic battles. Best of all this game is still very much in development, so there will be plenty of opportunities to provide feedback to the developer and ensure that this hugely promising, gorgeous game delivers fully on its incredible premise.

Just as the Game Boy continues to attract developers that love working within limitations to come up with creative ideas, so too does the Nokia. Yes, that iconic “brick” mobile phone we all used to play Snake on obsessively. There was recently a game jam on itch.io to create Nokia-style video games, and Nok Out is one of the most impressive of those. This game wouldn’t actually run on a Nokia (at least, I don’t think so), but it looks the part and seems like a genuinely creative little brawler.

Nok Out is a wave-style brawler, which currently features five waves (and two enemy types) as well as a boss. The combat system has been kept simple, just as you would expect from a brawler modelled after a device with which the only inputs were phone number keys, with an attack and dodge button, and that’s about it. What makes the game look like a delight to play is, firstly, the aesthetic, which is powerfully nostalgic for people that grew up with primitive phones. It also looks like it is a genuinely smooth and intense brawler, which, with a bit more development, could well become something special indeed.

Save The Citadel
One of my favourite genres on itch.io is the minimalist strategy game, where there are just a few inputs and the challenge is not so much in mastering an overwhelming combination of mechanics, but simply making the best use of the limited capabilities you do have. Save the Citidel seems to be that kind of experience, given that it only features a tiny few buildings and restricted play-space.

The premise of the game is that you’re one of the last colonies of humanity, adrift in space, and regularly under attack by alien threats. Your goal is to gather up bits of land as they appear, use that limited space to build up an economy, while also making sure that you’ve got the military might that you need to defend everyone from those incoming attacks. With simple – but attractive – art, this humble-looking game could well end up occupying more of your time than you might expect.
Share this