Blaze’s followup console to the Evercade is a collector’s delight – but also a very good way to legitimately trawl through gaming’s history.

There’s a problem with retro gaming. No, I’m not talking the folks that want to convince you that a copy of Mario 64 sealed in a plastic tomb is worth a million bucks, although there is a special place in a notably warm eternal domicile for those folks. The problem is one of accessibility.

Some titles – Pac-Man, Sonic The Hedgehog, Super Mario Bros. – get endlessly recycled and re-released, and there’s just no issue with playing those classics in the modern day if you want to. 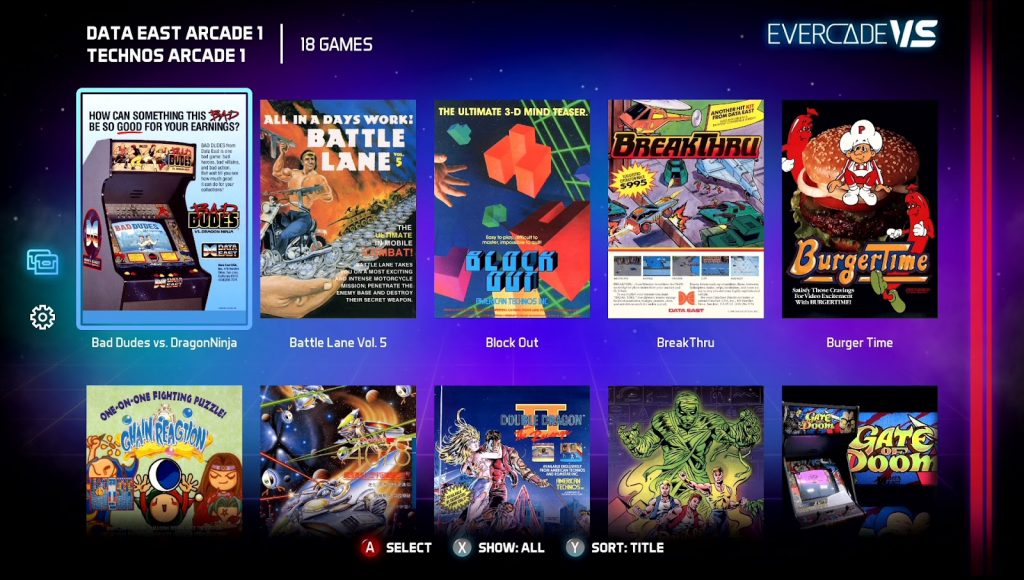 One solution that DDNet editor, Matt, has explored in some depth are the myriad of mostly Chinese-made handheld emulation consoles that rely on you sourcing your own ROMs from the, shall we say, greyer parts of the Internet.

It’s totally something that people do, but the legal line on this is quite clear, especially here in Australia. Just in case you were confused, you’re on the wrong side of it.

It’s also not exactly a step that’s likely to encourage rights holders to properly preserve their own games, because they’d have no interest in dealing with folks who take scant interest in copyright in the first place.

There are companies that do serve to do things the legal way, but historically they’ve done so in a rather cheap fashion. ATGames, with its many woeful Atari and Sega Megadrive consoles, are a good example of mostly doing it wrong. I would have previously put Blaze Entertainment, makers of the Evercade Vs into that bucket as well, because its early emulation-based offerings were not great. However, the Evercade, a cartridge-based portable handheld system released a couple of years ago changed all that. 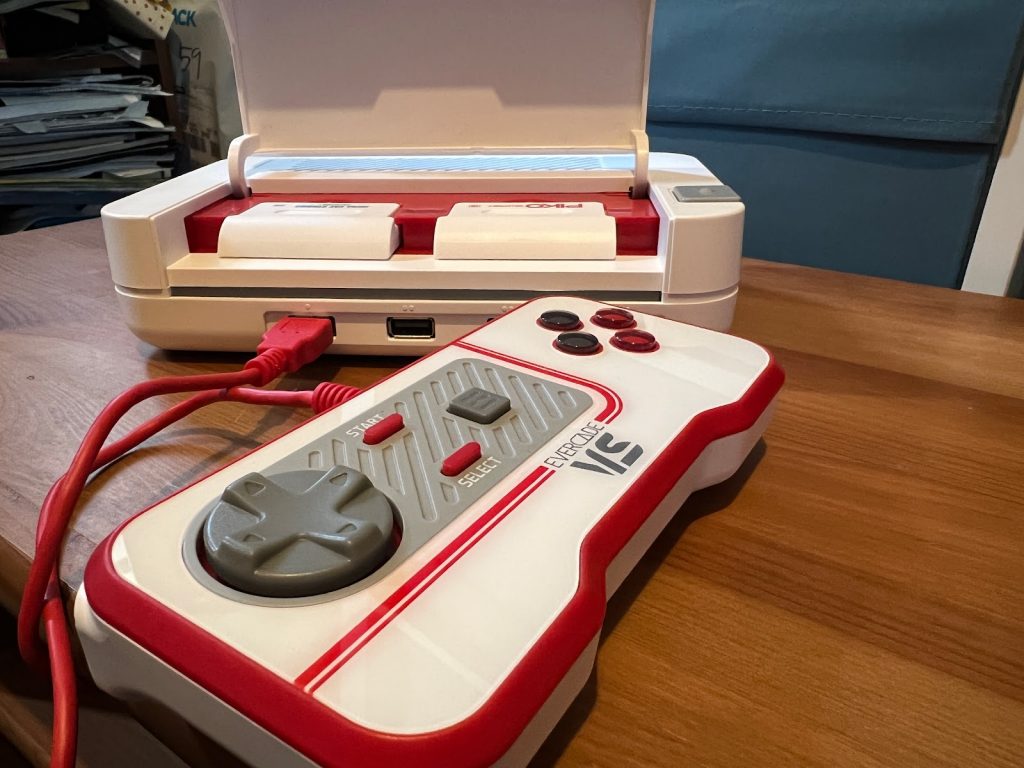 Blaze targeted the gaming collector community directly with games delivered on actual cartridges with real boxes, genuine manuals and even a few fun in-box fripperies like stickers. The Evercade is a decent machine, but I’ll be honest and say that while I loved the concept, I never loved my Evercade.

That’s mostly because the screen isn’t great at most viewing angles. I get that it’s built to a price and that’s the way it is, but it hasn’t been my go-to option despite picking up quite a lot of the Evercade library at the same time I purchased my Evercade, because it was more fiddly to play comfortably on, which always felt like a pity.

The Evercade VS changes that equation, because it’s a “full” gaming console designed to connect to your TV via full HDMI. The original Evercade could do this with a mini-HDMI controller, but it was always a fiddly process because you were using the device both as console and screen, risking dropping the cable out with any wayward motion. To further sweeten the pot, the Evercade VS supports up to four players via USB connected controllers. That’s why it’s called the Evercade VS after all, because it brings with it the prospect of multi-player gaming.

I picked up the Evercade VS via Pixelcrib in the VS Premium Pack edition, which comes with the two currently available “Arcade” cartridges in the box with games from Technos and Data East. The slightly cheaper Starter Pack comes with just the Technos pack, but the reality here is that if you’re going to go down the Evercade VS route it doesn’t make much sense to cheap out here unless you really hate Burger Time and Bad Dudes Vs Dragon Ninja. If you do, the door is that way… 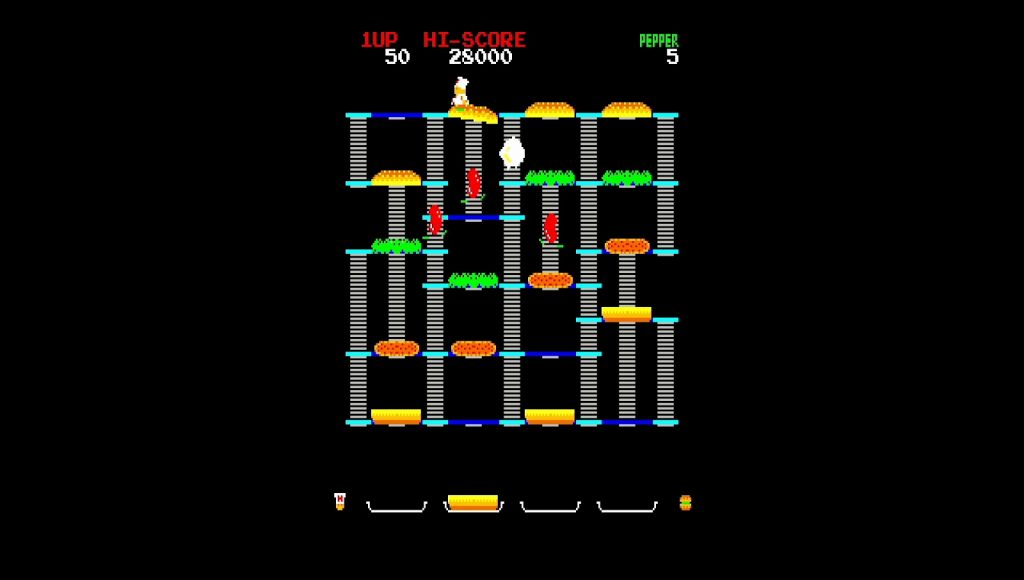 The Evercade interface has been updated on the VS to make more sense of using a full TV screen all the time. Given the plethora of handhelds, MAME systems, Retropies and the rest there’s no shortage of UI options, but the Evercade VS keeps it nice and simple. The console itself supports inserting two cartridges at once, and you can hot swap them without having to reboot, which means you’re only limited to the number of cartridges in your collection.

The pack-in games do represent some genuine classics, a few oddball titles and a handful of games that haven’t aged quite as well. That’s a good description of most (but not all) of the Evercade library, actually.

With just a couple of exceptions, you’re typically getting 8-16 games per cartridge. Some may have the rosy nostalgic glow of your youth, while others might be hidden gems you never got to play back in the day. Others might have been mediocre even back then, but tastes can vary widely on this score.

For whatever it’s worth, I have plenty of time for Double Dragon II and III on the Technos cartridge – apparently there were emulation issues with the original classic – and I’m delighted to own and play a copy of Mania Challenge, though its predecessor Mat Mania/Exciting Hour would have been even better. 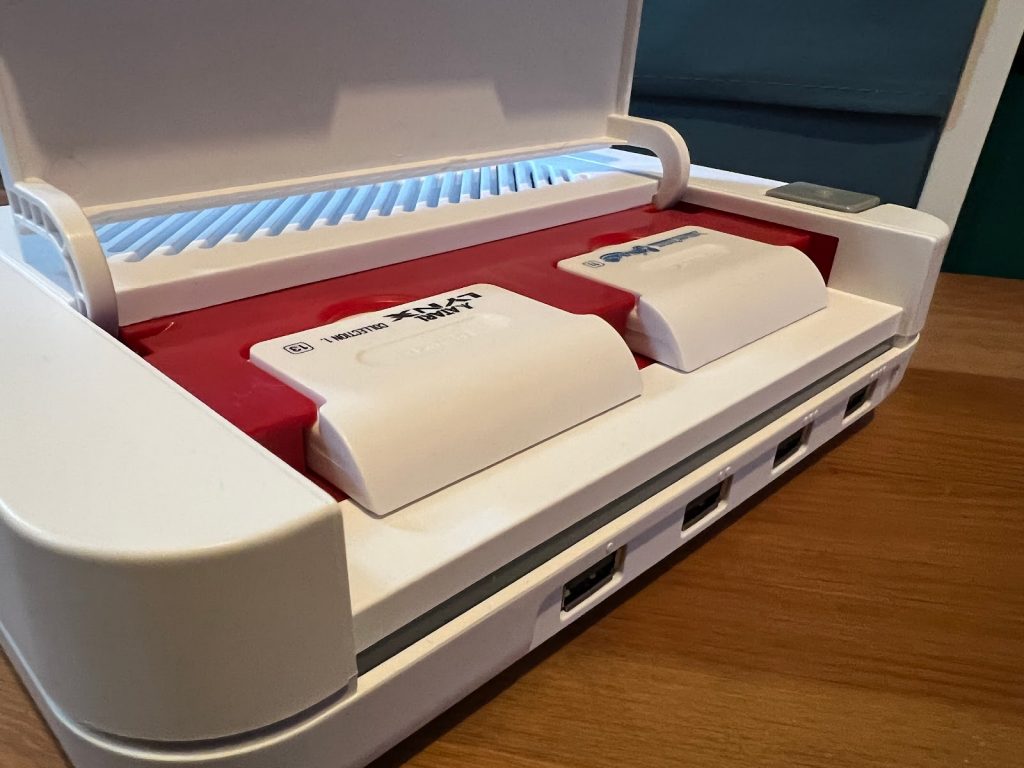 On the Data East side, anyone who doesn’t like Burger King just doesn’t get true classic retro games, even though I’m rubbish at it myself. I can’t get quite as excited by titles such as BreakThru or Darwin 4078, however. Amusingly, Darwin 4078 still tells me that if I’m playing it outside Japan, I’m involved in a crime. Better lock me up swiftly, officer.

The Evercade VS can play existing Evercade cartridges too… unless you’re Namco. The two existing Namco carts specifically don’t work with the Evercade VS, presumably for money reasons, which really rather sucks. Then again, those carts contain games like Pac-Man, Galaga, Dig Dug and Xevious, and it’s not like its particularly hard to track down ways to play those games.

It does feel like a slightly missed opportunity not to have taken advantage of the VS platform for some cartridges that may have supported multiple players. The two Lynx cartridge game collections have games that supported the comlynx, and that should have been trivial to support in an emulation sense… but it’s not to be.

The silver lining here is that while the Evercade VS is cartridge based, it’s also an online console, so it can grab individual game updates and patches over time. You also get the classic “feel” of retro games with the benefits of modern emulation standards such as save states, optional scanlines or pixel-perfect displays and pausing whenever you need to, whether or not those features were supported on the original games or not. Absolute pedants might spot smaller scale differences in emulation from the real thing, and I’ve still got plenty of time for owning real cartridges and real hardware too. However, the difference between owning, say, Iron Commando on the Evercade Vs for around $30 (with 19 other games too) or spending $100-$200 on a real cart makes those quibbles somehow less relevant. 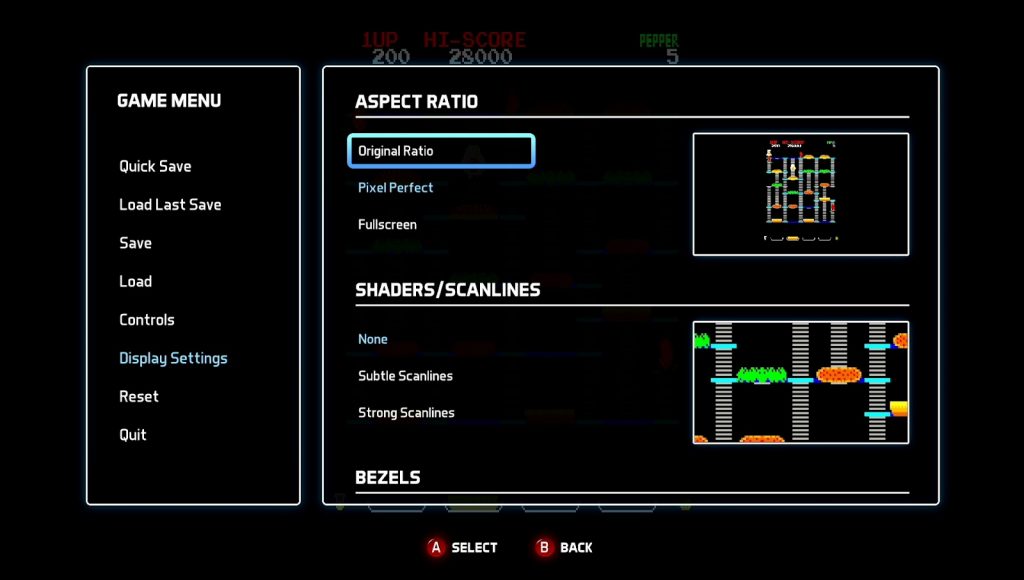 The other admirable aspect of the Evercade Vs (and the Evercade generally) is that it’s not just a platform for unearthing everything from obscure Taiwan-only Megadrive RPGs to long-forgotten arcade coin gobblers, but also indie titles developed after the 8 and 16-bit eras that owe their look and feel to that era.

There’s a lot of scope here for alternative platform publishing beyond what’s currently happening on Sony and Microsoft’s consoles, and with the added benefit of owning the games, rather than having digital licences or just “renting” them in a digital form, as you’d currently do for Switch Online NES, SNES, Megadrive and N64 games.

There are some issues with the Evercade VS hardware. For something that isn’t a cheap knock-off console, it doesn’t feel terribly weighty or able to take knocks the way that a classic SNES or Megadrive very much can.

The supplied control pads feel exactly like the kind of cheap third-party controllers you could buy back in the day, but that’s not a statement of praise. Thankfully you can use most USB-based controllers, including much of the excellent 8BitDo controllers without too much fuss. 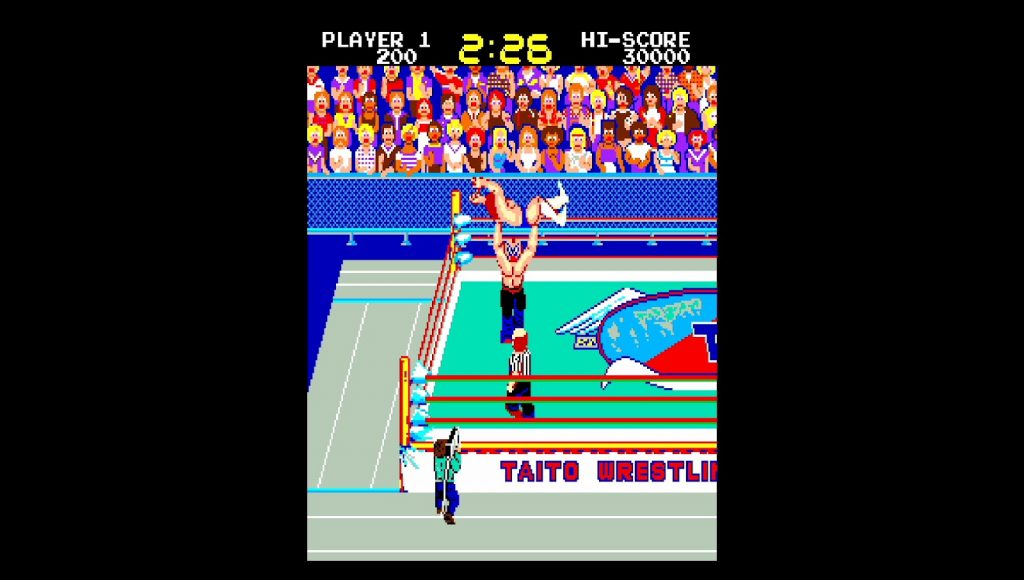 Still, while the screen on the Evercade annoyed me, the Evercade VS allows me to access a wide and growing library of classic and nu-classic games from the comfort of my sofa, by myself or with my family. That’s an investment in both hardware and supporting developers that I’m more than happy to make.