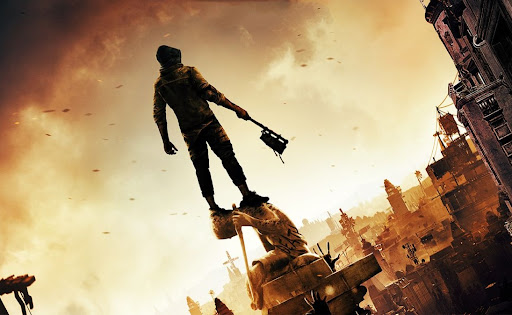 For some reason, the people behind Dying Light 2 are incredibly proud that their game will take 500 hours to fully complete. They boasted on Twitter that it would take longer to achieve this than to walk from Warsaw to Madrid.

Now, is it possible that Dying Light 2 is such a great work of art that it justifies taking 500 hours to complete, and that not a second of that is wasted time? Is it possible that Dying Light 2 needed to have 500 hours worth of content for it to fully explore all its themes and messages? Sure, it’s possible. And in fairness to the developers, they later clarified that the “story” will only take 100 hours to clear. But it’s also a zombie game, so I’m betting that even that 100-hour commitment is filled with a lot of useless content that’s not driving at anything meaningful.

So as a point of comparison, here are some of the things that you could do in the same 500 hours that Dying Light 2 seems to think it’s worth.

1) Walk from Warsaw to Madrid – we may as well start with the very point of comparison that the developers themselves made. Just imagine what you could see and do in a walk across Europe? Sure, you probably wouldn’t encounter any zombies, so it might not be as exciting as Dying Light, but on the plus side, you could set up a TikTok or Instagram and end up being an influencer by the time you came back! And then you can make money by farting into jars. That’s worth sacrificing a Dying Light play through for.
2) Take a university arts course – seriously. A course over a university semester will take around 250-300 hours to complete, including lectures, the readings, study, exams and so on. You could study a half dozen great works of literature and films across two courses and deepen your knowledge and appreciation of the very finest in the arts in the same time it takes to consume Dying Light 2.
3) Make your own game. In 500 hours you could easily self-teach yourself a working knowledge of Unity, or you could use one of the easy “-maker” tools, from RPG Maker or Game Maker to Ren’Py, to produce an entire game in the length of time that Dying Light will occupy you. In doing so, you’ll be thinking creatively, learning things, and having a whole lot of fun.
4) Watch 200 films. Allowing that the modern film sits somewhere between two and three hours long , you could watch around 200 films for the length of time that Dying Light 2 would take. One of the reasons that people seem to like these stupidly long games is because it’s “value for money” or whatever, but does anyone actually think any single game is better value than 200 brilliant films?
5) Start a new hobby. You could get an entire Warhammer army painted up in 500 hours. You could learn how to paint Monet-style impressionism on canvas. You could get halfway there in learning how to play the good Final Fantasy music on a keyboard. I really can’t emphasise this enough – 500 hours is enough time to get competent at an entirely new skill. And, yes, you might get a platinum trophy in Dying Light 2, but if you get a similar sense of reward from doing that as you do nailing Good King Mog on the keyboard you really need to put the controller down for a while.
6) Play the entire Resident Evil series. You like zombies? I sure do, too! Did you know that you could play through the entire Resident Evil series in the same time it takes to play Dying Light 2? We’re talking about masterpieces like Resident Evil 4 and the remake of 2, the brilliantly different vision of Village, and the kitcshy fun of 0 and the Revelations titles. Or you can do whatever Dying Light 2 is doing to pad itself out.

7) Go on a three-month holiday. If you break out the calculator, you’ll realise that 500 hours works out at 62.5 working days (eight hours per day). Divide that by five and you’ll realise that if you were to take a holiday to play the game you would need to take a three month holiday, replacing the working day with gaming time. If these comparative numbers aren’t boggling your mind yet, over how obscene it is for a game to ask for 500 hours of your time, how are they not?

8) Learn Japanese. If you spend 500 hours sitting on Duolingo and then trying to apply that knowledge (for example, reading Japanese text or manga or whatever), then you can open up to yourself an entirely new world of art – the stuff in Japan that doesn’t get localised. It’s not just the games, either. There are so many books and films that you’ll never get to enjoy unless you understand Japanese, and I assure you, 500 hours will get you a long way down the path to competent Japanese skills.
9) Read a lot of books. I know it’s positively old fashioned to be suggesting that people read books in 2022 – I must be a boomer, right? The reality is that reading books helps you to enjoy a bunch of games more. Dynasty Warriors becomes so much more enjoyable if you’ve actually read Romance of the Three Kingdoms, and can see how Koei Tecmo has gone about adapting it. The more familiar you are with Sartre and Camus the more Yoko Taro’s games become fascinating. It applies to western games, too – Assassin’s Creed, for example (themselves vastly bloated games, but at least not 500 hours’ worth of bloat… for now) becomes all the more interesting if you’re familiar with the people, events, and locations from the history books. Games are an art form. The experience of them is enhanced when you know more about the arts.
10) Just do anything else. There’s a lot of sarcasm and snippiness in what I wrote above, but here’s the dead-serious reality: No single game is worth 500 hours of time. Ever. There is no way Dying Light 2 is deep enough, interesting enough, artful enough, intelligent enough or, frankly, entertaining enough to be worth even a fraction of that time. The game doesn’t respect you and it’s only that long because of entirely cynical reasons. Don’t play into it.
DigitallyDownloaded.net will not be reviewing Dying Light 2. We’ve all got better things to do.